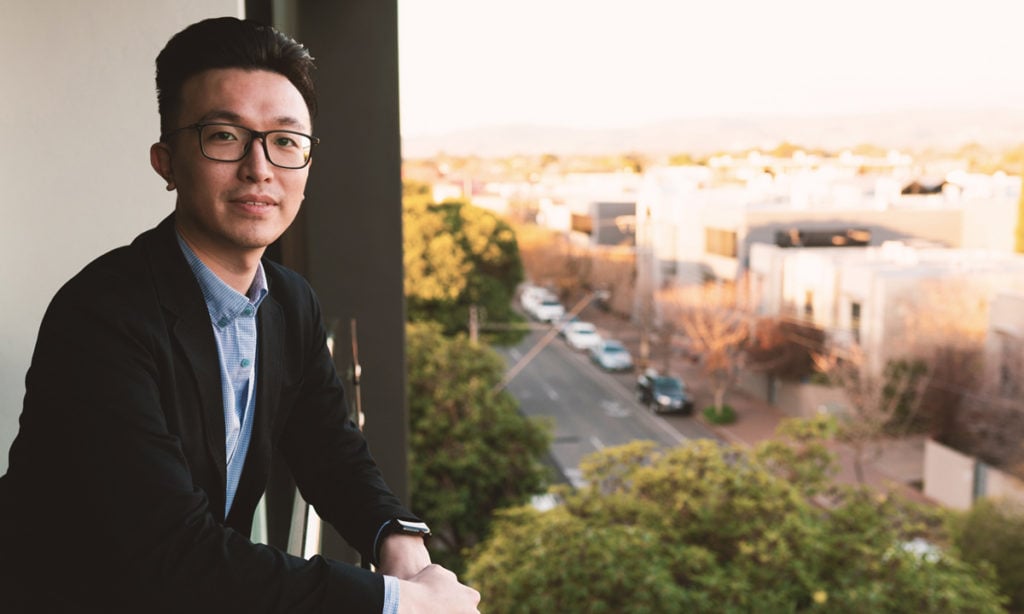 Flinders University in South Australia has teamed up with a company that made its name developing a popular fitness app to create an app that can track and trace biological threats.

“We had a rough idea of what we wanted and PixelForce brought it together for us,” Cuttance said.

Cuttance said the app is divided into the four ‘Chain of Custody’ components used in the field of biological threat reporting: See, Record, Collect and Report and guides front-line workers on the use of personal protective equipment and handling and collecting suspicious material.

The app allows investigators to then upload photos and reports directly through email or secure messaging services.

“As an incident investigation tool, the design of the UI and UX needed to be quick and easy to use,” Lo said.

“A simple interface and a streamlined user flow mean that in just a few minutes investigators can create a highly informative field report that captures all the key details needed in an incident report.”

An international working group that included the World Health Organisation, INTERPOL and the World Organisation for Animal Health first identified the need for the field-based solution and the TRI was invited to put forward a competitive grant to the Government of Canada’s Weapons Threat Reduction Program to fund the development.

The platform was tested in Australia in late 2019, with successful international trials being completed in January and February this year.

“SuspectED is designed to capture crucial information in determining a biological threat and detect any internet connectivity, and if detected, SuspectED would actually self-update contents of the app,” Lo said.

“We developed the app so it can be used in high-risk or remote areas. These areas are typically so remote that an internet connection is extremely limited so the app must be able to work offline.”

The application stores all information locally to the user’s device, evading the concern of privacy and personal information breaches.

Cuttance said the application was specifically created for developing countries that had a shortage of staff and systems to deal with biological risks to humans and animals.

“When faced with indicators of biological threats, rapid response is imperative,” Cuttance said.

“In Australia, there are documented communication pathways that ensure emerging or deliberate biological risks are acted on quickly in line with government regulations.

“But organisations in many countries operate in an environment of reduced resources and less structure, so a variety of identification and communication tools might be used without clear response and feedback mechanisms.

“This can translate to delays in the flow of information and loss of valuable time to constrain a threat.”

The free app is now being used in India, Pakistan and Indonesia.

The TRI team used another Adelaide company, Black Sheep Advertising, to run a marketing campaign for the app through LinkedIn.

“We could target the specific audiences we wanted and predominantly worked on a range of Southeast Asia through to the Middle East,” Cuttance said.