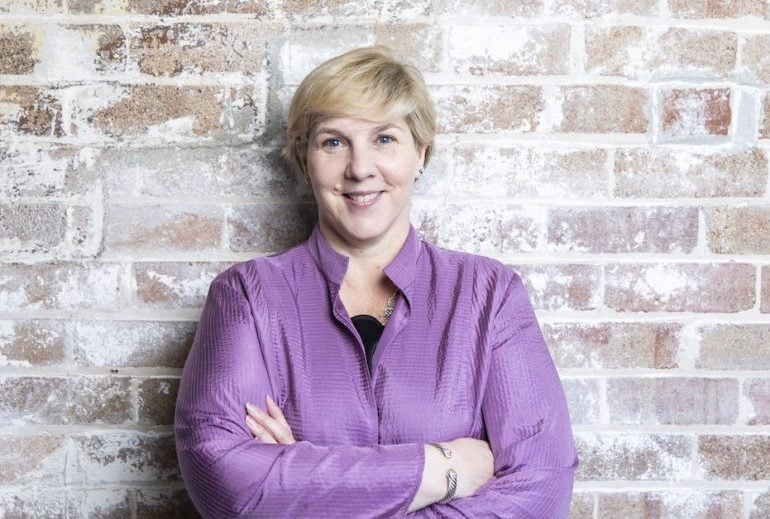 A new industry lobby group pushing for greater support for the growth and investment in Australia’s tech sector has been formed by the nation’s leading tech unicorns and venture capitalists.

Robyn Denholm, chair of Tesla, will also chair the Tech Council, which has three key goals: to employ one million people by 2025; grow the value of tech to Australia’s GDP to $250 billion by 2031; and Australia to be the best place to start and grow a global company.

StartupAUS, the industry body that launched in 2014 when many of those unicorns were just starting out, will be part of the Tech Council.

“With the right investment and partnership, the tech jobs opportunity can get much bigger. Since 2005, tech jobs have grown by 66%, compared to an average jobs growth rate of 27% across the economy,” she said.

“During the pandemic, the tech sector generated 65,000 jobs, one of the economy’s highest job creators.”

The Tech Council commissioned consultancy firm Accenture to look at the economic impact of the tech sector on Australia, releasing a new report into its impact today.

The tech sector is equivalent to Australia’s 3rd biggest industry, just behind mining and banking. 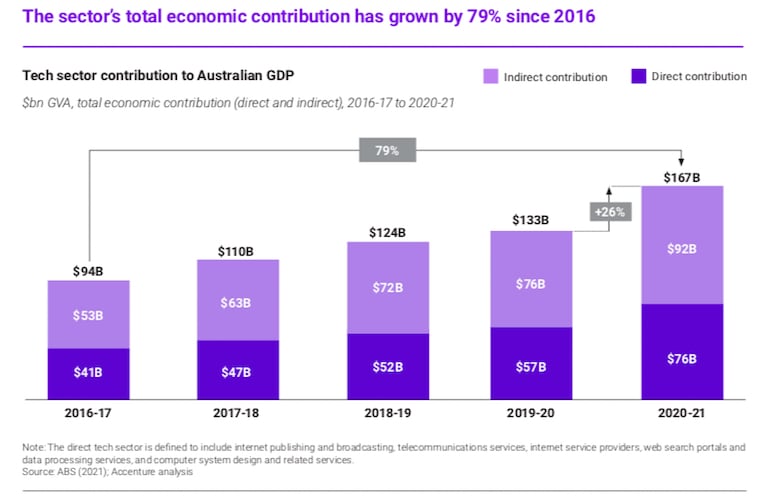 Tech’s economic impact on Australia over the last five years according to the Accenture report.

Robyn Denholm said the tech sector had already been critical to managing Australia’s Covid-19 response and is eager to contribute further to the nation’s economic recovery. By the end of the decade, the technology sector has the potential to contribute more to GDP than either primary industries or manufacturing.

“While we have a lot of uncertainty across the rest of the economy. Technology has succeeded despite this uncertainty,” she said.

“Crucially, it is an enabler of all other sectors, helping mining, agriculture, banking, and health drive new growth and productivity. As we rebuild our economy in the years ahead, technology has the potential to expand and create great jobs for our kids and grandkids.”

The Accenture report said the local tech sector matured quickly over the last decade following increased support from government and industry and the reform of the VC sector.

Investment in early stage information technology (IT) companies increased by more than 1,000% since 2011, with high growth tech firms now raising twice as much on average compared to 2015.

More than 800 VC deals were completed between 2015 and 2020, worth 5x the aggregate value of deals in the preceding first five years of the decade. 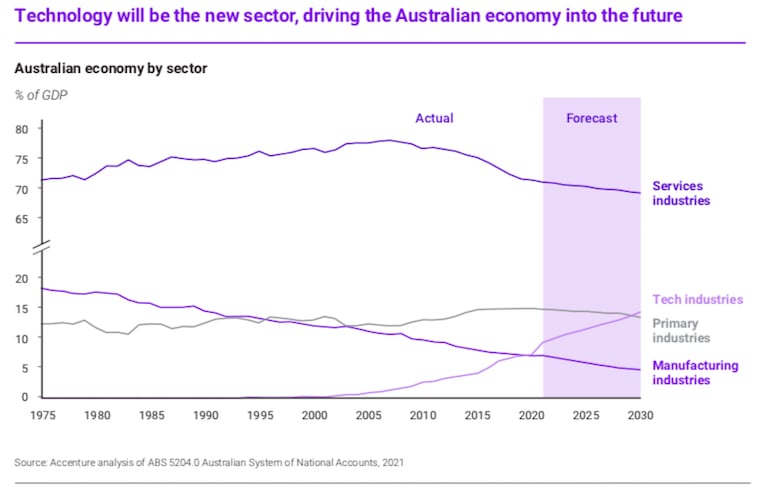 Former Accenture MD and McKinsey executive Kate Pounder has taken on the role of Tech Council CEO and said she wants to ensure all Australians are fully aware of the opportunities to access jobs in the sector.

“The boom in tech-related jobs means there are now more software engineers and developers in Australia than hairdressers, plumbers, or high school teachers. That’s 1 in 16 working Australians,” she said.

“Tech workers are most likely to live in Western Sydney and Melbourne’s outer suburbs because of their housing affordability, with Southeast Queensland actually fastest growing area for tech jobs.

“This is especially important given the diversity of companies in the tech sector including 35,200 sole traders, 26,100 businesses with fewer than 20 employees and 100 large firms of 200+ employees.

Software engineers is now the 14th most common occupation in Australia.

The number of workers in ‘indirect’ tech jobs is equivalent in size to the mining sector’s 250,000 employees, the Accenture report says. 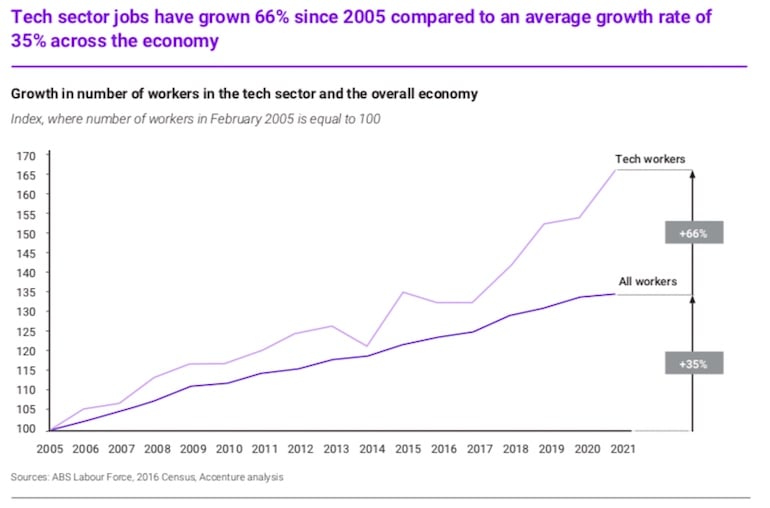 Jobs growth in Australian tech over the last 15 years compared to general jobs growth according to the Accenture report.

But it argues that compared to other countries in the OECD, beyond technology adoption, Australia is behind in measures of technology innovation and creation.

It does well on metrics such as the proportion of businesses employing ICT specialists (ranking third out of 38), business adoption of cloud (6th) and business social media use (10th).

But the nation falls in the rankings for measures of domestic technology innovation and creation such as R&D budget (11th), R&D incentives (20th for SME tax subsidies and 26th for large business tax subsidies) and VC investment (11th).

Overall, Australia ranks 36th out of 38 in the OECD for its ICT trade balance.

Australia’s tech sector is still smaller than peer economies such as Canada, and needs to match its global peers to reach one million jobs by 2025.

The report warns that there are several barriers to growth that Australia needs to address, with a focus on policy actions across the three key components:

• Regulation: Bringing a whole-of-government approach and collaborating with industry to develop fit-for-purpose regulation that considers the far-reaching impact of the tech sector.

Other key findings in the Accenture report are that:

The Tech Council will also take on the responsibilities of StartupAUS, including the publication of the annual Crossroads report, and advocate for the interests of early and growth-stage technology businesses, lobbying to help develop effective regulation for new and emerging technologies.

The council’s arrival means Australia now has four key tech sector associations lobbying government on policy, including the peak tech body, the Australian Information Industry Association, as well as Fintech Australia, and IGEA, the peak industry association for the video games industry in Australia and NZ.