Startup Daily’s most read stories of 2021 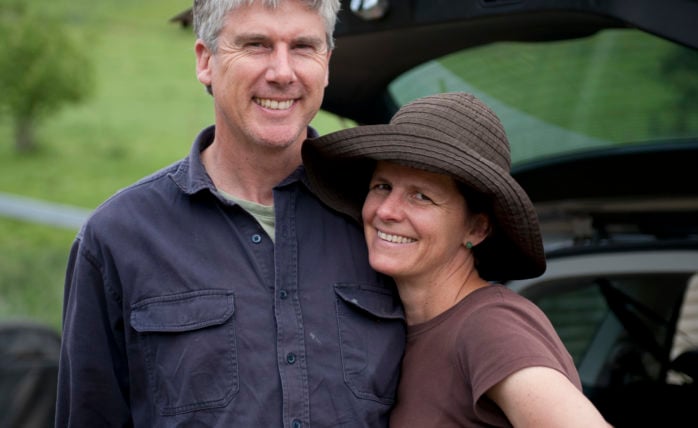 While new variants of Covid-19 gave the past year a Groundhog Day quality after the initial disruption of 2020.

But despite the additional chaos, it was an another exciting year for the startup and tech sectors amid massive raises, the rise of more venture capital funds and plenty of mergers and acquisitions.

On that front there were a couple of major deals that caught the attention of our readers, kicking off with US technology workforce development company Pluralsight snapping up online learning startup A Cloud Guru in a $2 billion deal for the now London-based startup.

A Cloud Guru began life in 2015 in a Melbourne bedroom as the vision of brothers Sam and Ryan Kroonenburg, and the merger was one of Australia’s biggest M&A tech deals, only to be pipped a month after it was completed in July when Block (nee Square) made its stock-swap move on fintech Afterpay.

It was also a big year on the M&A front for Kayla Itsines, the Australian personal trainer who used social media to become the world’s biggest fitness influencer. She sold her Sweat app to US connected fitness software company iFIT for $400 million.

Itsines co-founded the venture with her then partner, Sweat’s CEO, Tobi Pearce, as “Bikini Body Guides” back in 2013. The formula, a 12-week high intensity workout for a better body, targeting younger women, has remained unchanged over the past eight years. 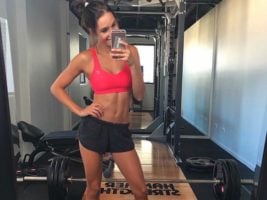 Sweat became the most downloaded fitness app in the world by 2016 and is now translated into eight languages and available in 155 countries.

Itsines and Pearce will remain in their existing roles at the company, which will remain a standalone venture for iFIT, headquartered in Adelaide.

It was also a massive year for Canva, with huge surges in the privately-owned design platform’s valuation across two raises in 2021.

From an $8.7 billion valuation in less in June 2020 following an A$87 million raise  it more than doubled to $19.6bn following a fresh A$93m investment in April last year.

Less than six months later, after taking on another $273m in a funding round in September 2021, the value of the company surpassed Afterpay to hit a staggering $54.5 billion.

If the 8-year-old Sydney tech venture was listed on the ASX, it would make the top 10 companies by market capitalisation. Its valuation is now on a par with then market cap of Andrew Forrest’s Fortescue Metals Group, and well ahead of corporate titans such as Woolworths ($49bn) and Telstra ($47bn).

In response, co-founders Melanie Perkins and Cliff Obrecht reiterated their plans to give away most of their fortune, believed to be worth more than $16 billion.

In other good news for the company that our readers loved, Canva cracked top 3 in the Forbes Cloud 100, one of just two Australia tech companies to make the cut.

Speaking of raises, one of the most exciting moments of 2021 came courtesy of Zero Co’s record-breaking $5 million crowd-funding raise, which too just six hours. It broke multiple records and set a new benchmark for CSF campaigns.

Aside from that pandemic and ongoing lockdowns, the other major irritation of 2021 was having our phones bombarded with scam delivery messages. We share why and what can be done and boy did it resonate with readers.

Startup Daily readers are really interested in early stage investment, with three of our top ten stories involving two new VC funds as well as Antler, the accelerator and VC, which changed its approach to backing startups.

When Antler revealed 13 new startups it had backed nearly half had a female founder who’s also the CEO. :

The there were the newcom: Black Nova, the VC fund that had backed 23 startups in stealth mode and already had an exit; and Byron Bay VC ReGen Ventures, which raised $67 million to back tech startups that help heal the planet.

And one other story resonated strongly with our readers in 2021, although it came from the very start of the pandemic and continues to hold true as entrepreneurs and small business owners struggle with the ongoing impact of the pandemic.

The hospitality sector is again being hit hard as Omicron case numbers saw and a lack of staff forces restaurants and cafes to close or cancel functions, which some starting to say it feels worse than the forced lockdown closures because they also no longer have government financial support to survive.

In March 2020, Tasmanian ‘Gourmet Farmer’ and restaurateur Matthew Evans wrote with great openness, beauty and pain on resilience and hope in the time of coronavirus, as he was forced to let go of staff and contemplate an uncertain future for his fledgling business.

The good news is things are growing well on Fat Pig Farm, the special events back on, including a two-hour cruise down the Huon River, with picnic lunch, on the traditional Danish ketch, and the restaurant is open, with bookings available for the lunch feast of produce from the farm on January 20

It’s a reminder than hope and resilience are eternal.