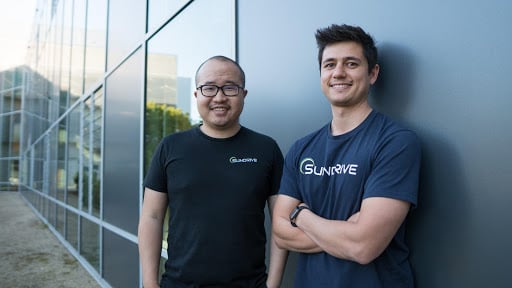 A $9 million project to make cheaper rooftop solar panels by replacing the silver in production with copper has attracted $8 million in funding.

The raise comes on top of $3 million SunDrive received earlier this month from the government-owned Australian Renewable Energy Agency (ARENA) to scale from an industrial-sized cell to a commercial size module for use on household rooftops. A small scale automated production line prototype is being developed, with the aim of producing the technology in Australia.

The new cells could be up to 30% cheaper than current panels.

The Series A is a follow up investment for Blackbird, which originally backed SunDrive’s seed round in 2018, and founding partner Niki Scevak has joined the startup’s board.

With solar manufacturing already chewing up around 20% of the world’s total annual industrial silver consumption, exacerbated by next generation solar cell the require two to three times more silver per cell – some predictions estimate demand for silver by the industry will grow five-fold by 2030 – SunDrive’s competitive advantage is that it replaces silver with cheaper and more abundant copper. It’s also introducing a simpler manufacturing process and thinner cell that requires less silicon to produce.

The company says its 250-square-centimetre solar cells are the most efficient commercial-sized solar cell ever made in Australia. 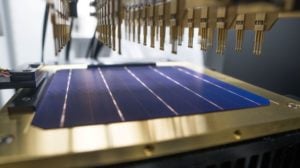 Sundrive co-founder and CEO Dr Vince Allen said that as solar production grows and production costs move closer to the raw material costs, they’re pushing the boundaries on those limits.

“We see a future world where the cost of solar will be dominated by raw material costs and Australia is probably the best positioned country in the world to take advantage of this;” he said.

“We have some of the largest quantities of raw materials for solar manufacturing, including silicon and the second highest reserves of aluminium, copper and nickel. We have an opportunity on the sunniest continent in the world to make something of these and export solar energy all around the world.”

Allen conceived the idea for SunDrive during his PhD studies at University of NSW, founding the company in his garage in Wollongong with undergrad flatmate David Hu in 2015.

SunDrive is relocating to Kirrawee in Sydney’s south to scale its operations, and is expanding its team with 10 additional staff over the next 12 months

The company already has some prominent industry backers with Suntech founder Dr Zhengrong Shi SunDrive, initial investor and on the company’s board alongside Sylvia Tulloch, founder of solar R&D company Dyesol.

After the initial focus on rooftop solar, taking advantage of the higher efficiency cells in a limited, premium space, SunDrive hopes to turn its attention to  large scale solar.ARENA CEO Darren Miller said it was fantastic to see an Australian solar startup at the forefront of producing the next generation of high efficiency solar cells.”Through technological innovations from startups like SunDrive, Australia will remain at the forefront of solar innovation and research and development for years to come,” he said.
Previous article Queensland biotech Microbio has developed a rapid Covid-19 test that can also tell if you are infectious
Next article Zebit, the latest BNPL to IPO, plunged 34% on debut
Via Other tech
Tags ARENAcapital raiseMike Cannon-Brookesnewsrenewablesseries asolar energy