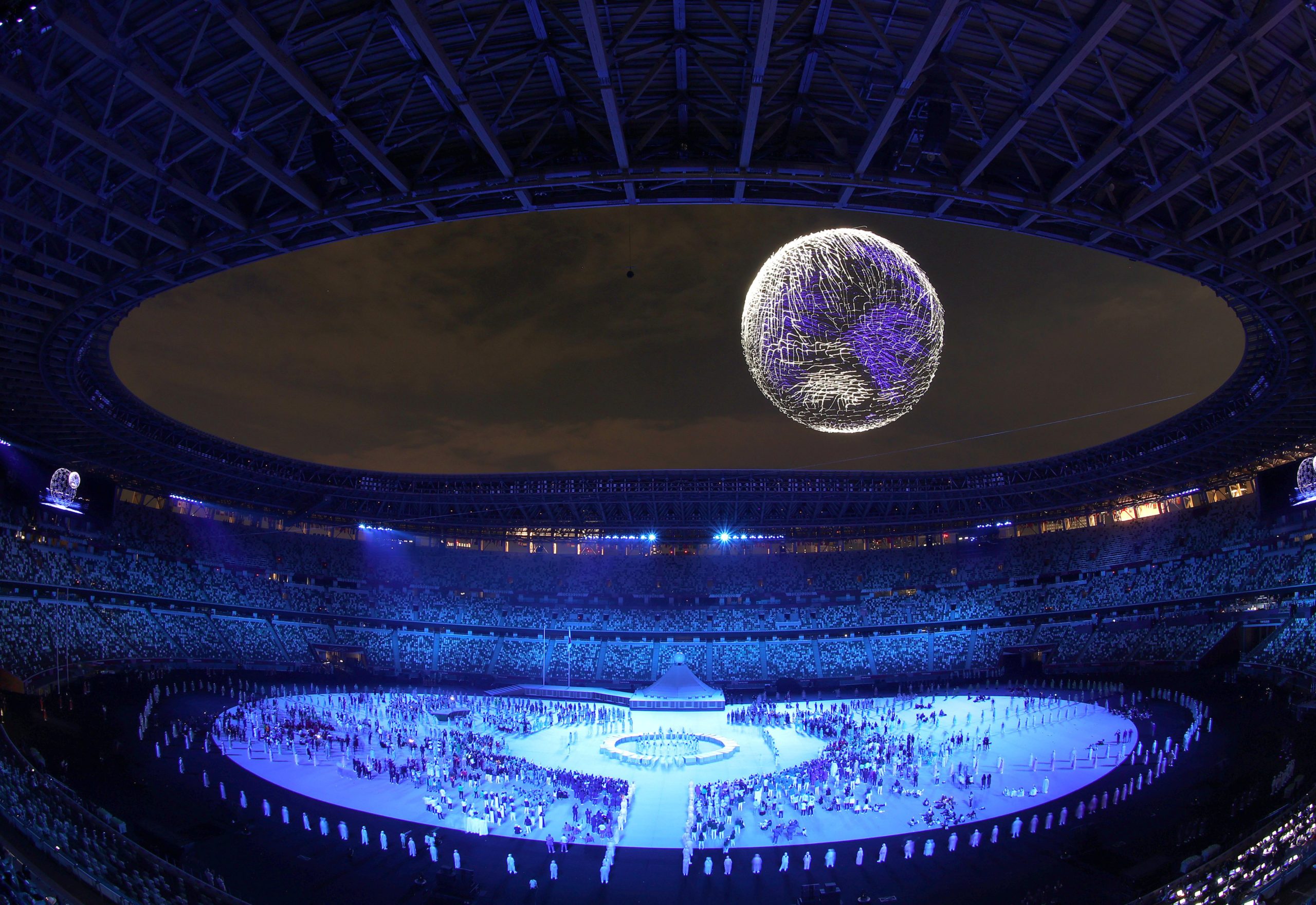 Given Japan’s long-time position as a high-tech leader, Tokyo’s 2020 Olympics were a natural way to show off the country’s know-how and manufacturing capability – and as the spectacular drone display of the opening ceremony gave way to the everyday competitions of the next two fortnight, new technologies were everywhere.

That drone exhibition – in which a colony of 1824 multi-coloured drones flew 175 metres above the Olympic stadium and morphed into a variety of shapes including a moving world globe – tasked 15 people with programming and co-ordinating the devices into a living art form.

It was a showcase of technological expertise that has been embedded everywhere in the Games – from the venues hosting the thousands of athletes and support staff, to the crucial broadcast coverage and even the clothing the athletes are wearing.

Wearable sensors, for example, are helping protect against heat stroke and revolutionising the delivery of many sports – with sensors attached to every athlete’s shirt collecting 2,000 data points about their movement and acceleration every second.

Sensors in athletes’ socks – first introduced at the London 2012 Olympics and updated for the Tokyo Games – measure the acceleration and impact of kicks during Taekwondo competitions.

AI-backed cameras are providing unprecedented insight into the mechanics of the events, tracking the movement of baseballs and volleyballs and allowing swimmers’ and runners’ speed to be tracked in real time and overlaid onto TV broadcasts.

Technology isn’t only being used on the field, however: in a pique of contactless innovation that proved doubly relevant given ongoing COVID concerns, AI-based facial recognition systems are managing access control at athlete villages and events.

Given Japan’s long-standing robotics expertise, it was only natural that they would also feature during the Games – with robotic welcome guides greeting visitors, virtual mobility and telepresence robots roaming the Olympics venues, delivery support robots bringing food and drinks to athletes, and autonomous robots developed to retrieve javelins and shots thrown during athletics events. 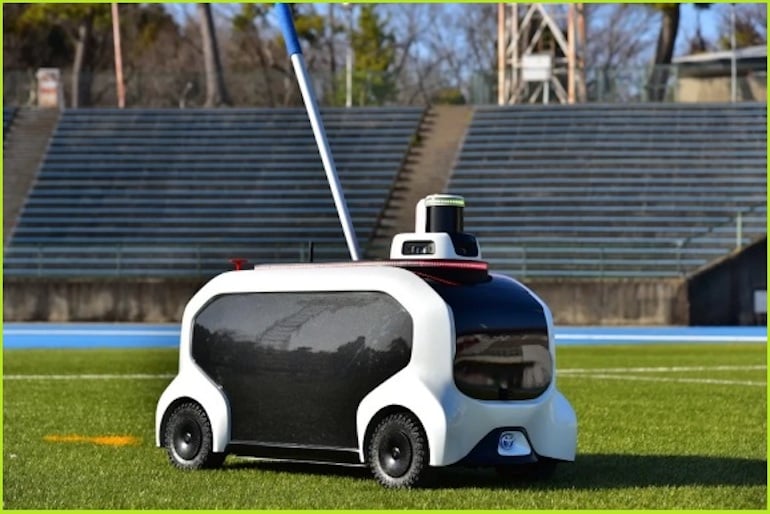 The gaming-mad country has also doubled down on virtual reality and augmented reality, overlaying statistics for spectators at certain events and introducing an Olympics Virtual Series that let viewers participate in baseball, cycling, rowing, sailing, and driving competitions from home.

Software innovation has also featured heavily during the Games, with broadcast footage delivered entirely from the Alibaba Cloud, an instant language translation called VoiceTra, a $90m contact-tracing app that has raised eyebrows.

Also featuring heavily in the Games is the country’s emerging ‘hydrogen economy’ – a fast-emerging renewable power source that was originally intended to power everything – from the heat, hot water and light at the Olympic village to a fleet of 100 hydrogen fuel-cell buses, to hundreds of self-driving vehicles and even the Olympic cauldrons.

The scope of the Games’ hydrogen power was ultimately scaled back as cost issues bit hard, but the Games will nonetheless stand as one of the first large-scale demonstrations of hydrogen’s viability across multiple uses.

Official Olympics technology sponsor Atos, charged with making all of the technologies work seamlessly together across the Tokyo Olympics and Paralympics, is slated to continue its support through the Beijing 2022 Winter Olympics and Paris 2024 Summer Games. 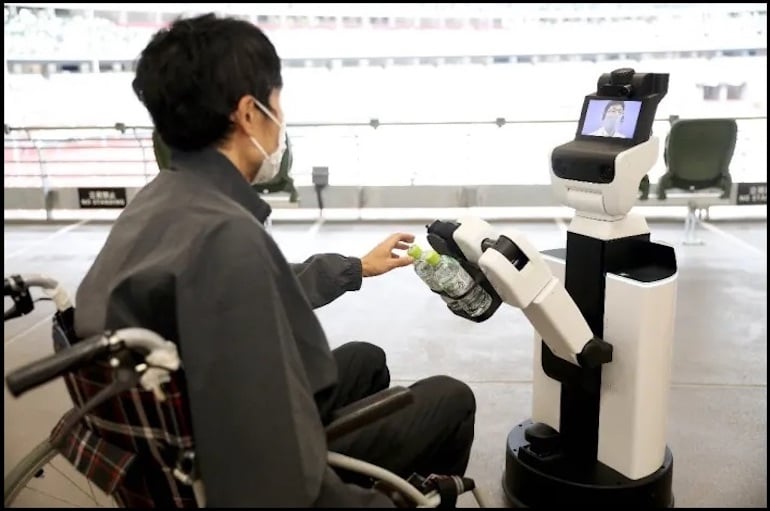 Back home, the Games are setting technological milestones of a different sort.

Australian Olympics broadcaster Seven Network has reported massive streaming volumes for its 7Plus Olympics coverage, which was touted early on as “the biggest digital event in Australia’s history” and features dozens of livestreams spanning every Olympic sport – as well as tantalising new metrics for advertisers.

Yet amidst the technophile’s paradise that is the Games, cyber security experts were warning of likely security threats.

“We can expect the usual coterie of malicious nation-state actors to target this year’s Games, especially in cases where a country has been prohibited in some respect from participating,” said VMware head of cybersecurity strategy Tom Kellermann, who warned that “the destructive cyberattacks we’re seeing target industries like the financial and healthcare sector may also be launched against the Olympic Committee’s digital infrastructure.”

“The real main event of the Olympics is not the 200m freestyle,” said Brian Spanswick, chief information security officer at Cohesity.

“On the IT side, it’s coming out of the games without being massively impacted by ransomware attacks.”

Previous article ‘Australia has a problem with men who bully women’: leading VC investors write to the AFR about its treatment of Elaine Stead
Next article Afterpay sales doubled to $21 billion in FY21
Via Other tech
Tags contributor postInformation AgenewsOlympicsTokyo