Elon Musk claims his Neuralink brain chip could ‘cure’ tinnitus within 5 years, but here’s why it may take longer 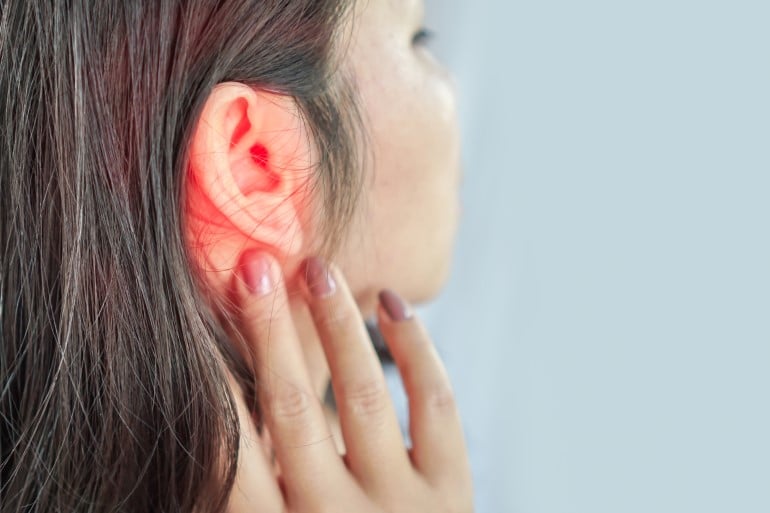 The human brain is said to be the most complex biological structure ever to have existed.

And while science doesn’t fully understand the brain yet, researchers in the expanding field of neuroscience have been making progress.

Neuroscientists have made substantial inroads towards mapping the complex functions of the brain’s 85 billion or so neurons and the 100 trillion connections between them. (To put this astronomical number into perspective, there are upwards of 400 billion stars in the Milky Way galaxy.)

Enter Neuralink, a Silicon Valley start-up backed by Elon Musk that has developed a neuroprosthetic device known as a brain-computer interface. Among other things, Musk claims this chip could cure tinnitus, the neurological condition that causes ringing in your ears, within five years. But is this possible?

The coin-sized Neuralink device, called a Link, is implanted flush with the skull by a precision surgical robot. The robot connects a thousand miniature threads from the Link to certain neurons. Each thread is a quarter the diameter of a human hair.

The device connects to an external computer by Bluetooth for continuous communication back and forth.

In future, Neuralink prostheses might help people with various kinds of neurological disorders where there is a disconnect or malfunction between the brain and the nerves that serve the body. That includes people with paraplegia, quadriplegia, Parkinson’s disease and epilepsy.

Since its establishment in 2016, Neuralink has been recruiting top-class neuroscientists from academia and the broader research community to develop the technology to treat these conditions.

Neuralink’s monkey can play Pong with his mind

In April 2021, the company released a remarkable proof-of-concept video. It showed a nine-year-old macaque monkey called Pager successfully playing a game of Pong with his mind, by having an implanted Neuralink device connected to a computer running the game. 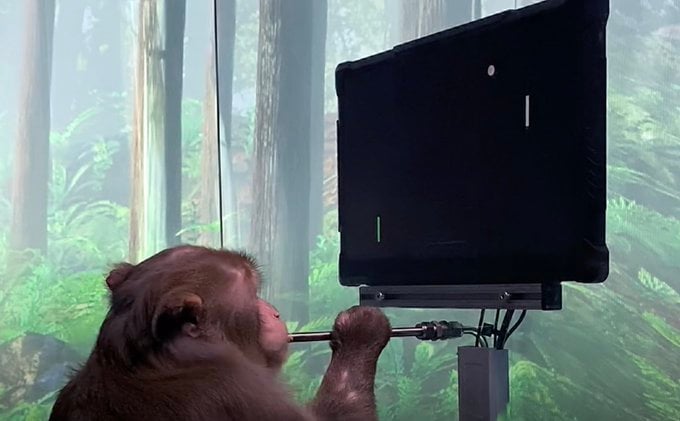 Pager was shown how to play Pong using a joystick. When he made a correct move, he’d receive a sip of banana smoothie.

As he played, the Neuralink implant recorded the patterns of electrical activity in his brain. This identified which neurons controlled which movements.

When the joystick was disconnected, Pager was able to play the game and win using only his mind.

Human trials to further develop the Neuralink prototype are expected to commence towards the end of 2022, contingent on United States Food and Drug Administration (FDA) approval.

Elon Musk has claimed the Neuralink device could cure tinnitus by 2027.

Tinnitus is a neurological condition that manifests as a ringing or buzzing in the ears in the absence of an external source.

Tinnitus is a common problem, caused when the nerve that connects the inner ear with the brain, known as the vestibulocochlear nerve, is damaged due to prolonged loud noise, injury or deficiencies in blood supply.

A cure for tinnitus has proven elusive. Treatment currently centres on masking the sound or learning to ignore it.

At present, the Neuralink prosthesis connects to the cerebral cortex, the surface layer of the brain. This is where the device can remedy damage to the brain’s ability to process motor sensory input or output.

These claims might appear grandiose. Yet the underlying science is not controversial.

Neural implants have been helping people since the early 1960s when the first cochlear implant was placed in a person with impaired hearing. There has been much progress in the 60 years since then.

Neuroscientists are broadly optimistic the device has potential to treat tinnitus. It may also be useful in treating obsessive compulsive disorder, repairing brain injuries, and treat conditions such as autism or degenerative diseases of the nervous system using deep brain stimulation.

As Paul Nuyujukian, director of the Brain Interfacing Laboratory at Stanford University, observes:

We are on the cusp of a complete paradigm shift. This type of technology has the potential to transform our treatments. Not just for stroke, paralysis, and motor degenerative disease, but also for pretty much every other type of brain disease.

What do we need to be cautious of?

To be approved, the company must provide exhaustive clinical trial data from non-human test subjects (such as Pager the monkey) to conservatively justify moving to the next phase. Some monkeys have died during Neuralink’s tests, and critics have raised animal welfare concerns.

The approvals process for human testing could take some time.

The regulators will be looking for unintended negative consequences of the device, such as depression. Also of interest will be how practical it is to remove or repair a device should it malfunction, and how to manage the risk of brain injury or infection.

Once FDA-approved, Neuralink will enlist human volunteers and the next round of trials will proceed.

How long it will be until the device is commercially available and how much it will cost is anyone’s guess. It could be years and with a price tag that puts it out of reach for all but the wealthy.

So it’s wise to not hold out false hope for an affordable implant in the short term.