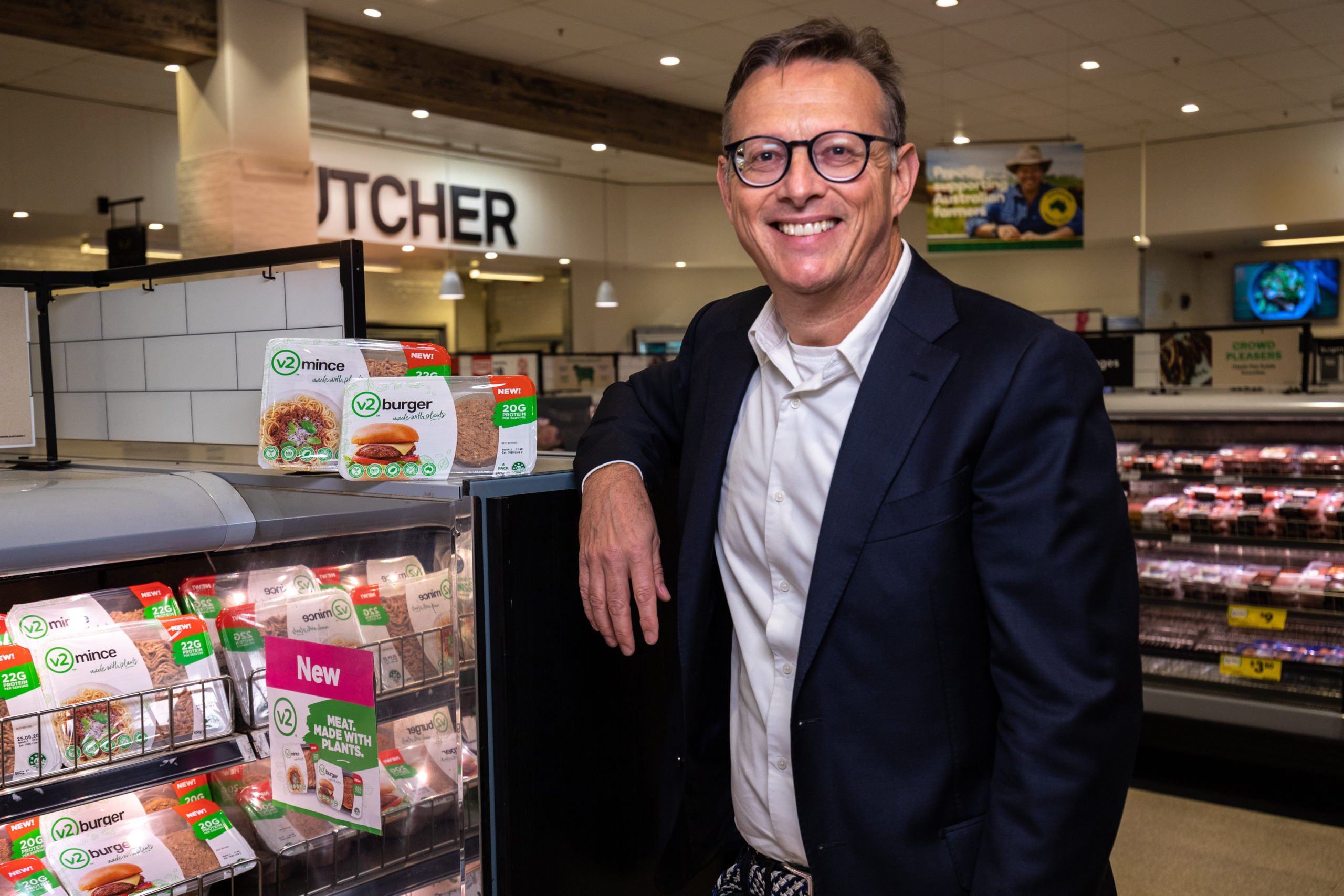 The plant-based mince and burgers developed by the CSIRO-backed alternative protein startup v2food will start hitting the shelves in more than 600 Woolworths stores from today, less than a year after it was first released as the burger in the Hungry Jack’s Rebel Whopper.

V2food launched last year in a collaboration between the CSIRO, its VC arm Main Sequence Ventures and Competitive Foods, the company owned by billionaire Jack Cowin of Hungry Jacks fame. Last October the company raised $35 million in a Series A round less than 10 months after launching, with its backers also including Horizons Ventures, along with the Fairfax family’s private investment vehicle Marinya Capital and Sequoia Capital China.

v2food was co-founded by former Masterfoods and PepsiCo executive Nick Hazell. The company is building a $20 million processing plant on the NSW-Victorian border. He is planning an additional investment round in the coming months.

The products enters an increasingly crowded space pioneered by Silicon Valley tech ventures such as Beyond Meat and Impossible foods, along with several local rivals. The Woolworths shelves already feature alt-meat products by companies such as Made with Plants, The Vegan Factor, Wildly Good, Veef, Next Gen and Why Meat Co, as well as “braised beef” made from mushrooms by former Shoes of Prey founder Michael Fox’s Fable Food Co. Even Nestle produces a fake meat burger under the Harvest Gourmet brand.

Last month v2food launched its fake meat products in Drakes supermarkets in South Australia and Queensland, and has also been supplying them via Marley Spoon and Dinnerly. The vegetable mince, which is made from legumes, costs roughly the same as beef mince at $8.50 for 500g, with a four-pack of burgers priced at $9.

Like its Beyond Meat rival, the V2food burger brags that it contains 20g on protein on its package. The pricing pitches the Australian product as slightly cheaper than many others in the category at around $20-t0-28 a kilogram.

An estimated 60% of Australians and New Zealanders say they have either tried or want to try plant-based meat.