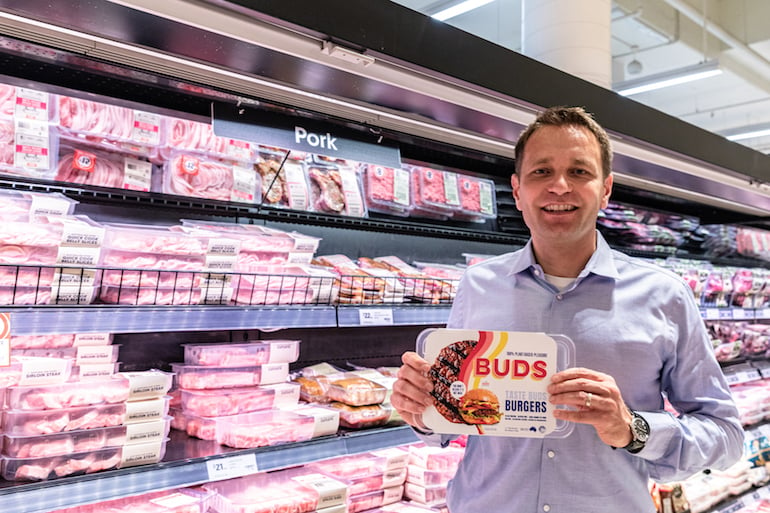 A new, Sydney-based alternative proteins startup has joined the race for fake meat market share in Australia, raising $16 million in a seed round.

Leading the investment in All G Foods was the federal government’s Clean Energy Finance Corporation (CEFC), which chipped in $5 million through its Clean Energy Innovation Fund alongside several prominent angel investors.

The CEFC innovation fund has $10 billion to invest on behalf of the Australian Government.

All G Foods is launching its first product, a plant-based burger in IGA supermarkets and selected burger ventures this month.

The company is looking to develop a range of alt-meat products, including plant-based mince, sausages, chicken and bacon alternatives. It’s also using fermentation technology to develop dairy proteins for “milk” and other “cow-free dairy” products.

The All G Foods science and tech team is working with University of Sydney researchers, led by Centre of Advanced Food Engineering Professor Roman Buckow.

Pacas said his new startup’s ambition is to make products that are indistinguishable from animal proteins in both taste and nutrition.

“We have put together a science and technology team that is the best Australia and the world has to offer to ensure consumers get what they really want: a delicious, low-carbon and inclusive alternative to animal protein,” he said.

“We know our science combined with delicious recipes will change the trajectory of the alternative protein movement in Australia and around the world.”

These local startups competing globally with Silicon Valley tech ventures such as Beyond Meat and Impossible foods, along with several local rivals, including brands such as Made with Plants, The Vegan Factor, Wildly Good, Veef, Next Gen and Why Meat Co.

“With plant-based proteins and proteins from technology like precision fermentation, we can help feed a growing local and global population while putting less pressure on our environment,” he said.

“All G Foods is an exciting example of the new and innovative opportunities that will develop as our economy transitions to lower emissions. It’s great to see this Australian company at the forefront of the growing sustainable food production solutions of the future.”

“We are particularly impressed with the team that All G Foods has built and are confident that they have the kind of high -quality product that Australian consumers demand. Products like these have the potential to supercharge sector growth and lead the way for Australia to become competitive in the global alternative protein market.”

The Australian market for alternative protein sources is expected to reach $4.1 billion by 2030, with a potential export market reach of $2.5 billion.5

Previous article Ignition Lane’s Weekly Wrap: the future of shopping, NFT mania and The Sage of Omaha at 91
Next article SafetyCulture backs video analytics startup in $8 million series A
Via Other tech
Tags alternative proteincefcnews