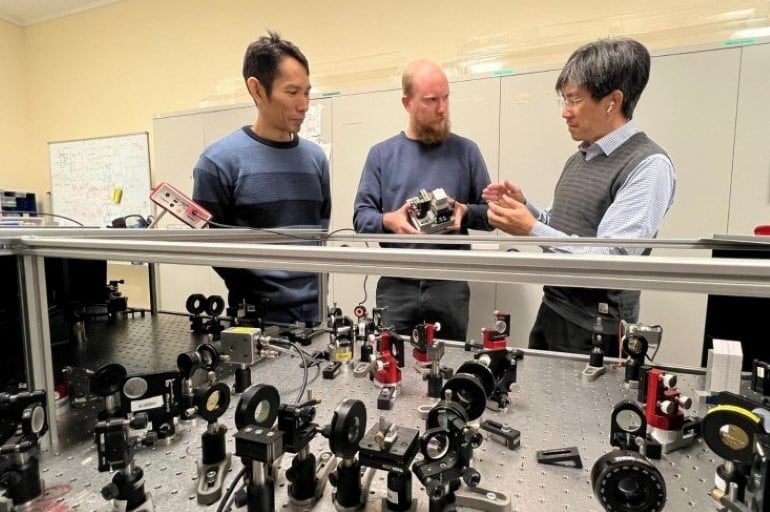 AQN has been operating out of a lab at ANU for the past decade and has had more than two billion requests for random numbers from 70 countries. It uses quantum technology to generate true random numbers at high speed and in real time by measuring the quantum fluctuations of the vacuum.

Dr Syed Assad, one of the ANU researchers behind AQN, said a range of critical applications rely on random numbers.

“Random numbers are needed in IT, data science and modelling. Without random numbers you can’t have reliable models for forecasting and research simulation,” he said.

“But they are also used by artists to help with removing human biases from their creative work. In computer gaming and smart contracts, true random numbers are also an indispensable resource. We’ve even had a request from a father to generate random numbers that he then used as inspiration for his daughter’s name!”

In response to growing demand ANU launched the service on AWS Marketplace last week for more than 310,000 active AWS customers.

It allows users to make up to 100 random number requests per second, costing  US$0.005 each. Custom plans are also available and under the free trial, you can access up to 100 numbers a month.

AQN Team leader Professor Ping Koy Lam said what made AQN distinct was its use of lasers at the quantum level.

“Quantum physics practically provides an infinite source of truly random numbers. These quantum random numbers are guaranteed by the laws of physics to be unpredictable and unbiased,” he said.

“This technology relies on the detection of vacuum. Vacuum is not a region of space that is completely empty and devoid of energy. In fact, it still contains noise at the quantum level. Through AWS Marketplace, ANU is offering an incredibly powerful source of randomness easily accessible to customers across the globe.”

ANU Vice-Chancellor Professor Brian Schmidt said it was great to see fundamental science and research translated into new technologies and products everyone can use.

“The random number generator is a trailblazer and one of the best examples of how our researchers are taking their incredible know-how and expertise to the world,” he said.

“By hosting this service on AWS even more people will now have AQN at their fingertips.”