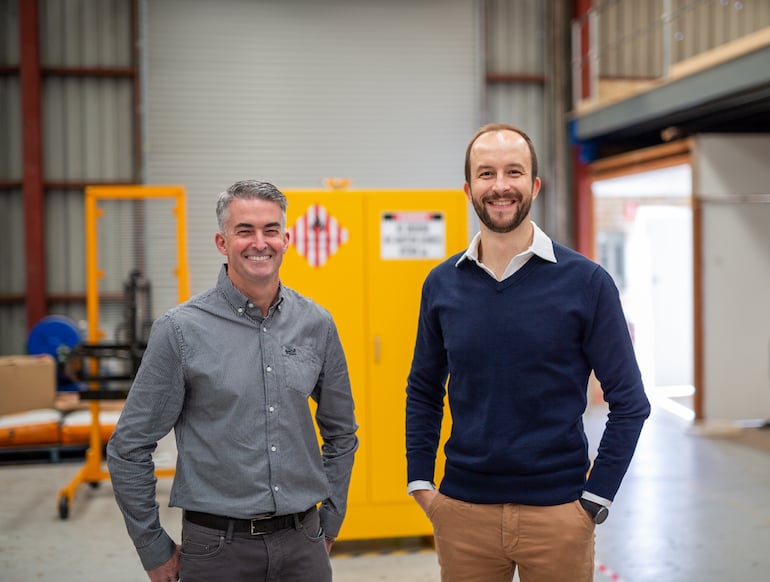 A battery materials company promising to improve the capacity of existing lithium-ion batteries by up to 100% has raised $3.7 million in a pre-Series A.

They’re commercialising silicon-graphite composite technology and materials researchers at the University of Wollongong’s Australian Institute for Innovative Materials over the past decade.

The funds will be used to accelerate pilot manufacturing and commercial deployment of Sicona‘s project in Wollongong, amid plans to establish domestic commercial-scale advanced manufacturing of its next-generation active anode materials. The company is also eyeing off production plants in Europe and North America.

The startup previously raised a $1 million seed round in July 2020, as well as scoring a $704,000 commercialisation grant from federal government last year. Sicona was also part of Startmate’s 2021 climate technology accelerator.

Christiaan Jordaan, Sicona’s CEO, said his company’s products solve the technical challenges experienced by using silicon in a battery at a fraction of the cost of competing approaches.

“We are taking multiple products to market, including the binder system, conductive carbons and active anode materials. Furthermore, we are solving key supply chain issues by taking a leading role in deploying our technology in Australia, Europe, and North America, thereby disrupting the Chinese concentrated supply chain,” he said.

“Our next milestone is the commissioning of Sicona‘s pilot production plant at our site in Wollongong and leveraging its larger-scale production capacity to qualify our materials with global battery producers and conduct larger-scale battery testing programs.”

Artesian cleantech portfolio manager, Alexandra Clunies-Ross, said: “We were very impressed by the Sicona team’s combination of technical and commercial acumen, their clear understanding of the battery materials market and supply chains, and the challenges to scaling new materials technologies from the laboratory into commercial production”.