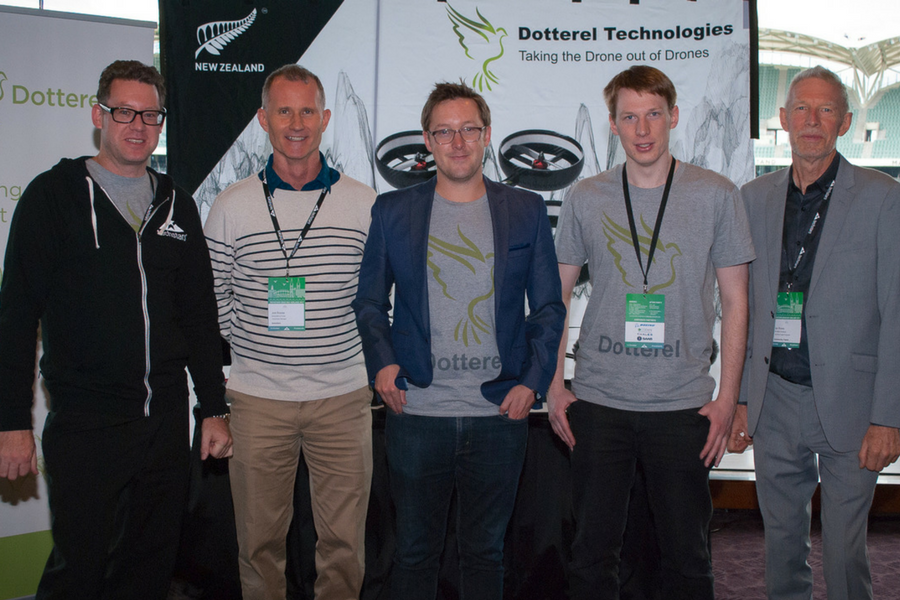 Techstars Adelaide grad Dotterel Technologies, a startup developing noise reduction and audio recording technology for drones, has raised $500,000 in funding from investors including Korea’s ESV, the University of Auckland’s Inventors Fund, and Techstars.

The startup was founded in New Zealand by Matt Rowe, Shaun Edlin, Seamus Rowe, and Shaun Pentecost out of the Callaghan C-Prize competition in 2015.

With the majority of the noise emitted from drones generated by their propellers, the startup has worked to develop lightweight propeller shrouds with sound-absorbing materials and low noise propellers, as well as technology to enable audio recording on board.

Edlin, cofounder and COO, said the funding will allow the startup to grow its team in order to further develop its products, and extend its patent protections.

“Drones are incredibly loud, and that’s an issue for pretty much every commercial and recreational application out there. In security and defence, drones require an element of stealth, whereas in logistics applications noise prevents use in residential areas.”

“Legislation for drones and UAVs is changing all over the world and we believe that noise-mitigation will become mandated. As early movers, there’s an opportunity for Dotterel’s technology to become an industry standard on the next generation of drones.”

Edlin added that going through the Techstars Adelaide accelerator, which was focused on defence, “opened many doors” for the startup, allowing the team to make connections within the global defence sector.

The startup will be launching a joint venture in South Australia with acoustics-focused Resonate Consultants next year, and will also look to raise a further $1 million in funding in February.

Fellow Auckland startup Thematic also announced a funding round this week, raising $1.7 million in a seed round led by Australian VC firm AirTree Ventures, with participation from others including Y Combinator and Rowan Simpson.