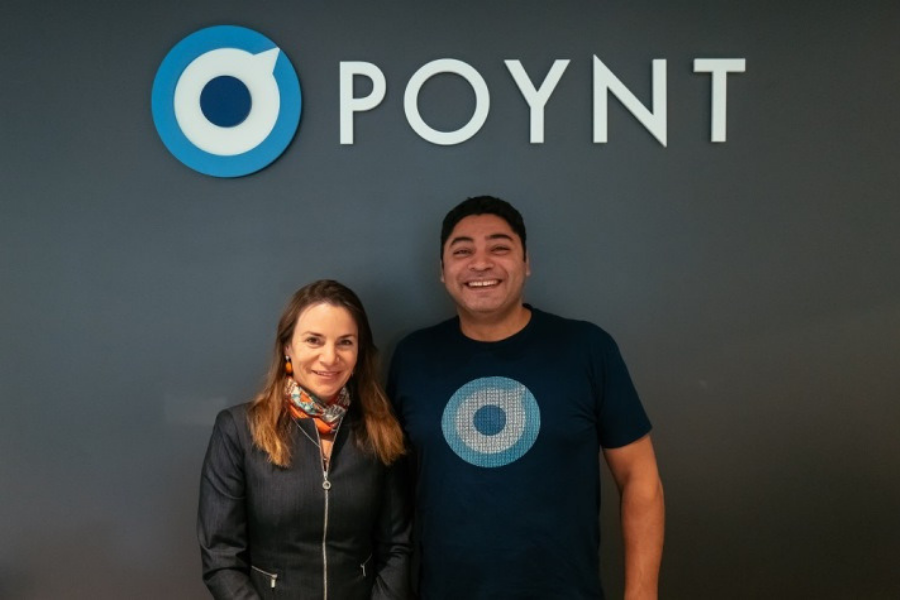 The Palo Alto-based startup, founded in 2014 by Osama Bedier, former head of platform, mobile, and new ventures at PayPal, has created its own smart terminals. It has also developed an operating system that can plug into and power any smart payment terminal, with developers able to integrate their apps via the system’s marketplace.

“Smartphones changed the way we search, buy and communicate, not only because the hardware was beautiful, but because iOS and Android transformed a ubiquitous utility into a platform for innovation where developers could build once and distribute everywhere,” said Bedier.

“Our vision is to transform retail by becoming that innovation platform for payment terminals everywhere. We give developers a technical canvas to build the omnichannel experiences merchants and their customers have come to expect, and ultimately, make visiting your local store the personal experience it was always meant to be.”

Poynt reported that it has shipped almost 150,000 terminals in the last 16 months, with 30 million consumers having transacted on a Poynt terminal.

It expects total payment volume to surpass $25 billion over the next 12 months as its operating system is adopted. The potential is significant: according to The World Bank, over 176 million payment terminals are expected to ship by 2020.

Links with the likes of NAB Ventures will help accelerate adoption of Poynt’s system; along with NAB, the company has signed partnerships with global banks including Italy’s Nexi, Elavon, JP Morgan Chase, and Mashreq Bank in the United Arab Emirates.

Melissa Widner, general partner at NAB VEntures, said the team has been impressed with the calibre of the Poynt team and their smart payment terminals.

“As Australia’s largest business bank with a large merchant customer base, NAB is always looking at new initiatives that are coming into the market and assessing whether they could help us provide improved experiences to our customers,” she said.

Widner has joined Poynt’s strategic advisory board as part of the funding round.

“[This] will help us provide insights and learnings into user expectations, which has the potential to benefit our customers,” she said.

Among Poynt’s local competitors are the likes of Commonwealth Bank’s Albert terminal, and Square.

Having started out targeting the likes of market stalls, Square revealed last year that it had more than 60,000 businesses using one or more of its products. Pfisterer said earlier this year that the number of local businesses using Square has since then increased 150 percent.

The local payments market is significant; according to a recent survey of more than 1,000 consumers and 400 SMB owners commissioned by Square found that 77 percent of consumers are carrying less cash than they used to.

We spoke to Melissa Widner about the development of NAB Ventures and its investment themes, its relationship and how it works with the bank, and what it looks for in startups in a recent episode of the Startup Meet Corporate podcast.