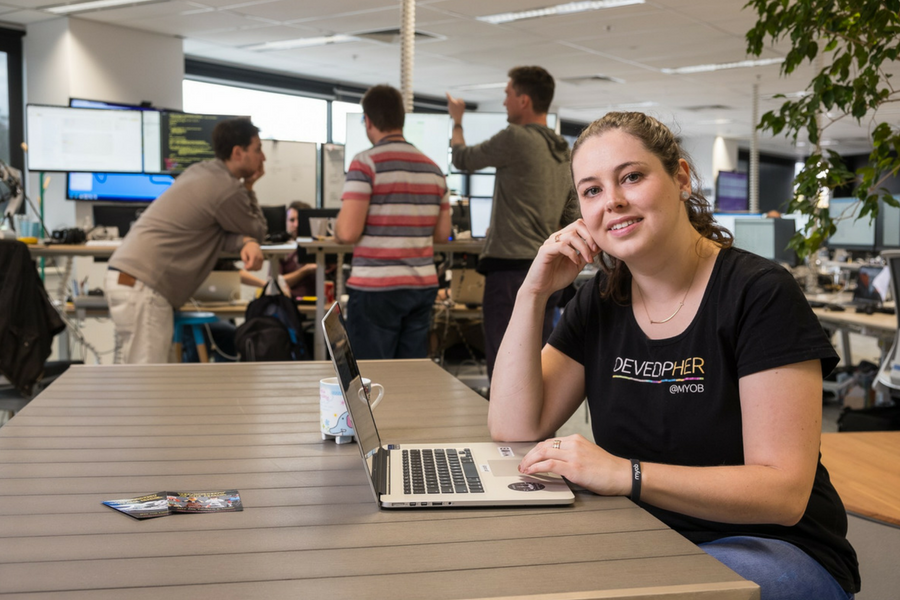 With the first run of the program seeing three women take part and in turn take jobs at MYOB, chief employee experience officer Helen Lea said, “We know that a diverse workforce will support greater innovation and help us to create even better products.  It goes beyond that too – creating opportunities for women in technical roles is the right thing to do.”

According to Lea, the program has been updated since its first run and now includes professional training from Coder Academy along with the on-the-job mentoring and learning.

Based in Melbourne, the program is open to women of all ages and experience, offering flexibility to encourage applications from those with family and other commitments.

It comes as the Federal Government allocated $4.5 million towards increasing the participation of girls and women in science, technology, engineering, and maths (STEM) fields in the Budget earlier this month.

The funding will go towards initiatives including a ‘Women in Science Strategy’ to “help coordinate the government’s efforts” to increase the participation of women in STEM, a Girls in STEM Toolkit to help girls in schools understand what a STEM career can involve and how their interests can be matched to a STEM role, and a Women in STEM Ambassador.

The Women in STEM Ambassador position will receive $3 million in funding.

Senator Michaelia Cash, Minister for Innovation, said, “We must draw on the entire skill set of our community and make the best use of the tremendous knowledge and skills of women researchers, engineers, innovators and entrepreneurs.

“Only by involving all Australians can we take big strides in science and technology, ensuring our nation benefits from the huge contribution these discoveries will make to our future live.”

The need to engage girls in STEM while at school was highlighted in a 2016 report from the Office of the Chief Scientist.

The report, Busting Myths About Women in STEM, found two thirds of children aged nine to eleven draw a man when asked to draw a scientist, while girls in year four are less confident in their maths abilities than boys.

Of course, the problem goes beyond giving girls and women role models and ambassadors and to what the working environment is like for women in STEM fields; a 2017 survey of 500 women in the IT sector from global IT association ISACA saw just eight percent of respondents state they had never come across gender bias in the workplace, and 87 percent state they were concerned about the number of women in the sector.

Among the primary reasons for the underrepresentation of women in tech was the fact that tech leaders or role models are largely male, with 33 percent of respondents highlighting this as a key factor; almost 80 percent of the women surveyed reported having a direct supervisor who is male. Poor work/life balance and lack of flexible working options afforded to women were also of concern.