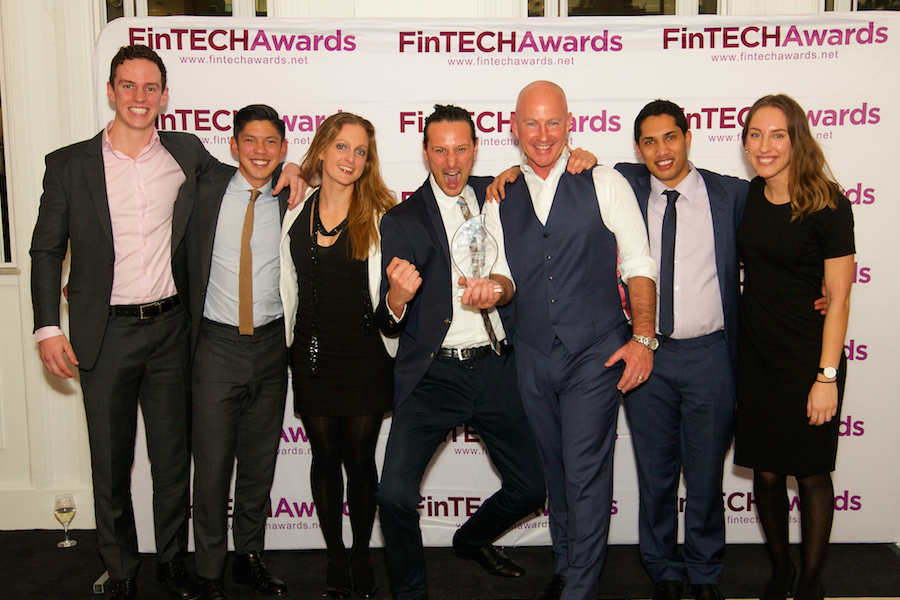 Short term lending startup MoneyMe was last night named Fintech Startup of the Year at the 2016 Fintech Awards, the first awards night dedicated to the Australian fintech sector, recognised for the upgrade of its tech platform to reduce interest costs for its customers via customer profiling algorithms and risk-based pricing.

Clayton Howes, CEO of MoneyMe, said the award is a huge honour as it recognises the startup’s commitment to fintech “in every aspect of how we operate”.

“For MoneyMe, fintech has always been about harnessing intelligent technology to design consumer and business solutions that make a difference, using automation and intelligent algorithms.It puts the end user of your product at the centre of every design decision, as well as the channels you choose for distribution and marketing,” he said.

Glen Frost, creator of the Fintech Awards, the Fintech Summit, and Fintech Sydney, opened the awards at the Ashurst Ballroom by saying, “When the Prime Minister said ‘there has never been a more exciting time to be Australian’, he was of course talking directly to us, the fintech startup community. In my opinion what he really meant to say was that there has never been a better time to be a fintech startup.”

Entersoft won the best innovation in cyber security and anti-fraud category for its cloud-based virtual hacker, which assesses various applications for security loopholes, while Panalitix won for best research in fintech. The startup collects financial data from accountants, analyses it and serves the insights back to accountants to use in their marketing.

Acorns won for best fintech communications campaign for its launch campaign, which saw 50,000 app downloads in three weeks. The award for best fintech-bank collaboration of the year went to OnDeck Capital, which launched a partnership with CBA last December to help the bank’s small business customers get access to finance.

Fintech leader of the year was awarded to Daniel Foggo of RateSetter for his work in the sector. Foggo worked with ASIC to make RateSetter the first peer-to-peer lending business to attain a licence to accept retail investors. RateSetter was the first lender to release its loan book publically, and the first to provide real-time updates to the public relating to its loan book credit performance.

Female fintech leader of the year was Loretta Joseph of the Sydney Stock Exchange, where she is working to replace existing processes with blockchain technology.

Fintech CTO or CIO of the year went to Glenn Riddell of RateSetter for designing the company’s credit decisioning and pricing engine, which works to deliver borrowers one of the most highly personalised rates in the market.

Rounding out the list of winners was Boundlss, winning InsureTech startup of the year for its digital health platform, which helps insurers provide personalised health and wellness assistance to large-scale member populations and uses biosensor data to manage and price risk in new ways.

The awards come at a time when support for fintech has never been stronger. Treasurer Scott Morrison reiterated the government’s support for the sector at Tyro’s fintech hub last week, while ASIC recently released a consultation paper on a proposed regulatory sandbox licensing exemption to further facilitate innovation by making it easier for startups to experiment.