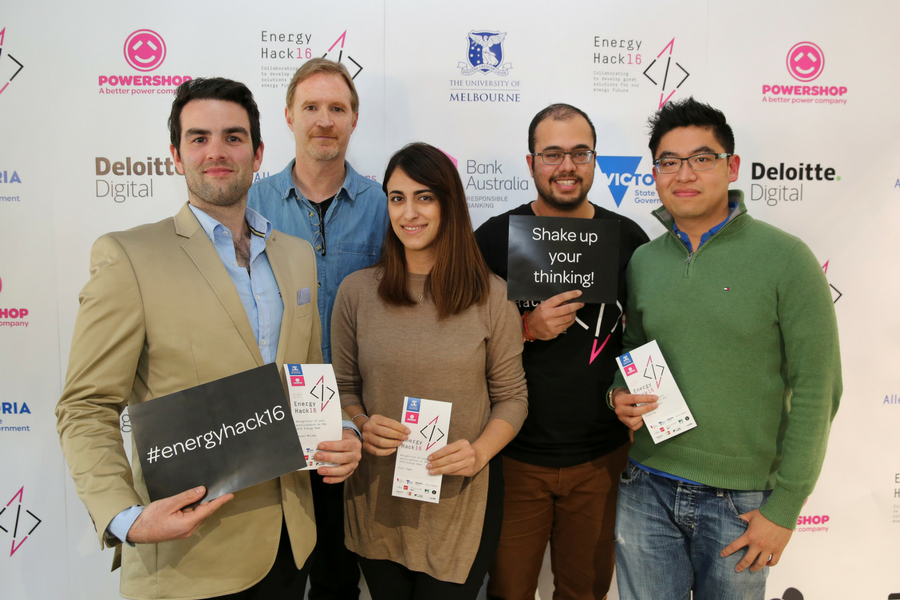 More than 100 entrepreneurs participated in this year’s Energy Hack event, a joint initiative between the Melbourne Energy Institute and Powershop Australia. From 13 creative tech ideas, team Planet Lovers won with its idea to improve energy efficiency through machine learning.

Team Planet Lovers pitched the idea of a machine learning platform that uses data mining techniques to help consumers use energy more efficiently. Cofounder of Planet Lovers, Zahra Ghafoori said Energy Hack gave the team the opportunity to test their idea and demonstrate how it can make an impact, particularly around encouraging more consumers to invest in renewable energy.

“We believe that existing energy services don’t use the full potential of big data to provide deep insights for consumers. We will use recent breakthroughs in machine learning techniques to dig into data and improve individual and collective intelligence on energy usage,” explained Ghafoori.

The judges awarded second place to team Solmates, a matching platform for solar power usage, while team Powerbot, a chatbot to manage peak load by getting consumers out of the house, took out third place.

Speaking on the success of the event, Ed McManus, CEO of Powershop Australia said, “The talent, creativity, and problem solving mentality on display over the weekend well and truly surpassed our expectations. We would like to see all of the great ideas be developed further and wish some of them were already available to the industry today.”

Melbourne-based Powershop Australia is responsible for providing power to more than 80,000 homes and businesses across Victoria and New South Wales. The company has announced a new mentorship program called Powershop Labs for early stage energy startups. Once every few months the program will open up its Melbourne headquarters to startups and will be hosting a lab to discuss ideas around how the energy market works, commercialisation, regulatory environments and validation.

McManus said, “We are particularly encouraged by the passion for renewable energy and community energy that came through in many of the pitches, and by the prospect of helping these teams – and other energy startups – to further refine and commercialise their ideas via our new Powershop Labs initiative.”