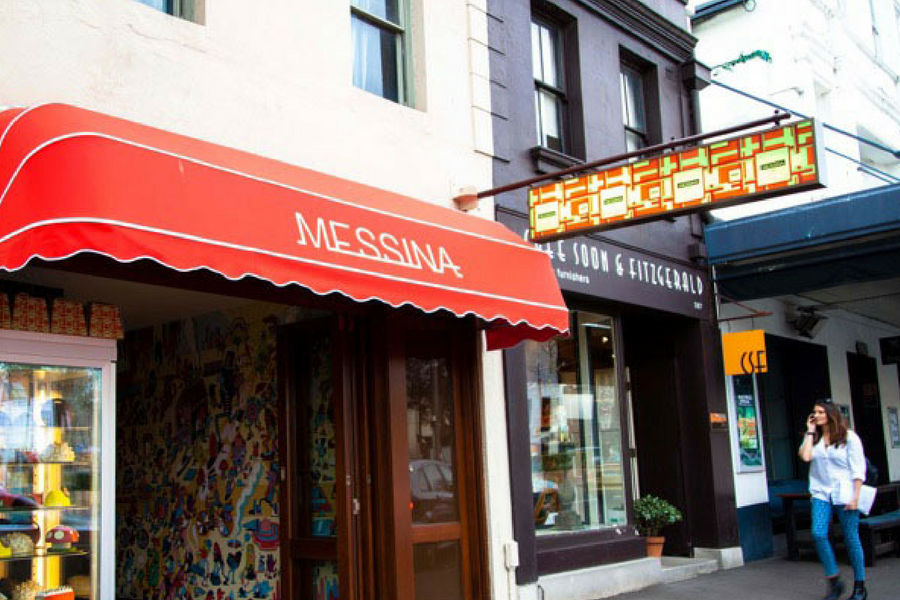 Donuts may be the sugar craze of the moment, but some might say that the Sydneysider’s true love is gelato: Enmore’s Cow and Moon was in 2014 named one of the world’s best gelato makers while Gelato Messina, now expanded interstate and overseas, still sees queues stretching down the street from its Surry Hills store on Friday and Saturday evenings.

A regular complaint from Messina lovers, however, has been the fact that it has remained a cash only business to this day – the gelato is great, sure, but the time in the queue could be cut in half if customers didn’t have to rummage for coins in their pockets or bags.

The gelato chain has now finally given in to the calls to join 2016 and get tech-savvy, but rather than install EFTPOS terminals it’s skipped that step altogether and worked with Melbourne startup LOKE to release its own digital wallet and loyalty app.

Matthew Khoury, managing director of LOKE, said Messina heard of the startup through word of mouth. While initially hesitant – going from cash only to launching a digital wallet is a big shift, after all – Khoury said the company was swayed by LOKE’s existing work and examples of similar technology overseas.

LOKE has been creating similar apps for hundreds of Australian retail and hospitality chains, from local pubs to nightclubs and carwashes. It also worked with NAB earlier this year to launch NAB Dash, which uses location-based tracking to allow customers to order and pay for food and drinks in advance at sports stadiums.

“We started working with Messina a few months ago, but it didn’t take us long to build the app because we’ve now got processes in place that make it fast for us to deliver branded solutions,” Khoury said.

“After that’s done, though, they obviously want to come up with exciting rewards for their customers in line with their brand and marketing materials around that…the only challenge we faced with Messina was their confidence in our ability to deliver a solution that would be highly adopted by their customers and meet their requirements of being able to create a more auspicious type of transaction.”

After working in soft launch for several weeks, Khoury said 83 percent of users who downloaded the app had gone on to register a payment card or method to receive $10 in free credit, with transactions also starting to come through.

“Their staff are loving it because it’s easier to serve customers, and at the end of the day they don’t have to count so much cash, so it means less cash handling and reporting,” Khoury said.

The Messina app works by having a user, after registering a payment method, going into a store, opening the app, and pressing a button to pay. They then receive a unique transaction number linked to their name, which they then tell the server at the counter when giving their order.

The server then charges the order to that number, and the “auspicious” transaction is completed without the user doing anything else – for anyone who has ever struggled to juggle gelato while handing over cash or receiving change, this might be particularly handy.

“We’ve eliminated any touch point at the counter, so we think it’s the most efficient type of transaction method on the market. Because we get the data on the payment transaction, it also means we can issue the loyalty back to the customer, so we’ve able to remove the need for a QR code or barcode at the counter to identify that customer,” Khoury explained.

With the prospect of Apple or Android Pay on the (distant) horizon, Khoury believes that branded digital wallets are here to stay, with the likes of Apple Pay able to be integrated into such an app when available.

“The benefit of mobile payments to the customer is a more convenient way to pay, but you give a business mobile payments in their own branded app and aggregate the different payment types, you get the data, and therefore the payment becomes a facilitator to provide value add services such as loyalty, ordering ahead, and location-based marketing,” Khoury said.

“In turn, that’s when the end user starts to get excited by mobile payments, because they start to get value and a reason for starting to adopt mobile payments.”

The launch is an interesting one for Gelato Messina, given that it’s gone from the technological dark ages to almost the cutting edge overnight, but it’s one that more businesses may begin to ponder as the popularity of mobile payments grows: according to PayPal Australia’s first mCommerce Index, released last month, almost three quarters of Australian consumers are using their mobile devices to make payments, with 22 percent spending more than $500 per month via mobile.

As it continues to work with Australian companies, LOKE is also setting up an office in Singapore to push into Asia, while also looking at the wider global market.