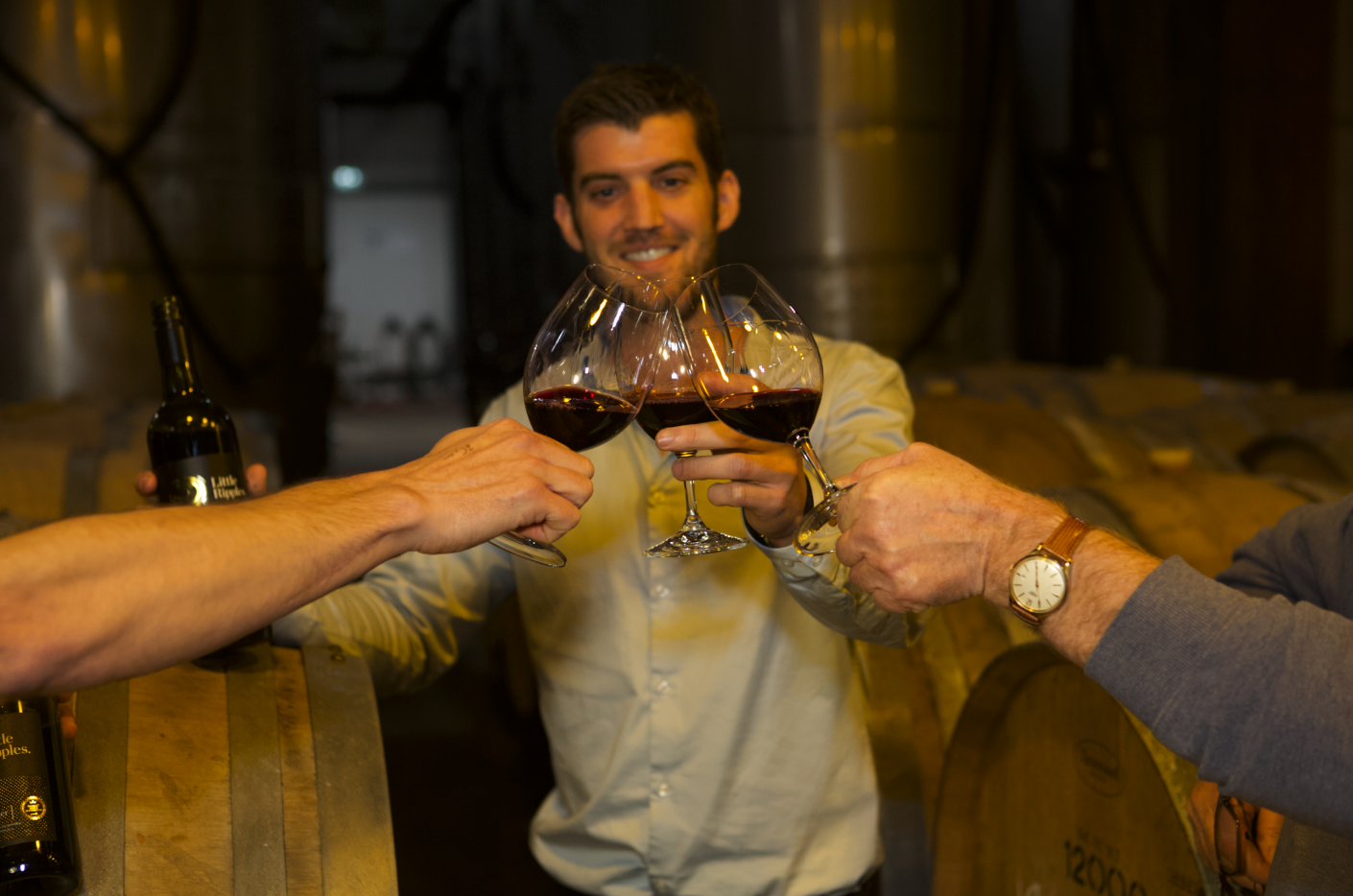 If the name Dustin Leonard sounds vaguely familiar, it’s probably because the last time you saw the dashing expat Texan, he was handing out free condoms in Africa.

Leonard was in his 20s when he founded the social enterprise Hero Condoms, which aims to reduce the spread of HIV-AIDS in a buy one/donate one program. More than 2 million condoms have been given away in Botswana, which has the fourth highest HIV prevalence in the world. The good news is that figure is falling.

Back in 2015, as he was busy with the campaign, Leonard was also named a Cleo Bachelor of the Year finalist.

Fast forward four years and Leonard has launched a new venture for people who want to help change the world involving a difference vice.

Little Ripples is his wine label, and every bottle sold also provides a year’s worth of clean drinking water to one person in the developing world.

Leonard has teamed up with the veteran NSW mid north coast winery Cassegrain, with Alex Cassegrain coming on board as head winemaker, to produce two whites and two reds, priced between $22 and $28 a bottle, and former Wine Australia GM Paul Henry, a respected wine  judge and critic, also helping out.

Little Ripples has also partnered with the BridgIT Water Foundation, which builds wells and water systems in developing countries, as the recipient of the largesse from sales.

The serial entrepreneur said that while potable water is taken for granted in Australia, the stats “are staggering” when it comes to those who don’t.

And while millennials might be cutting down on booze, Leonard points out that Australians still spend five times more on alcohol than they claim in charitable donations.

“What’s really missing from our very good Australian wine market is a sustainable option with a social cause – one where consumers can spend a reasonable amount of money on something that they enjoy, whilst making an immense difference to those who need it. That’s why we’ve launched Little Ripples,” he said. 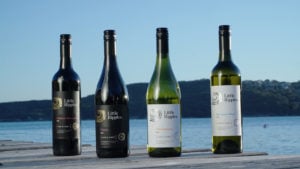 “We’ve also had the ability to blend different parcels of those regions, especially for the reds, where we’ve sourced fruits from emerging growing areas like New England, Central Ranges, and Hilltops,” he said.

“For the whites, we wanted something that was delicate but still true to character. We’ve sourced fruit from Tumbarumba for our Chardonnay and from Orange for our Sauvignon blanc. These are serious wines, and I think people will love them”.

Dustin Leonard chose BridgIT Water Foundation as his charity partner because of their work in Uganda, Tanzania, Nepal, India and Ethiopia.

Foundation director Wendy Tisdell, said women and children often have to walk between 2-10km to collect water from a surface pond which is nonetheless contaminated.

“By providing a water system, or well, to communities that need it will allow more children, especially girls, to attend school,” she said.

So next time you raise a glass, you could be educating a young woman. Cheers to that.

If you’re keen to try the wines, you’ll can find details and place an order here.

And if the consumption should lead to other shenanigans, don’t forget Leornard’s other social enterprise and you’ll be helping people in Botswana too.