Just as the NBN roll-out ends, it’s borrowing another $3.5bn to upgrade the network with fibre to the home 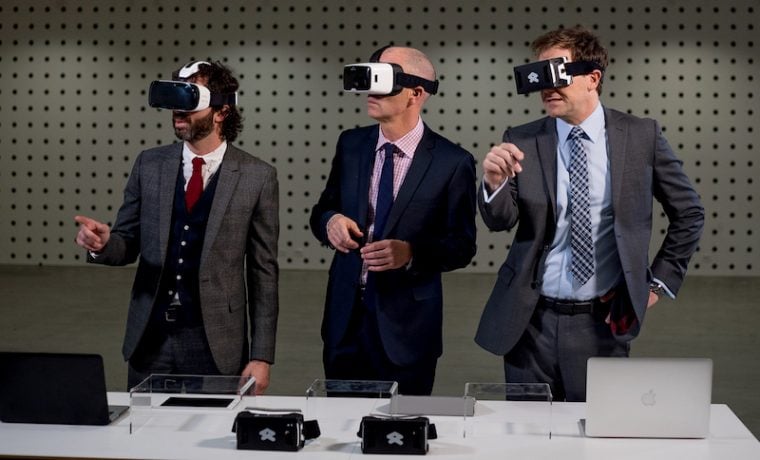 NBN Co. will borrow $3.5 billion in additional debt from the private sector in order to upgrade the broadband network to more than six million homes over the next three years.

Just as NBN Co. is “finishing” the national broadband roll-out, federal communications minister, Paul Fletcher will outline the latest investment at the National Press Club today. The “further investment to take fibre deeper into neighbourhoods, through building local fibre networks that run along street frontages” comes 24 hours after the NBN announced it would spend an extra $700 million to improve high-speed fibre broadband for business customers, especially in regional areas.

The minister is expected to announce that around two million homes will have access to fibre-to-the-premises (FTTP) connections if they request it and order a high speed plan. It will not come with an additional connection cost.

FTTP was the original Labor plan under former prime minister Kevin Rudd, but scrapped in favour of the Coalition’s “Multi-Technology Mix” (MTM) and fibre-to-the-node (FTTN), with the existing, slower copper wire network to the home, after Tony Abbott won the 2013 election promising the NBN would be cheaper and delivered sooner than Labor’s option.

The project’s original $29.5 billion cost estimate under the Coalition now exceeds $51 billion, while the delivery date blew out from 2016 to 2020. In May, NBN Co raised $6.1 billion in debt facilities via private capital for the first time – a 200% on its initial announcement of $2bn. The government-owned company already has a $19.5 billion loan borrowed from the government and due for repayment in 2024.

Kevin Rudd didn’t hold back on Twitter on the additional spend.

“What a mega backflip on the part by Morrison. For 7 years they’ve botched my govt’s 2009 plan for fibre to the premises, instead wasting billions with fibre to the mythical “node”, giving us the worst speeds in the world. Now this! What total policy frauds,” Rudd wrote.

The upgrade will give an extra six million homes access to broadband speeds of up to 1GB per second by 2023. In the past year, consumers have been moving to higher internet speed plans, and demand for broadband accelerated during the 2020 pandemic lockdowns, with NBN Co. offering additional bandwidth to help internet service providers cope with the additional demand.

In notes from the speech ahead of today’s National Press Club address, Minister Fletcher says: “This plan is possible because NBN Co has now proved its business model and is generating substantial and growing cashflows – in turn allowing it to borrow in the private debt markets”, arguing that the government’s plan was was to commit to more fibre “when it makes economic sense to do so”.

Selling the upgrade as a jobs and productivity boost, finance minister Mathias Cormann says the additional infrastructure spend will support “around 25,000 new jobs over the next two years” and increase Australia’s GDP by $6.4 billion annually  by 2024.

A further $300 million in funding is also being flagged for NBN Co to partner with local authorities for regional upgrades for the broadband network.
The total spend of $4.5 billion adds another 9% to the cost of the NBN, taking the total to $55.5 billion.

At the 2016 election, Labor’s amended broadband plan pledged to connect an extra two million premises via FTTP by June 2022 at a capped total project cost of $57 billion.

“This has meant Australian taxpayers have paid more for a network that does less, and more money is now required to play catch up,” she said.

“What on earth was the point of spending $51 billion of taxpayers’ dollars on the Liberals’ second-rate copper network to begin with?”

Previous article The digital economy is worth $126 billion to Australia – but more needs to be done
Next article The ability to save millions from dying of heart failure could be just a lick of spit away, thanks to Melbourne medtech ESN Cleer
Via Topics
Tags auspolbroadbandnbn