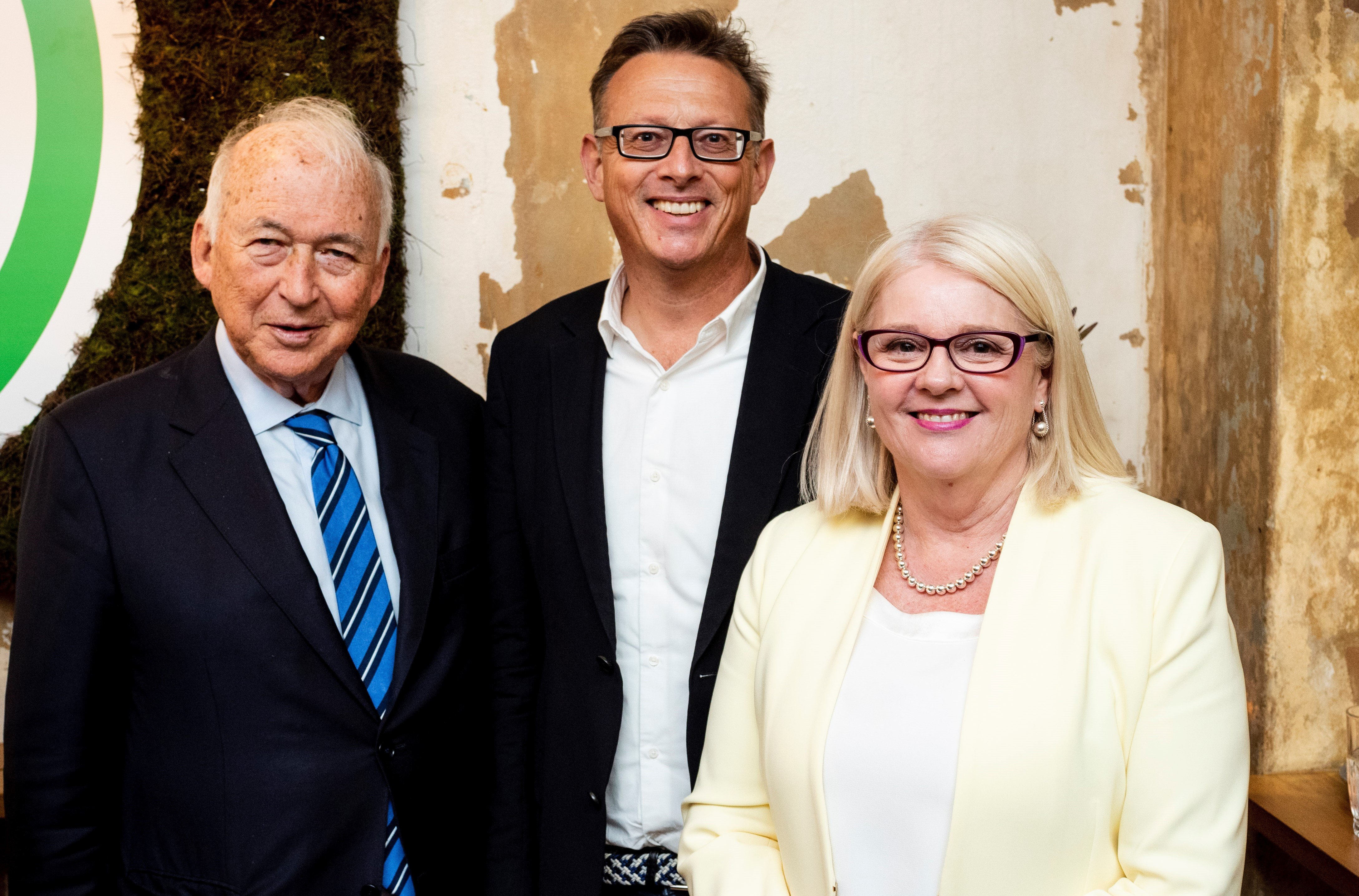 After selling hundreds of millions of beef patties in his Hungry Jacks chain over the last five decades, billionaire Jack Cowin is now convert to plant-based burgers.

The Australian fast food pioneer believes people won’t be able to tell the difference between real beef and the meat-like product he’s developed in a joint venture, v2food, with the CSIRO and its innovation fund, Main Sequence Ventures.

Made from legumes (aka protein-rich pulses), the v2foods ‘mince’ looks and tastes like meat, with added fibre and nutrients, and is likely to appear in Hungry Jacks outlets as the v2Whopper, as well as retailers before Christmas.

Cowin, chairman and CEO of Competitive Foods Australia, the parent company of Hungry Jacks, likely sees his next fortune coming from a potential shift in consumer tastes to vegetarian products. The global meat alternative market predicted to be worth $7.5 billion by 2025 and a CSIRO report released last month predicts demand for plant-based protein in Australia could top $6 billion by 2030, triple its current value.

“We’ve seen a huge opportunity for plant-based proteins and the category is set to explode,” Cowin said.

“I’ve eaten beef all my life but I’ve tasted the v2food and it tastes as good as beef. Therefore, we can’t wait to take v2food to consumers with some fantastic new products”

Startup Daily tried the product across the options and while credit goes to chef Daniel Rodwell’s skill in transforming the product, he was impressed by how it performed and the end result was delicious, with the chef confessing he even tricked his wife with a meal at home using the v2food mince.

His goals are based around both the environment and affordability, making  the plant-based alternative price competitive with minced beef to make it easier for consumers to switch.

“Making meat alternatives from plants is not a new idea, but at v2food, we’ve taken it a step further,” he said.

“We are on a journey to make plant-based food both taste better and be more sustainable. The protein substitutes, available to date, simply don’t taste as good as meat and they are not affordable.”

And to do that he has the backing of the scientific organisation that gave Australia one of its all-time best-selling cookbooks – the CSIRO Total Wellbeing Diet.

At the moment, the product is being produced in a manufacturing facility that also produces beef burgers. For Hazell, that’s a way of keeping costs down rather than reinventing the wheel.

There’s a global race on, led by Silicon Valley and likes of Impossible Foods and Beyond Meats, to capture a slice of the growing faux-meat. The v2food product is among the first out of the local gate in an increasingly crowded market.

Even former Shoes of Prey founder Michael Fox is trying his had at it, producing faux-pork made from mushroom stems in a new startup backed by food giant Mars.

In July, Sydney plant protein manufacturer Soulfresh announced its Eaty range of meat substitutes was being sold by Coles.

Coles also stocks the Beyond Burger, which last week, McDonalds said it will add to the menu in a 12-week pilot in 28 stores in Ontario, Canada.

While the initial focus for v2food is beef, Hazell told Startup Daily they’re currently developing flavours for other types of meat substitutes, including chicken and pork.

The v2food mince will begin to appear in restaurants and cafes during the remaining months of 2020,  with Hazell looking to have a leading presence in-store and in cafes around Australia by early 2020.
Previous article 5 things you should know about tech today
Next article David Koch is launching a new live stream Australian business service
Via Topics
Tags CSIROHungry JacksJack Cowinmain sequence venturesplant-based proteinv2food