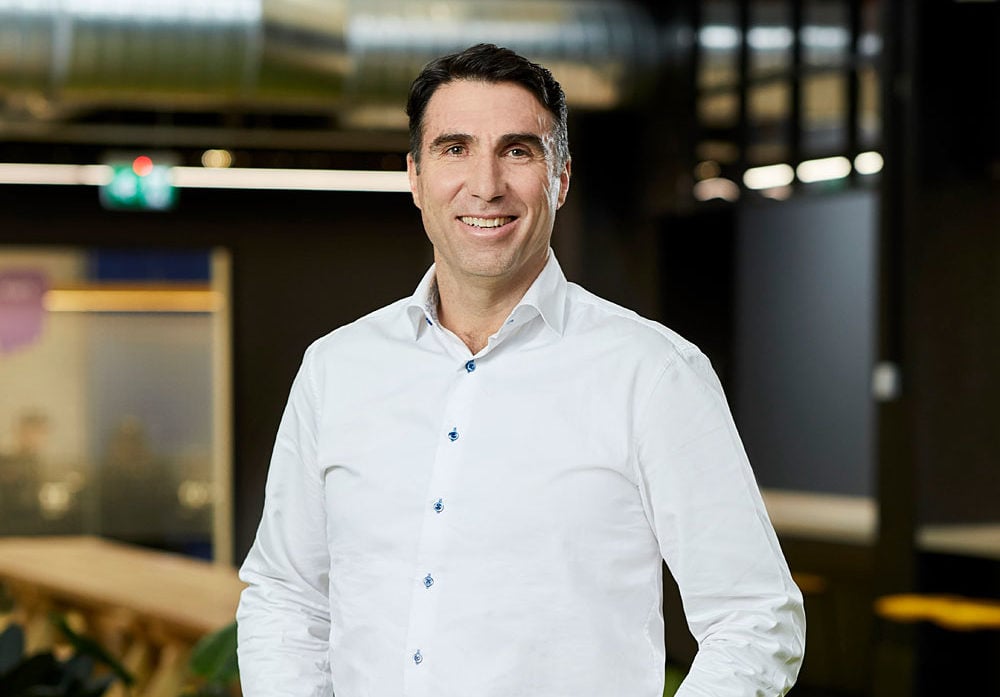 His predecessor, Tim Reed, who spent a decade in the top job before calling time last September, three months after the business was delisted from the ASX in a $1.6 billion private equity takeover by KKR, had embraced “fail fast” as MYOB moved into the online era.

Ellis has promised to step up the pace at MYOB, releasing new features every 90 days, saying the company previously wasn’t “particularly good at what, for whom and why” of the products it developed.

He hates fail fast “because it means you didn’t actually bloody know what you were doing in the first place.”

The Ellis-era MYOB will be more agile, with KKR providing greater speed, resources and flexibility to makes changes that would be possible as a public company.

“If you get 50% of your decisions right on that basis then you could get your options down to just toss a coin in your 50% right,” he said.

“Our job is to get to 10 decisions right directionally, and then release an MVP (minimum viable product) and iterate. That’s very different from failing fast. An MVP that’s iterated is not a failure. That’s an evolution. ‘I did this and the market wanted that’ – that’s a failure.

“So, we’re removing the terminology of failing fast here. It’s ‘what are we building, why and for whom. And then delivering the MVP and iterating on the MVP.”

Those iterations will include an MYOB app for sole traders, especially in the gig economy.

“The fact that we need to have a proper, true sole trader app is something we want to focus on,” he said.

The Ellis mantra at MYOB is: “Are we doing it good enough, fast enough and better than what we were yesterday?”

He’s also looking to standardise MYOB’s API across its platforms to encourage greater collaboration and integration with outside services, with an extra 150 apps due to become part of the MYOB Essentials ecosystem in the coming months.

He wants the company’s software to be more intuitive and in touch with small business needs (Ellis sees businesses with up to 400 employees as the maximum-sized customer), capable of flagging issues such as pending cash flow problems, and able to offer solutions such as invoice financing.

Major upgrades to both MYOB Essentials and MYOB Practice this year were revealed at the INCITE national roadshow, which began in Brisbane on Friday.

MYOB Practice will soon have a compliance workflow for all main entities, including companies, partnerships, trusts, funds and self-managed super funds, with individuals available for clients from mid-February. Add-ons will be available for MYOB Practice for the first time, initially focusing on practice management, CRM and compliance.

Ellis is not worried about rivals such as Intuit and Xero, arguing that while their user interfaces are “sexier and prettier” MYOB is streets ahead of them when it comes to functionality, which would cost “hundreds of millions” to replicate.

“They [Intuit and Xero] are it is easier to use, that is true, but if you look at the functionality within the program, it’s not even close [to MYOB’s],” he said.

“So our job is to expose the functionality that matters to our customers into an easier format,” he said.