How restaurants are enlisting technology to survive the COVID-19 shutdown 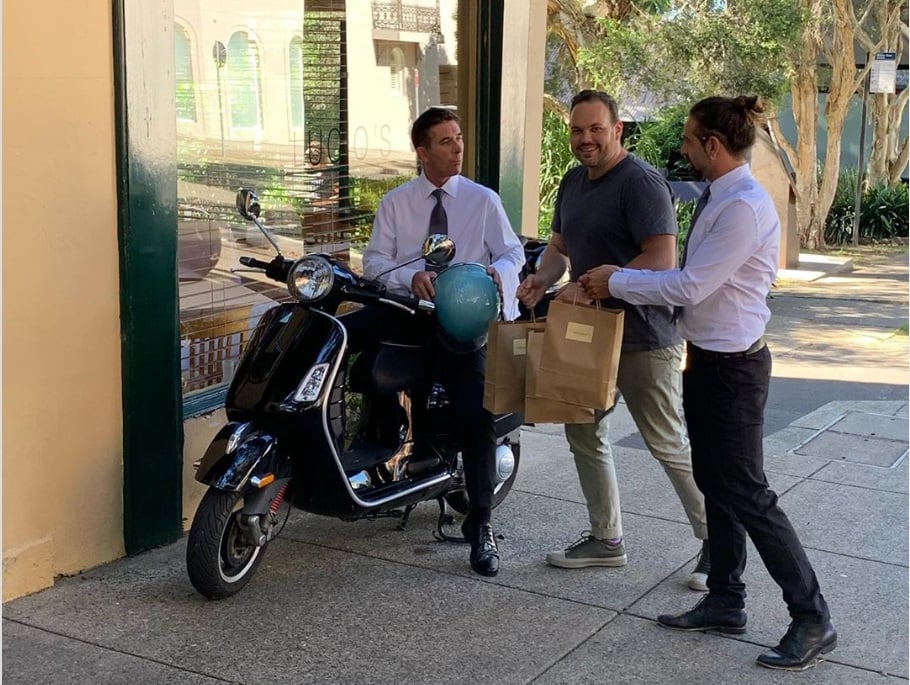 The closure of restaurants and cafes – among many other small businesses – by the Morrison government in response to the growing coronavirus has seen them pivot quickly to  takeaway food in order to generate cash flow and hopefully survive.

For global tech companies with food deliveries it’s been like shooting fish in a barrel, with one bragging that it had signed up 1,700 new venues to its app while ignoring calls from the sector to reduce the hefty commissions – often around 35% of the sale price – their platforms charge. While cheaper, fast foods can build that cost into their margins, for high-end restaurants with slim profitability, the delivery apps are simply a way to go broke faster.

A sector that often complained of a chronic labour shortage now has the opposite problem with thousands of chefs and waiters and other staff now out of work.

One of the sector’s biggest employers, Justin Hemmes, CEO of Merivale, made the heartbreaking decision to close down more than 70 venues across Sydney this week as the shutdown laws came into force. Just three bottleshops remain open

Hemmes said he was “completely heartbroken that this is happening but remain focused on the light at the end of the tunnel”. He’s currently investigating home delivery and takeaway options, adding “my absolute top priority is supporting our staff”.

Some smaller delivery services are trying to help, and one of the tech startups hardest hit by the industry shutdown has launched a true partnership to try and help the hospitality sector through the crisis.

TheFork is an online restaurant booking platform that generated its revenue from bookings. Like the restaurants it works with, its cash flow has vanished overnight.

But when the going got tough, TheFork got going, launching a new search function on its app and website for people to find local restaurants offering pick-up or delivery. Customers call and order with the restaurant directly. The listings are free and TheFork is not taking a commission, preferring to pay it forward to a time when their clients are open again for bookings.

Among the Sydney restaurants involved are Lucio’s in Paddington, Lox Stock & Barrel in Bondi and INDU in the CBD. The Melbourne restaurants include Supernormal Canteen, Di Stasio and Di Stasio Città.

Veteran restaurateur Lucio Galletto moved earlier, launching the Lucio’s at Home menu last week before the government ordered the restaurant shut down. Lucio’s has been in business for nearly 40 years.

The restaurant menu is offered at a 25% discount, with home delivery in the Paddington/Woollahra/Darlinghurst area in Sydney’s Eastern Suburbs. As a sweetener on the deal, Galletto’s invited anyone who spends $100 or more to “raid our cellar”, offering some high-end wines from the list at half price. So if you still have $150 to spare, the 2002 Katnook Estate ‘Barrel Series’ Cabernet is looking good.

“Our core staff remain employed with us: our chefs preparing and cooking your food as usual, while our waitstaff will be now manning the phones, organising your pickups and delivering your food,” Galletto said in an email to customers.

“Our goal is to help ensure business continuity for our restaurant partners, while also allowing our diners to continue supporting their local eateries. Our support is with the community of restaurants and cafes that make up a vital part of our Australian culture,” he said.

The hospitality sector’s finding other novel ways to find customers. In Sydney, the NSW government gave small bars permission to home-deliver cocktails, while in the Adelaide Hills, wine and spirits company Unico has launched daily digital happy hours on Facebook Live across its Unico Zelo wine and Applewood Distillery brands.

Previous article In NSW, you can now be fined $1000 for standing too close to someone
Next article Scott Morrison abandons 30-minute haircut rule – and hairdressers are even more outraged
Via Topics
Tags coronavirusCOVID-19restaurants