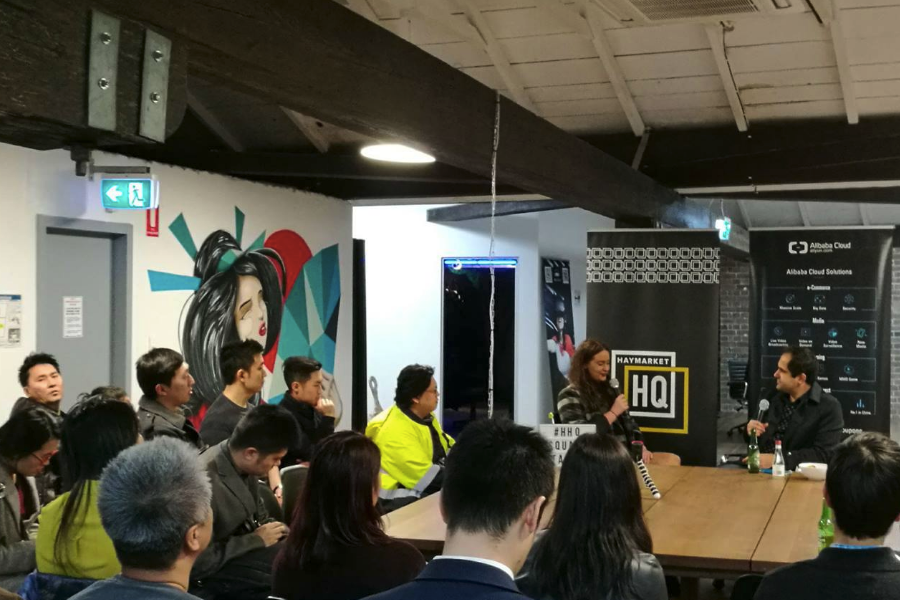 Haymarket HQ, the Sydney startup hub focused on companies seeking to work in the Chinese market, has announced a partnership with Alibaba Cloud to launch the Create@Alibaba Cloud Startup Contest (CACSC) down under.

Now in its third year, the competition run by Alibaba Group’s computing arm is looking for startups up to five years old working in one of either the artificial intelligence or big data, cyber security, digital services, augmented or virtual reality, or Internet of Things spaces.

Haymarket HQ will host the Australian and New Zealand Division Contest on September 23, with the winner to take part in the world championship in Shanghai in October.

Duco van Breemen, general manager of Haymarket HQ, said, “We see a growing trend in the ANZ region of startups looking to engage with Asian markets. By partnering with Alibaba Cloud, one of the largest cloud providers in the Asia Pacific region and globally, we are helping startups across the region explore new opportunities.”

Raymond Ma, head of ASEAN and ANZ at Alibaba Cloud, added the organisation is pleased to work with Haymarket HQ to expand the program to Australia and New Zealand.

“Alibaba Cloud celebrates the innovations of startups in these markets and is committed to providing technologies that stimulate growth,” he said.

Among the prizes for winning startups is fast-tracked access to Alibaba Group’s first round of investment programs and recommendations, up to US$50,000 credit for Alibaba Cloud products, and coworking space at Haymarket HQ.

Launched last year in Sydney’s Chinatown, Haymarket HQ is an initiative of Banna Property Group, whose CEO Brad Chan told Startup Daily a key aim of the space is to create an accessible, centralised local network to help facilitate the growth of Australian startups into Asia.

Even for corporates, Chan said, an ‘Asian strategy’ usually means putting significant resources into locating, initiating, and developing relationships in Asia, not recognising the strong connections that already exist in their own backyard.

As well as CACSC, Haymarket HQ is playing host to the local finals of OTEC APAC, a branch of the Overseas Talent Entrepreneurship Conference (OTEC) held in Beijing.

An initiative of the Beijing Government launched with support from local partners Infin8 Ventures and Investible, OTEC APAC is a series of pitching events held across the region, including in Sydney, Malaysia, and Singapore, with the top startups at each awarded a place to pitch in the OTEC Finals in Beijing.