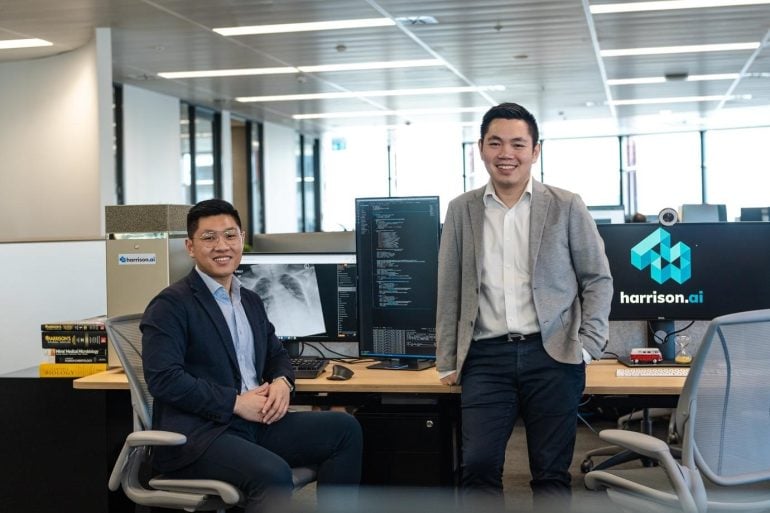 Brothers Dr Aengus Tran, and Dimitry Tran (pictured), who only launched Harrison.ai, their artificial intelligence healthcare startup, last year, have landed $29 million on debut in one of 2019’s most impressive capital raises.

Harrison.ai was formed in early 2018, when Aengus Tran, a clinician and AI engineer, was still studying medicine at University of NSW. A meeting with Dr Simon Cooke, Head of Science at Virtus Health following a lecture, led to the idea of using AI to analyse video of IVF embryos to pick which ones were most likely to lead to pregnancy.

The AI was dubbed Ivy. Aengus, then aged 24, created the algorithm for the project while still studying and within 11 months it became a key selling point for ASX-listed assisted reproduction company.

Aengus and his older brother, Dimitry grew up in Vietnam and came to Australia as teenagers to complete high school. They learned coding from their father who was the national coach for the Maths Olympiad. The family owned one of the first computers in the Communist country.

Dimitry graduated from Bond University  and worked in finance and healthcare. He was the Head of Innovation at Ramsay Health Care when his brother asked him to join Harrison.ai. He’s written two books on improving healthcare improvement and is co-founder and chair of the Centre for Healthcare Improvement Research (CHIR), an NGO working with over 200 public hospitals to improve patient safety in public hospitals in Vietnam.

The Tran duo have bootstrapped Harrison.ai until now, building an impressive team along the way as it sets out to change healthcare using AI. Ivy is the first of their applications to help clinicians make better, faster decisions for patients.

Harrison.ai will use the funding to hires data science and software engineers, and others with clinical and medical device backgrounds.  The company’s also planning to develop new AI applications in radiology, pathology, and hospital operation.

Harrison.ai’s formed  of a new joint-venture with diagnostic imaging provider I-MED Radiology Network, to develop prediction engines for key imaging such as X-ray, mammography and CT to assist radiologists to efficiently and accurately diagnose diseases and injuries.

“I’m excited to be able to use my AI and medical background to help many thousands, potentially millions, of patients to achieve better healthcare outcomes faster than I ever could have by treating patients individually,” he said.

“This presents a great opportunity for technology development and global distribution,” he said.

“A key part of our strategy moving forward is to collaborate with such organisations to develop AI-as-medical-device solutions that improve efficiency, accuracy and safety, ultimately enhancing patient outcomes.”

Samantha Wong of Blackbird Ventures said she was confident Harrison.ai would follow in the footsteps of Cochlea and Resmed.

“Blackbird was built to back founders like Dimitry and Aengus. Their twin passions for technology and medicine perfectly equip them to achieve the mission of speeding up and democratising access to world class healthcare for everyone,” she said.