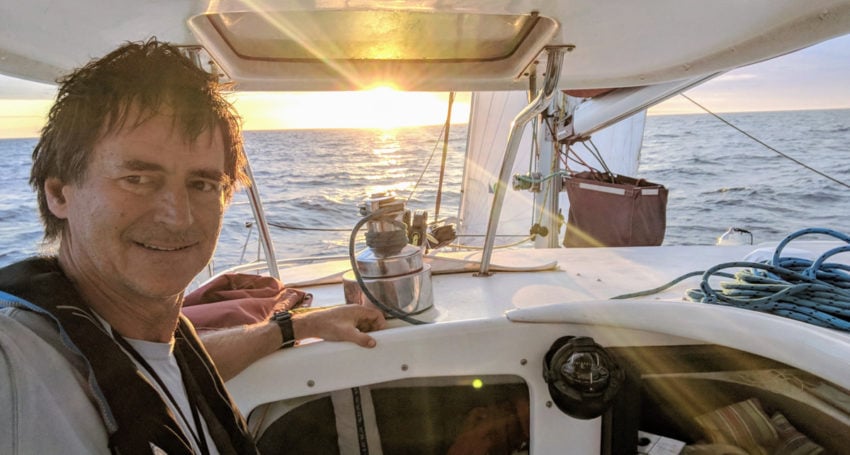 Noble said he began the program to bridge a major knowledge gap of marine ecosystems with data from low-cost floating rigs equipped with various sensors and cameras powered by solar panels and batteries.

“The rigs are powered by the sun and they have networking equipment, so they basically can communicate back to shore,” he said.

“And the big difference from traditional equipment is that they’re basically always online. So, the closest analogy would be like a surveillance camera.”

Noble said where ocean knowledge had previously been very fragmented, AusOcean could provide an uninterrupted insight into the workings of the ocean.

“Typically, what happens is scientists will go out on a boat or go diving and they’ll accumulate a few hours of information and then go back to the lab. It’ll be weeks or months, sometimes years, before they’re able to return again,” Noble said.

“So, they get these glimpses of what’s happening in the ecosystems that is extremely sparse – but what we have been developing is a continuous monitoring system.”

Noble said while AusOcean’s monitoring devices were always evolving, there had been a focus on adapting off-the-shelf video cameras to provide high-resolution underwater footage, which analysts are able to review. 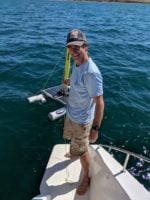 “Wherever possible, we’ll try to use off-the-shelf technology and find ways to apply that to the marine environment,” Noble said.

“Our favourite camera, is a very, very low-cost camera that costs $39.”

Noble said adapting a low-cost camera to be waterproof and suitable for ocean conditions was more challenging than buying an expensive dive camera, but the idea behind AusOcean was to deploy the networked rigs on a large scale so they had to be inexpensive and easy for anyone to make.

“We don’t just want a few dozen of these things. Ultimately, we want thousands of these platforms. We want these to be everywhere,” he said.

AusOcean used the cameras to conduct extensive marine life surveys of Smith Bay on Kangaroo Island in South Australia where he said they also planned to trial an inexpensive hydrophone.

Noble said AusOcean’s aim was to develop robust ocean monitoring equipment as cheaply as possible, which would allow marine scientists and even school students to develop and use the technology.

He said that after a career of developing enterprise and consumer software for commercial purposes he deliberately made the AusOcean technology open source so anyone could build their own ocean rigs to add to the study.

“Everything we do is open source and open hardware,” he said.

“There’s an opportunity to use technology to have an impact beyond profits and I’m a big believer in doing what you care about. In my case, it’s the ocean.”