Google hits back against the ACCC’s ‘misinformation’ accusation 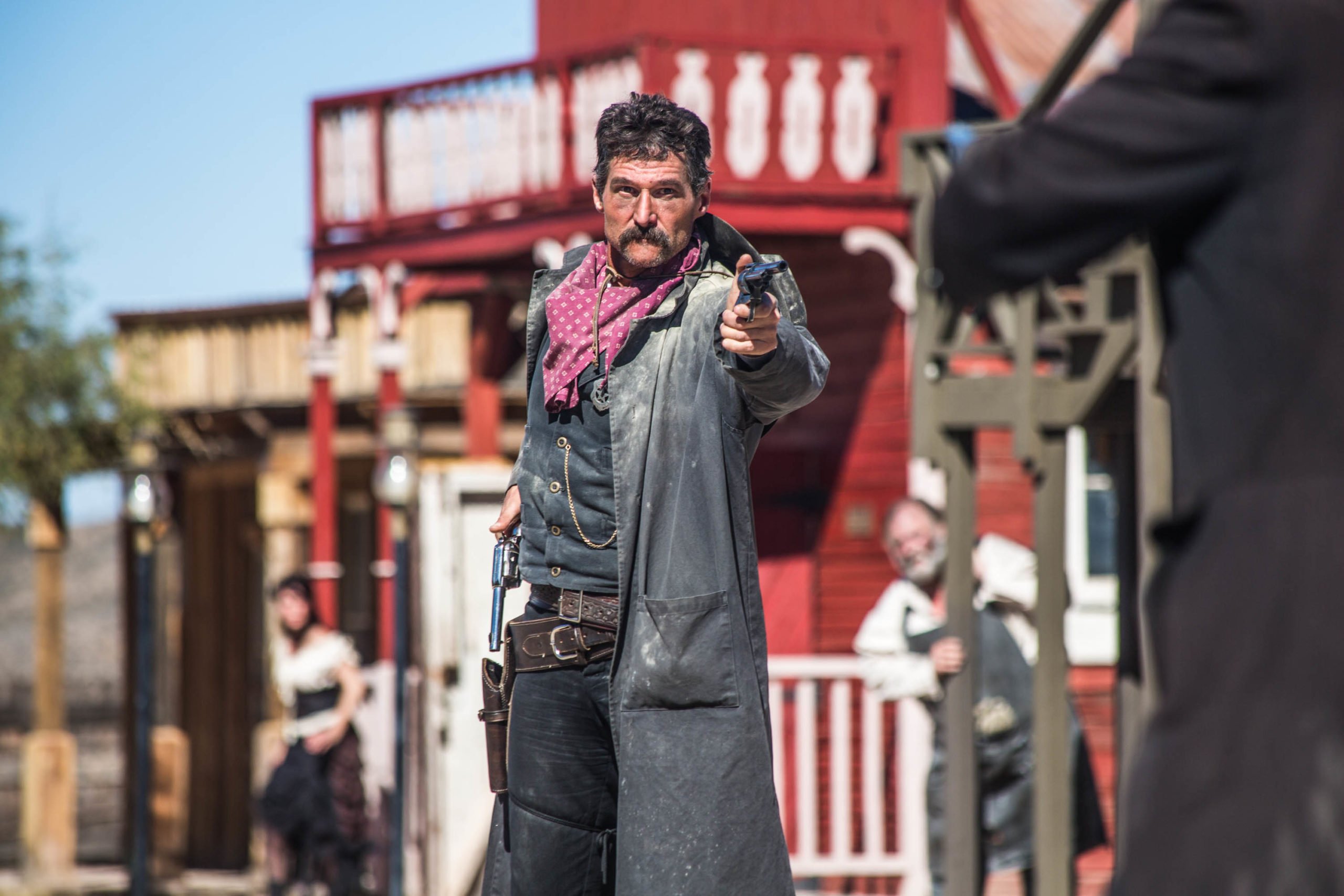 Google Australia’s war of words over plans to make the company pay local media companies for news content, has continued today with a rebuttal of competition regulator the Australian Consumer and Competition Commission (ACCC), which accused the global tech giant of “misinformation”.

Google launched a campaign against the ACCC’s proposal for the so-called “News Media Bargaining Code” which would make Google and Facebook pay media companies, with an open letter to the public from Google Australia’s managing director Mel Silva.

In it she wrote the proposed laws “would force us to provide you with a dramatically worse Google Search and YouTube, could lead to your data being handed over to big news businesses, and would put the free services you use at risk in Australia”. 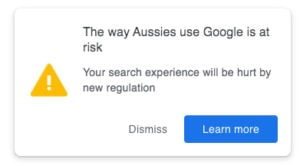 The Google ad that pops up during searches

Google posted a pop up note on its search page, used by 95% of Australians, saying “The way Aussies search every day on Google is at risk from new Government regulation”, with a link to the letter from Silva. A pop-up version says “your search experience will be hurt by new regulation”.

In response, the ACCC said the letter contained “misinformation” about the draft code.

Google’s open letter is here and the ACCC’s statement here.

In its response today, Google says it “strongly disagrees” with the ACCC’s accusation of misinformation.

“We did not say that the proposed law would require us to charge Australians for Search and YouTube – we do not intend to charge users for our free services,” a Google spokesperson said.

“What we did say is that Search and YouTube, both of which are free services, are at risk in Australia. That’s because the Code as it is drafted is unworkable.

“For example, the Code requires us to give all news media businesses advance notice of algorithm changes and explain how they can minimise the effects.

“Even assuming Google could comply with this provision, it would seriously damage our products and user experience. It would impact our ability to continue to show users the most relevant useful results on Google Search and YouTube.”

In response to the ACCC’s statement that “Google will not be required to share any additional user data with Australian news businesses unless it chooses to do so”, Google said that the code requires Google to tell news media businesses what user data they collect, supply to them, and ‘how the registered news business corporation can gain access to’ that data which they don’t supply to them.

“This goes beyond the current level of data sharing between Google and news publishers,” the spokesperson said, adding the federal Treasurer Josh Frydenberg “echoed” their point when he said: “Among the elements the Code will cover include the sharing of data, ranking and display of news content and the monetisation and the sharing of revenue generated from news”.

“This language which attempts to characterise one side of this policy interaction as ‘big businesses’ – and by implication the other side not a big business, let’s be clear this is about the proper commercial terms for dealings between news media businesses,” he said.

Consultation on the draft code closes on August 28, with any proposed laws expected to be debated in parliament in September. 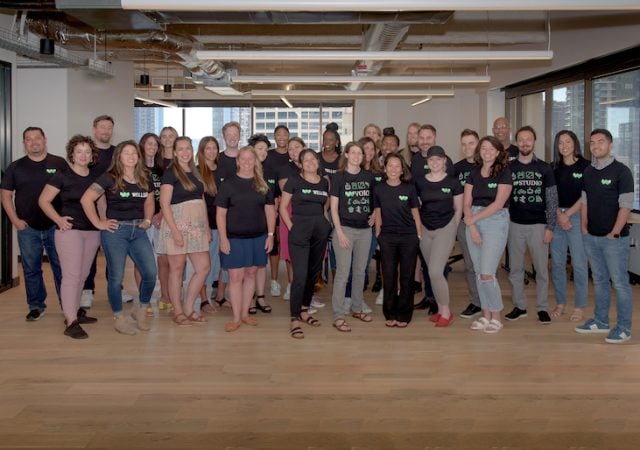 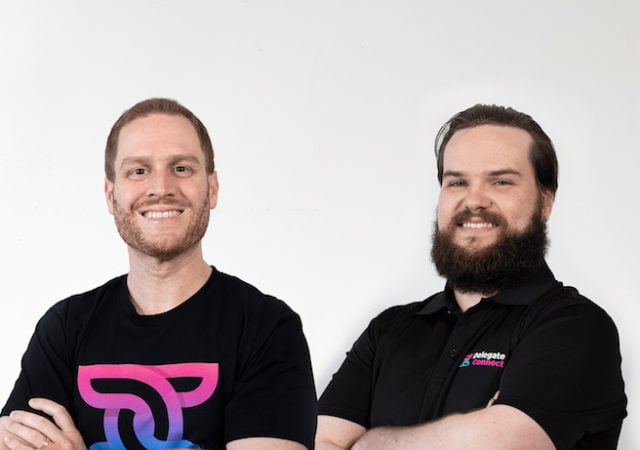 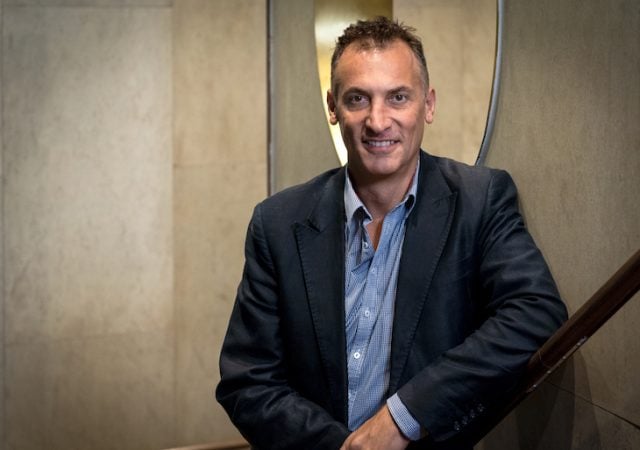 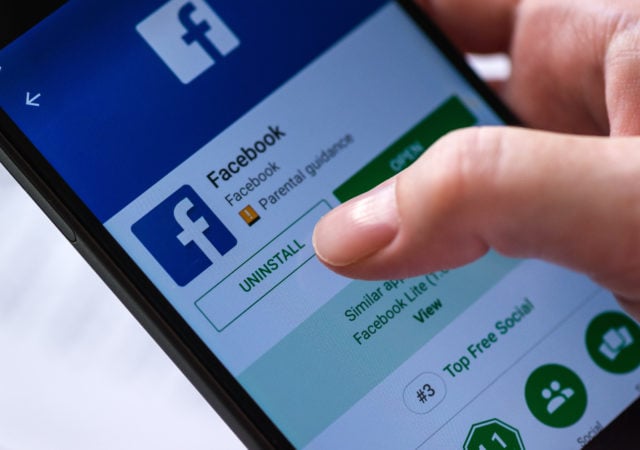