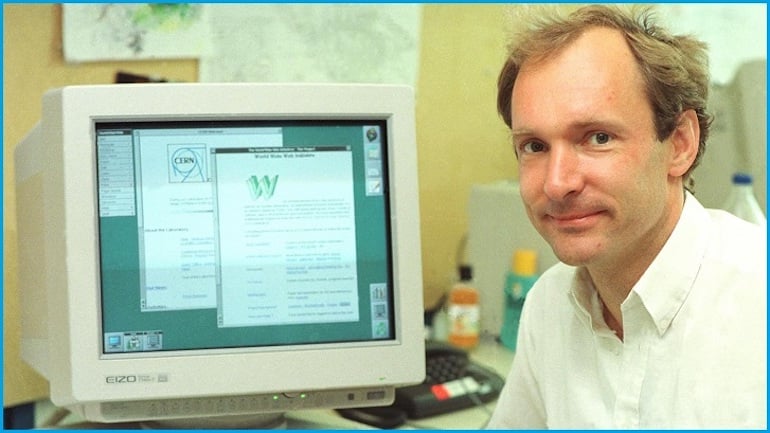 Tim Berners-Lee, creator of the World Wide Web (WWW), is auctioning off the source code for his world-changing invention as a non-fungible token (NFT).

The winning buyer will receive files of the source code Berners-Lee wrote in between 1990 and 1991, a 30-minute silent animation of the code being written – which you can view at Sotheby’s – a signed SVG poster of the code, and a recently written letter by Berners-Lee about the WWW code.

“Three decades ago, I created something which, with the subsequent help of a huge number of collaborators across the world, has been a powerful tool for humanity,” Berners-Lee said.

“For me, the best bit about the web has been the spirit of collaboration.

“NFTs, be they artworks or a digital artefact like this, are the latest playful creations in this realm, and the most appropriate means of ownership that exists.

“They are the ideal way to package the origins behind the web.”

The auction is taking place through Sotheby’s with bidding starting at US$1,000.

Berners-Lee famously chose not to profit from what became one of the greatest inventions in human history, instead letting people design and host their own websites using his code.

He first came up with the idea in 1989 while working as a fellow at CERN.

His wanted to create a ‘web’ of documents – linked by hypertext – that were viewable by browsers which led to him writing the Hypertext Markup Language (HTML) and Hyper Transfer Protocol (HTTP) that services the internet today.

The first web server was a humble Apple NeXT computer which, according to CERN, had a hand written note stuck to it warning, “this machine is a server. DO NOT POWER IT DOWN!”

In 1994, Berners-Lee created the World Wide Web Consortium (W3C), an international standards body that continues to develop the open standards for the Web.

CERN still hosts the domain of the first website http://info.cern.ch to maintain the history of the web.

The sale of Berners-Lee’s code is the latest example of internet artefacts and memes to get the NFT treatment.

Jack Dorsey, founder of Twitter, sold his first tweet for nearly US$3 million in March, while people who became memes like the ‘Disaster Girl’ have made surprising amounts of money from the NFT craze.

But no one is yet to top digital artist Beeple who sold a single JPEG for US$69 million.

Interest in NFTs peaked around March during the sale of Beeple’s ‘Everydays’ and has steadily declined over the past couple of months, according to market analyst site NonFungible.