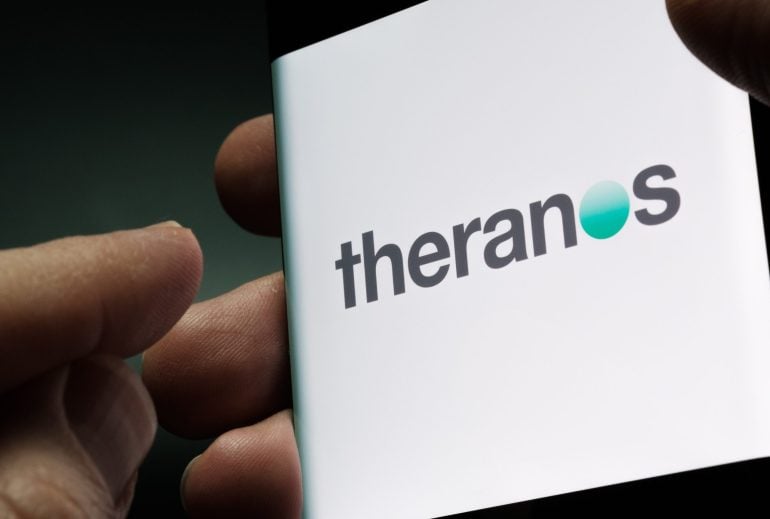 Biotech startup founder Elizabeth Holmes has been found guilty of four of 11 charges by a US Federal Court jury.

Holmes, 37, was the high-profile CEO of Theranos, a supposedly revolutionary blood testing tech startup, which she dropped out of Stanford University, aged 19, to launch in 2003. The company’s ambitions ground to a halt five years ago following a series of expose stories that  first began in October 2015 revealing that the Theranos technology failed to live up to its promises of being able to run hundreds of medical tests using a single drop of blood.

The business has since been involved in multiple legal actions and settlements, having raised around US$1 billion from investors.

By 2014, Theranos was valued at $9 billion, with Holmes declared the world’s youngest self-made female billionaire, worth US$4.5 billion.

Widely lauded in the media, Holmes, who developed a penchant for wearing the black turtlenecks favoured by Apple co-founder Steve Jobs, went from hero to zero as the poster child of Silicon Valley’s fake-it-til-you-make-it hustle culture.

In 2018, the US Securities and Exchange Commission charged Holmes, along with her former partner and company’s COO Ramesh “Sunny” Balwani, with multiple criminal counts of wire fraud and conspiracy to commit wire fraud.

Today, following a three month trial that was extended after Holmes announced she was pregnant in early 2021, giving birth in August, a jury of eight men and four women found Holmes guilty of conspiracy to defraud investors between 2010 and 2015, and guilty of three counts of wire fraud with investors, including US$38 millionon Brian Grossman, US$4.9 million against the DeVos family, and $6 million on Dan Mosley.

She faces a potential prison term of up to 20 years, with sentencing to be handed down at a later date.

The jury found her not guilty of four charges, including conspiracy to defraud patients and two charges involving inaccurate test results.

But the jurors failed to reach a verdict on three more counts of wire fraud involving more than US$10 million, having told the judge they were deadlocked following a week of deliberations.

A twelfth fraud charge was dismissed during the trial. Federal prosecutors can potentially seek a new trial over the undecided charges.

During the trial Holmes denied she set out to defraud people and believed in the company, now wished she’d done many things differently.

Her defence team tried to paint a picture of an ambitious founder who didn’t really understand her company’s technology, as well as alleging that Balwani controlled Holmes in an abusive relationship – a claim he denies. Balwani will stand trail this year over similar fraud charges.

Prosecutor Jeff Schenk said in his closing arguments that Holmes chose to be dishonest with investors and patients.

“That choice was not only callous, it was criminal,” he said.

Question: Why did the jury reached guilty verdicts when investors were the victims and/or when money was the object of the deception but not when patients were victims?