Google’s self-driving car project, Waymo, has launched its autonomous taxi in the US 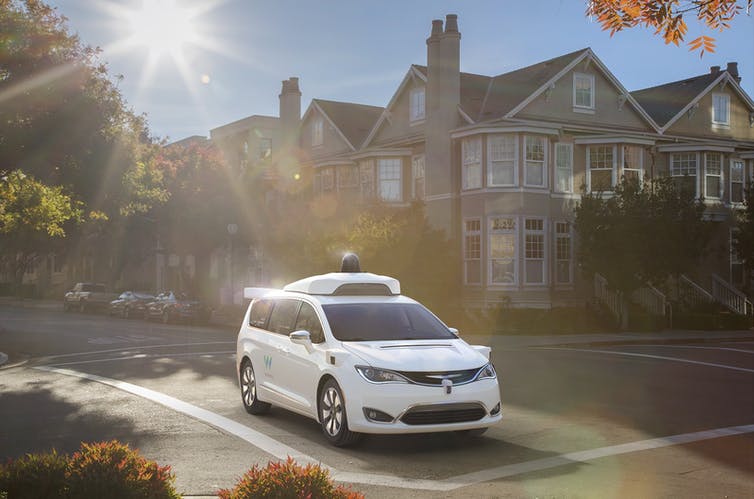 The age of the driverless taxi has arrived – at least in parts of Phoenix, Arizona. Self-driving car company Waymo, owned by Google’s parent company Alphabet, announced its autonomous vehicles are now available to the general public (or at least paying customers).

The service is only available in a limited area for now, both because regulations in Arizona are relatively permissive and because the cars need a detailed three-dimensional map to tell them all about the road environment.

Until earlier this year, the self-driving vehicles were under testing and were used in 5-10% of Waymo’s rides. The service has been shut because of the pandemic, but is now back and Waymo is aiming to increase availability.

Are the cars really ‘self-driving’?

Waymo One currently requires a human driver to be present to supervise the self-driving care and override it when necessary, but the new announcement means fully autonomous, unsupervised vehicles. If successful, passengers will have entirely free time in the back seat.

Safety is still a concern though. Waymo claim trials in excess of 20 million miles of autonomous driving as of January 2020. While this sounds reassuring, with current US death rates at 1 per 100 million miles this is woefully small to demonstrate safety on par with human drivers.

However, some research suggests deploying “good enough” self-driving cars will save lives by getting rid of human errors – and that waiting for the technology to become near-perfect before deploying it would be a mistake.

Much of Waymo’s success is down to rigorous simulation and training. The company has its roots in Google’s self-driving car project, which began in 2009.

Unlike some other companies working on autonomous vehicles, such as Tesla and Volvo, Waymo is not trying to make a vehicle it can sell to consumers. At present, Waymo is only focused on offering a taxi service, though Avis Budget Group will manage the physical fleet of vehicles.

FCA was our first OEM partner, and together we’ve brought the world's first & only on-road autonomous driver+vehicle to the world – no licensed human driver required. Now we're expanding our partnership and the scope of the Waymo Driver in major ways. https://t.co/F3RfTVvLac pic.twitter.com/4iqFuRKjqv

This may be a smart move. From a consumer psychology perspective, buying a Tesla or any other branded autonomous vehicle is expensive, but getting a driverless taxi will feel just as futuristic at a much lower cost.

The road ahead for autonomous vehicles

Even if Waymo’s technology proves safe and effective in practice, commercial success will depend on whether consumers adopt it. We still see customers in banks who prefer to go to a teller instead of making a transaction via a kiosk or ATM, and computer users who are reluctant to upgrade systems and services to newer versions.

Read more:
Airports, ATMs, hospitals: Microsoft Windows XP leak would be less of an issue, if so many didn’t use it

There are still drivers resistant to the usage of (any) electronics in cars, so, for some, robot-driven cars will be a hard sell. What’s more, self-driving cars still struggle to manage everyday unexpected obstacles, such as potholes or broken traffic lights. Weather can also take a toll by affecting sensors.

Billions of dollars have been spent on autonomous car research, but they are far from perfect. High-profile deaths) involving autonomous vehicles have also taken some of the shine off the technology.

The family of an Apple engineer killed in a crash of his Tesla last year is suing the automaker, saying the Autopilot feature on the car caused his death https://t.co/KKkeMh2Xba

So, are we ready to embrace the technology and service?

Waymo provided the service before the pandemic; proved the technology works; and, showed there is public demand for such a service. They will now be aiming to convince stakeholders such as governments and business partners that now is the time for autonomous vehicles.

While seeking to address technical reliability issues – such as the requirement for a 5G mobile network – and customer acceptance of their product, Waymo will be hoping they won’t experience any catastrophic accidents as some of their competitors have.