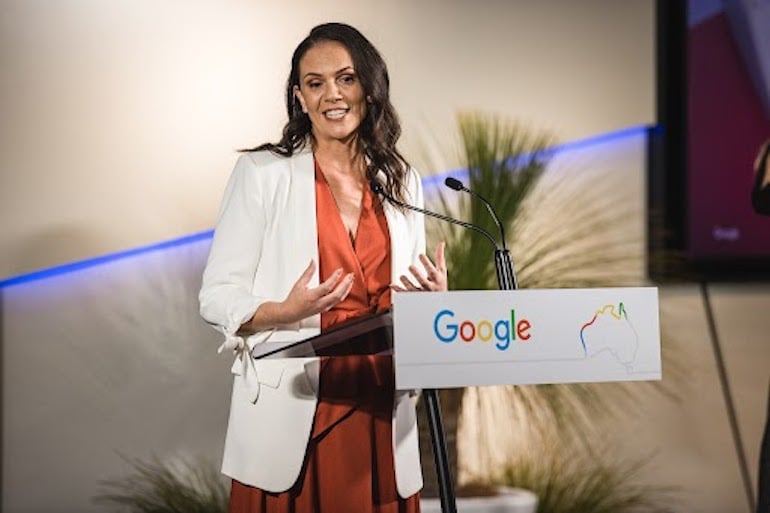 Google Australia has promised to invest $1 billion in Australian infrastructure, research and partnerships over the next five years to develop the country’s digital economy.

The Digital Future Initiative also includes an Australian Google research hub and a range of partnerships, including a collaboration with the CSIRO.

“The Digital Future Initiative is about bringing significant technology resources and capabilities to Australia, investing in the infrastructure that benefits people and businesses, and helping the best  talent thrive here,” she said.

“A strong digital future creates opportunities, improves the everyday and enables the extraordinary – and we’d love to help Australia and Australians make the most of the opportunity and build for tomorrow.”

The company plans to continue to invest in cloud infrastructure as part of the initiative.

“From new cloud regions here in Australia to high-bandwidth and connectivity, every aspect of our infrastructure investment is a strong reflection of our commitment to help businesses scale, innovate faster and bring their ideas to life,” he said.

Google Research Australia will partnering with the research community across the country and Google Research hubs globally to build a team of local researchers and engineers to explore ways AI can help tackle issues in Australia – and around the world.

The announcement, made with Prime Minister Scott Morrison, and CSIRO boss Dr Larry Marshall, comes as the company prepares to mark 20 years in Australia. The business now has 2000 local staff, has just expanded its Sydney office with 550 new desks and has plans for a 4th Sydney office due to come online in 2024.

The global tech giant also wants to partner with other organisations “to solve big challenges”. The includes national science agency the CSIRO to address issues such as natural hazard management, clean energy and protecting the health of the Great Barrier Reef.

CSIRO CEO Dr Larry Marshall said the collaboration will drive opportunities for businesses of all sizes across every market.

“CSIRO solves Australia’s greatest challenges through innovative science and technology, but our partnerships with industry are what makes those solutions real – because when industry innovates Australia grows,” he said.

“CSIRO’s science makes life better for every Australian, and when amplified by Google’s Technology it will catalyse collaborative projects across our entire national innovation system

Google also plans to ramp up its in investment in quantum computing in a partnership with Macquarie University.

Mel Silva said that since Google began in Australia with an office in a Sydney lounge room in 2002, local talent – Google Maps was created in Australia – has been central to the company’s success.

“Today, with the Digital Future Initiative, we’re making our largest single investment ever in Australia, aiming to strengthen local capabilities and help build Australia’s digital economy for the future,” she said.

“We believe passionately in Australia that that entrepreneurship is actually what solves the world’s biggest problems, whether it’s realising the challenges of digital technology or indeed achieving what is needed to be achieved with low emissions energy into the future,” he said.

“Private capital investment, entrepreneurship, collaborating with the world’s best scientists and researchers and innovators. That’s what solves the problems, not taxes and regulation. So leadership in digital capability, skills, digital literacy, cyber security and safety, emerging technologies and AI and in developing research and industry partnerships with digital leaders such as Google.”