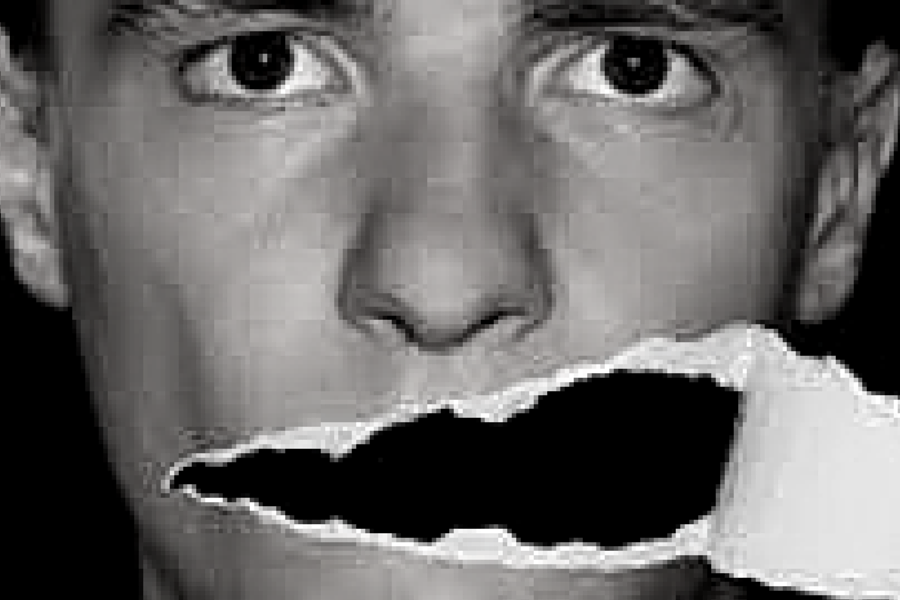 If you’re reading this story, then you probably didn’t see it on Facebook.

The social media giant announced overnight that it would ban Australian news media from its site, following through on a threat in response to the Australian government’s plans to force Google and Facebook to pay media companies for news featured on the site.

Facebook ANZ Managing Director William Easton issued an 800-word edict overnight saying that in response to Australia’s proposed News Media Bargaining Code – the legislation passed in the lower house last night is and how headed for the Senate, Facebook will restrict publishers and people in Australia from sharing or viewing Australian and international news content.

Easton said they instituted the block “with a heavy heart”.

“To do this, we are using a combination of technologies to restrict news content and we will have processes to review any content that was inadvertently removed.”

Easton argues the planned law “fundamentally misunderstands the relationship between our platform and publishers who use it to share news content” saying “the value exchange between Facebook and publishers runs in favor (sic) of the publishers”.

Facebook says it generated approximately 5.1 billion free referrals to Australian publishers, worth an estimated AU$407 million, saying its “business gain from news is minimal”, and that news makes up on 4% of the content people see in their feed.

Easton said the company was “prepared to launch Facebook News in Australia and significantly increase our investments with local publishers, however, we were only prepared to do this with the right rules in place”.

The ban has taken a broad view of who is media, with even the satirical sites The Betoota Advocate and The Chaser blocked.

Oh well. Might have to go to the pub instead.

Here’s how the Facebook ANZ boss explains what has happened as a result of the company’s decision:

For Australian publishers this means:

For international publishers this means:

For our Australian community this means:

For our international community this means:

The Facebook ANZ boss concluded in his statement announcing the ban saying: “We hope that in the future the Australian government will recognise the value we already provide and work with us to strengthen, rather than limit, our partnerships with publishers.”

Facebook’s decision has not impressed federal Communications Minister Paul Fletcher, who told the ABC they need to “think very carefully about what this means for its reputation and standing” in Australia.

“They’re effectively saying any information that is available on our site does not come from these reliable sources,” he said.

Treasurer Josh Frydenberg got straight on the phone to the Facebook founder, Mark Zuckerberg, saying on Twitter that: “We agreed to continue our conversation to try to find a path forward.”

This morning, I had a constructive discussion with Mark Zuckerberg from #Facebook.

He raised a few remaining issues with the Government’s news media bargaining code and we agreed to continue our conversation to try to find a pathway forward.

“Facebook blocking news in the middle of a pandemic, when accurate information is a key plank of the public health response really tells you all you need know about how much Zuckerberg cares about Australian society and cohesion,” he said.

“Throughout the News Media Bargaining Code process Big Tech has dismissed ‘news’ as nothing more than a line item on a balance sheet.

“Facebook is telling Australians that rather than participate meaningfully in regulatory efforts, it would prefer to operate a platform in which real news has been abandoned or de-prioritised, leaving misinformation to fill the void.

Cooper said it shows the value of the news to the functioning of democracy doesn’t matter to Facebook.

“Regulation is an inconvenient impost on their immediate profits – and the hostility of their response overwhelmingly confirms regulation is needed,” he said.

“Regardless of how we use social media, or whether we use it at all – we are all affected by the current lack of accountability.”

Nine’s Sydney Morning Herald is among those hit by the ban, although the way its Facebook page currently present to users, it suggests the company hasn’t posted rather than then fact that Facebook has blocked its posts. 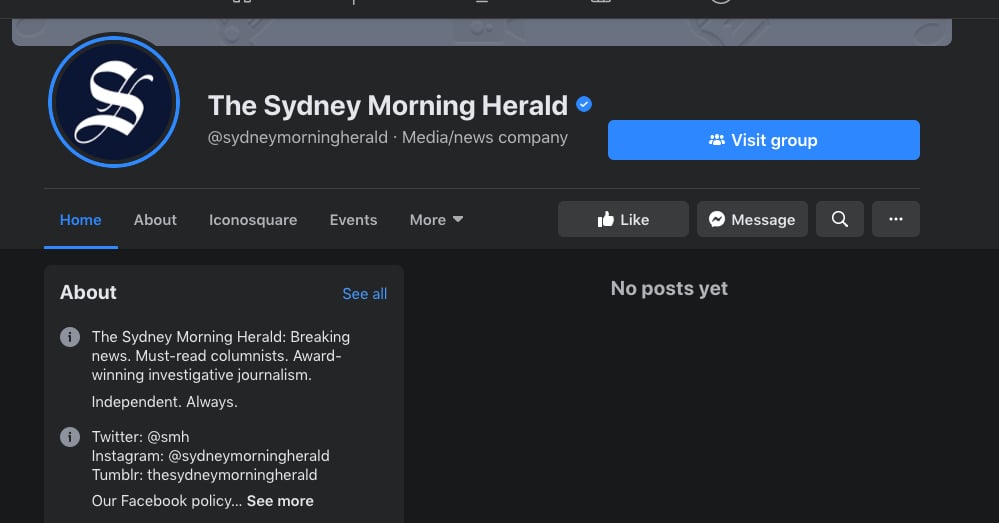 The SMH reports that news outlets with relationships with Facebook were told about the decision early today, revealing that they’d been in talks with the company in recent weeks about payment for content, but negotiations had stalled in recent days over a number of sticking points involving the proposed legislation.

Paying tax and paying for news

Facebook has a market capitalisation of more than AU$1 trillion, making it one of 10 most valuable companies in the world.

Yet is tax structure in Australia means it only declares a fraction of the revenue in generates in Australia, which has experienced double-digit growth in recent years, is declared as taxable income. For example, in FY2019 Facebook had $582 million in revenue, but declared taxable income of $51.4 million and paid $15.4 million in tax.

The ATO has been a battle with global tech companies in recent years over their tax structures, with Facebook among those who changed their arrangements to pay more tax in Australia.

In the 2019 calendar year, Australian cash revenue was $709.5 million, but only $167 million was Australian revenue. That’s because Facebook Australia “bought” advertising inventory from Facebook in Ireland for $508 million, then resold it locally for $674 million. Adding in other costs, pre-tax profit was $39.5 million, for $13.5 million in tax.

The irony for Facebook, which constantly exhorts publishers to spend money on what’s known as “paid amplification” to find audience for stories. It is, essentially, advertising the news and media companies have been reliant on it, especially to promote what’s known has “native” or sponsored content, paid for by advertisers, which has become an increasingly important part of the media’s revenue stream as display advertising revenue moved to digital platforms such as Google and Facebook.

One media expert Startup Daily spoke to, who spends a “four-figure” sum daily on Facebook for paid amplification for content, said that “for every one organic user, a modern media organisation gets about nine from paid”.

He said the Facebook ad manager this morning is still working and hadn’t been turned off paid so far, just organic link sharing and posting.

How much the Australian media spends with Facebook is unknown, but it could potentially match the “value” Facebook places on free, organic reach on its platform.

Meanwhile, Google, having run a loud public campaign against the government’s news media bargaining code, has been busy cutting deals with major media companies in recent days, having recently launched its News Showcase in Australia with a range of smaller publishers.

After signing deals with Seven and Nine, both worth more than $30 million annually each to the companies, it’s now struck a global news deal with Rupert Murdoch’s News Corp that will see the two giants, effectively ending a decade-long cold war between the two multinational corporate behemoths.

The Google deal will see them collaborate on a subscription platform, share ad revenue and develop additional video journalism for YouTube, with a News spokesperson declining to say how much it is worth beyond Google making “significant payments”.

Previous article SME lender Judo Bank raises $284 million for $1.6 billion valuation
Next article Google and Facebook want to have it both ways on the value of news
Via Global tech
Tags auspolFacebookmedianewsNews Media Bargaining Code