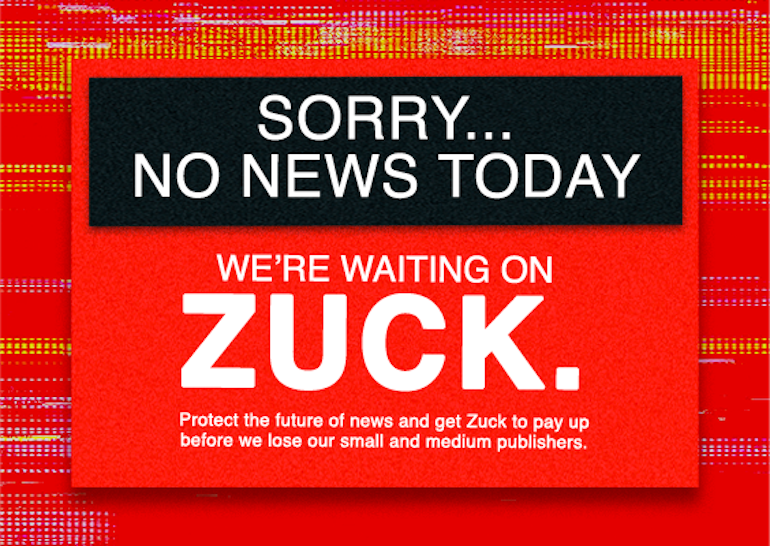 An image from the #Waiting

When the News Media Bargaining Code was introduced by the federal government last year, forcing Facebook and Google to pay media companies  for news, it was hailed as a game changer for the industry.

Twelve months on, the game has changed, but tech giants Google and Facebook have created a more skewed playing field for local media.

That’s why today across Australia, more than 30 media outlets have stop publishing news for 24 hours in a collective freeze to fight for the future of local news media.

The news freeze is aimed at highlighting that while Facebook and Google have struck deals with the country’s biggest news platforms, including News, Nine and The Guardian Australia, the tech giants have ghosted smaller and medium-sized news publishers.

The unintended consequence is that independent news businesses, without an agreement, are left at a significant competitive disadvantage. Already lean businesses, Facebook and Google continue to profit from their work without compensation. 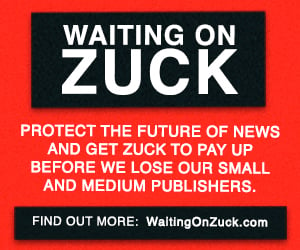 Those publishers are protesting Facebook’s inaction with #WaitingOnZuck to pay for journalism and content that appears on the Facebook platform.

Startup Daily has approached both Facebook and Google repeatedly on the issue of striking a deal based on the code. Those approaches are either ignored or kicked down the road. Pinstripe Media, publishers of Startup Daily, as well as Kochie’s Business Builders and Flying Solo, is far from alone on that front.

This Code aims to reduce the imbalance between Australian news media businesses and digital platforms, specifically Facebook and Google. Under the Code, the digital platforms are legislated into commercial negotiations with local media companies.

Facebook has negotiated deals directly with the large media networks; however, they have failed to negotiate with most of Australia’s independent publishers.

Cast you mind back 12 months and you’ll remember Facebook summarily blocked Australian media companies from its platform as part of its fight with the federal government. The astonishing and clumsy move also blocked and took down posts by hospitals, arts organisations, charities, ASX-listed companies and essential services, among others.

It came following howls of outrage from big tech warning the internet as we knew it would end, that YouTube would be wiped out, and threats that Google would turn off its search.

Startup Daily is not involved in today’s #WaitingOnZuck campaign – Tuesday is the busiest day of the week for startup news – but supports the initiative.

These publishers – SMEs, much most of the companies we write about – and their millions of readers are currently waiting on Zuckerberg (and his businesses), to come to the negotiating table and make commercial deals that are transparent, fair, and pay for quality independent journalism.

A year on, the federal Treasurer is currently reviewing the impact and effectiveness of the Code. The Code requires designated tech platforms to
strike commercial deals with Australian publishers; but Facebook and Google have not been designated.

If the tech giants won’t come to the table, smaller new publishers – who exist thanks to a new era of tech – want designation declared for both
platforms to hold them to account to support smaller news outlets.

“While the purpose of the Media Bargaining Code was to support public interest journalism. I don’t believe its purpose is being met when small to medium sized publications who represent a huge diversity of opinions and views are left out of the equation,” she said.

“With millions and millions of dollars now being spent on talent, marketing, technology and audience acquisition, independents are finding it impossible to compete,” he said.

“Facebook and Google are in a position to pick the winners and losers in Australian media, which is something the Australian public should be very worried about. The only way for independent media to survive is to designate the platforms.”

More on the campaign is available here.