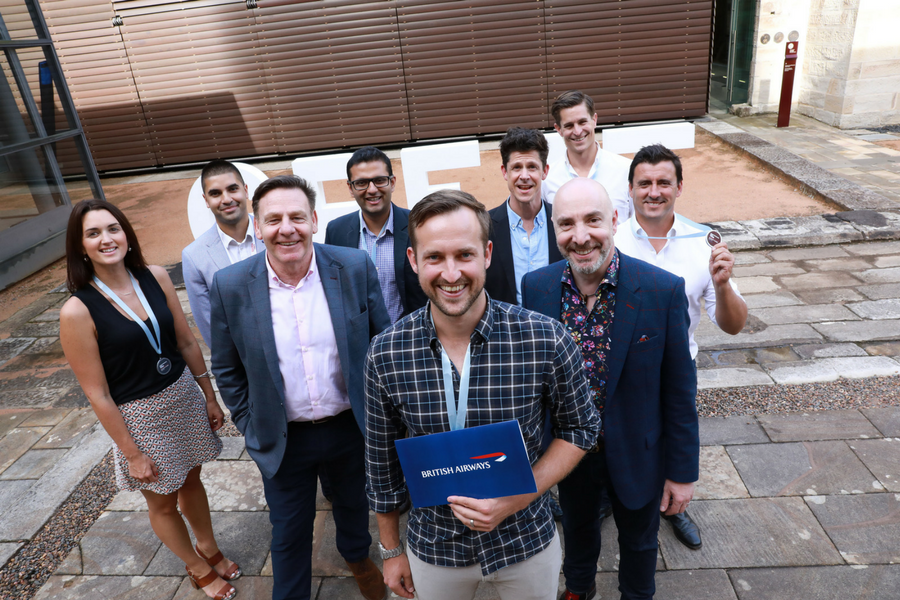 The event saw over fifty entrepreneurs pitching to a crowd of investors for virtual seed capital, which could be awarded to them using the Startup Games app.

Each participant also heard keynote addresses from a lineup of local and international startup names including Redballoon founder Naomi Simson, cofounder of UK accelerator The Bakery London, and lead of Tyro, Andrew-Corbett Jones.

At the end of the day, Nod was declared the winner after earning over GBP$110 million (AUD$177 million) in virtual funds.

Nod, which is developing an online platform which connects everyday users and businesses with questions regarding money to professional financial advisors on-demand, will reap the competition’s rewards through a trip to the UK.

Here, the startup will participate in London Tech week, where the team will be exposed to mentoring and support from a network of VCs, angel investors and successful entrepreneurs.

Previously speaking about the event’s announcement in January, Director General for the UK DIT in Australia and New Zealand, Nick McInnes, said the purpose of UK trip is to help Australian startups learn about UK expansion.

“The UK offers a very friendly environment for Australian startups looking to grow their business internationally. Some of the reasons why startups should consider the UK include low tax rates, access to finance and world-class hubs and accelerators,” he said.

Discussing yesterday’s event, British Consul General for DIT Australian and New Zealand, Michael Ward, said the organisation looks forward to working with Nod to help them lay the foundations for future the in the UK.

“Yesterday provided a fantastic opportunity for the startup community to come together, practice their pitches and receive advice from leaders in their field. We look forward to working with Nod on a programme for their trip to London,” said Ward.

Nod’s cofounder, Joel Robbie, said he and his fellow cofounders are looking forward to the trip, and hopes the experience will propel their fintech platform.

“We’re just getting our head around what the UK trip could mean for our company but we know it represents an amazing opportunity that we’ll take with both hands,” said Robbie.

Coming in second place with GBP$65 million was Sydney healthtech startup Cancer Aid, which is working to allow cancer patients to track their treatment, while third place went to betting app Punt Club with $54 million.

The Startup Games emerged from the DIT’s flagship Global Entrepreneur Program, which aims to create initiatives that will attract high quality startups to the UK.

Last year’s event was held over two days in Rio de Janeiro to coincide with the Olympics, and also saw fifty startups participating.