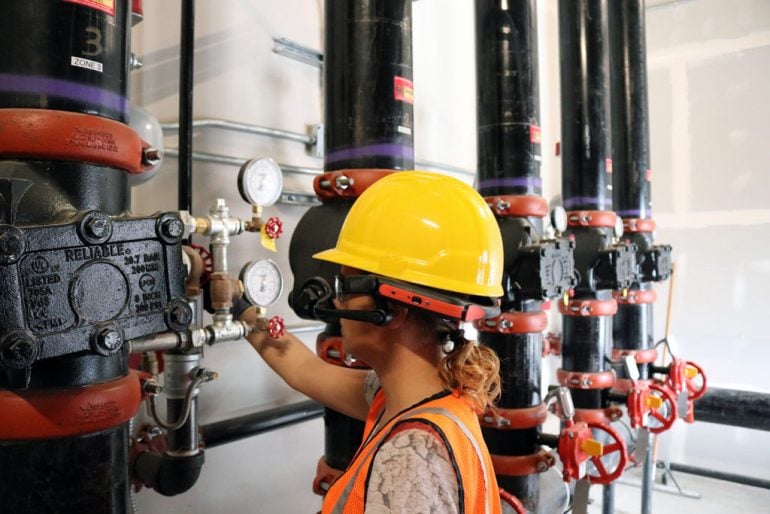 Micro-training platform Hindsite has landed an $3.25 million seed round as it looks to ramp up its global potential.

Previous backers include angel investor ACAC Innovation, along with friends and family, in a 2018 pre-seed raise.

Builder’s labourer turned software as a service expert, Doug Hastings, founded the company in 2017 after building a successful tech career at RedEye Apps and Go1.

He was inspired by Hollywood blockbuster The Matrix  –where Neo learns kung-fu – to create the industry training version so people can learn real-world, curated skills via video.

Conscious that much of the wisdom in workplaces resides in experts approaching retirement, Hastings is on a mission to record that understanding before they go.

The software is deployed on industry-specific wearables – such as RealWear and Google Glass – captures the user’s perspective of how they apply their skills in the as-built environment. It can also be used on smartphones, tablets and laptops. The photos and video-based “micro-learnings” enable remote mentoring video calls to anyone, anywhere in the world.

Hastings has built the platform so it transcribes and translates all its content into more than 70 languages.

“Subject matter experts are able to capture and preserve valuable, real-world, skilled knowledge that can be accessed by the right person at the right time,” he said.

“It’s literally that person out in the field, doing what they do best, capturing nuanced and intrinsic knowledge only they know, while narrating, geo-locating and making it available to the entire business.”

His passion to use smart technology to improve onsite training came from his experiences two decades ago.

“I was working in my first job as a labourer, but I was struggling to perform it safely because I didn’t possess the innate skills – nor was I taught – that of my coworkers,” he said.

“I moved into the tech sector, but I knew I wanted to come back to my idea at some point.”

Hindsite came about when Hastings was sitting at the kitchen table with his wife and said he wanted to start the business.

“She told me to go for it, so I sold my beloved yellow Ducati motorbike and invested all our savings into Hindsite and the rest is history,” he said.

Williamson was a key part of the engineering team of Microsoft Teams, and was responsible for its adoption in the US and UK, before leading the platform’s growth across Asia, India and the Middle East.

Hastings said the use of the seed funding was for more strategic hires, along with the growth of its international customer base and investment in R&D.

Ex-Tanda executive Liam Scanlan, who joined as co-founder and chief operating officer in 2020, said the company’s product was a game-changer for those sectors.

“The skills shortages being faced by companies in those sectors aren’t going away,” he said.

“There is an expectation that people need to become subject matter experts in order to do their job, but often their employers don’t have the resources that enable them to acquire the required knowledge in a safe, efficient and expedient way.”

Previous article Quantum computing could be just as a few years away from creating a day of reckoning for cryptocurrencies
Next article If there’s no fundamental value in Bitcoin, how long can it really survive?
Via Funding
Tags Hindsitenewsseed round