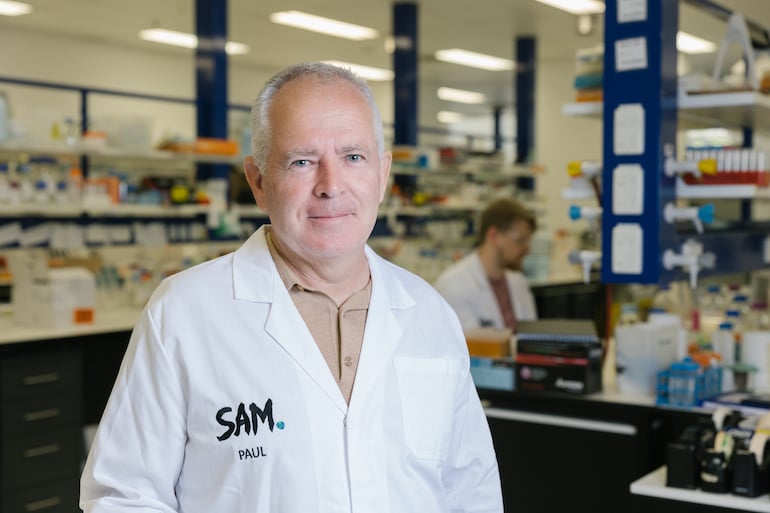 Recycling startup Samsara Eco has raised $54 million in a Series A round as it looks to reduce plastic pollution.

The company is looking to build its first plastic recycling facility before Christmas in partnership with the Australian National University (ANU), ahead of ramping up full-scale production over the next 12 months to process 20,000 tonnes of plastic from 2024. The longer-term goal is recycling 1.5 million tonnes of plastic annually by 2030.

The capital is earmarked grow the engineering team, develop Samsara’s library of plastic-eating enzymes and fund its first commercial factory.

Samsara – a Sanskrit word for “flowing around”, referencing the continuous cycle of life and death – launched last year after developing a new way to infinitely recycle using plastic-eating enzymes that break down plastic to its core molecules.

Founder and CEO Paul Riley said that less than 10% of plastic waste is currently recycled and he hopes Samsara’s solution will help reduce demand for fossil fuels to create new plastics.

“Plastic is one of the greatest inventions of the 20th century and provides enormous utility because of its durability, flexibility and strength. Yet, plastic is an environmental disaster, with almost every piece of the 9 billion tonnes ever made still on the planet,” he said.

“You can’t solve the climate crisis unless you solve the plastics crisis. Unlike other alternative recycling practices, our process is economical, with a low carbon footprint and allows for the effective recycling of challenging plastics including coloured, multi-layered or mixed plastics and textiles. Our technology means we have enough plastic in the world already and with our technology you never need to produce plastic from fossil fuels again.”

The company partnered with Woolworths Group to launch the first enzymatically recycled packaging is set to hit supermarket shelves next year.

“We’re excited about the potential of Samsara and its ambitious plans, which have the power to positively disrupt the role of plastics in supermarkets and retail environments,” she said.

“The CEFC has now recommitted to back Samsara’s innovative technology, which is a welcome and necessary solution to the major challenge of plastic recycling, increasing recovery rates and reducing the volume of plastic that ends up in landfill,” he said.

Riley said the scale of the problem is already massive and growing.

“Every minute of the day, the equivalent of a garbage truck full of plastic ends up in our oceans. By 2050, the volume of plastic by weight will exceed fish in the sea. We’ve had fantastic growth so far, but the plastic problem is growing faster,” he said.

“Access to this funding will enable us to accelerate the capabilities of infinite recycling and scale our technology which breaks down plastics in minutes, not centuries.”