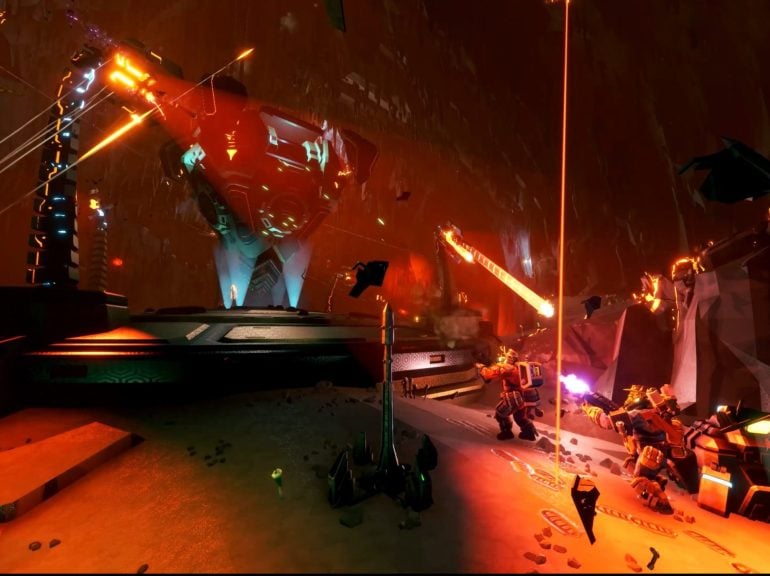 A scene from the game Deep Rock Galactic

Gaming user-generated content (UGC) platform mod.io has raised US$25 million (A$35M) in a series A.

The round was led by the VC arm of the world’s largest video game vendor Tencent. The Chinese company joins in LEGO Ventures, OIF Ventures and existing investors Makers Fund, Play Ventures, Sequoia Capital India’s Surge and GameTech Ventures in the round.

The Melbourne startup, which launched in 2019, has 450,000 users accessing the platform daily. It connects game studios with community-driven UGC. The funds will be used to further build on plans to evolve collaborative digital play in what it sees as a UGC-fuelled metaverse.

Mod.io takes its name from the slang for the popular habit of modifying a video game to create new content within that gaming world.

The company predicts that by 2025, $1 in every $10 spent on video games will be spent on UGC, a 400% increase on current levels. That would push UGC revenue to more than US$25 billion over the next four years.

Around 20 million pieces of user-generated content are distributed monthly using mod.io, to over 3 million players. It was the first to launch cross-platform mod support in SnowRunner, Skater XL, Space Engineers and TABS on Xbox and PlayStation as well as PC. It supports more than 80 different games, including Deep Rock Galactic and Humankind across 11 platforms and stores.

Mod.io CEO and co-founder Scott Reismanis said the metaverse will be built with UGC as foundational components.

“Player-made content, hand in hand with professional content, made by game studios. Our goal at mod.io is to enable games to launch their own creator economy, providing studios with the building blocks wanted and needed by players,” he said.

“Securing this milestone investment helps us develop our existing platform, expand our team, and continue to provide the best modding service for developers, creators and players alike.”

“Many of the largest video game genres today started out as UGC, or mods, built by enthusiasts on top of existing products. For over two decades, Scott and his team have been instrumental in supporting the growth of this community,” he said.

“As a stakeholder in the future of this industry, Tencent is proud to support mod.io on its path to unlock creativity across the gaming ecosystem.”

LEGO Ventures Digital Play MD Rob Lowe, Managing Director of Digital Play, said mod.io has created a UGC platform that allows any game to be rebuilt and adapted by the player.

“We believe this is a great example of the core LEGO idea applied to digital play, and we are extremely excited to support mod.io as they further expand the platform, community and range of games utilising this highly promising technology,” he said.