Travel and GPS startup AirBolt locks in $2 million seed round 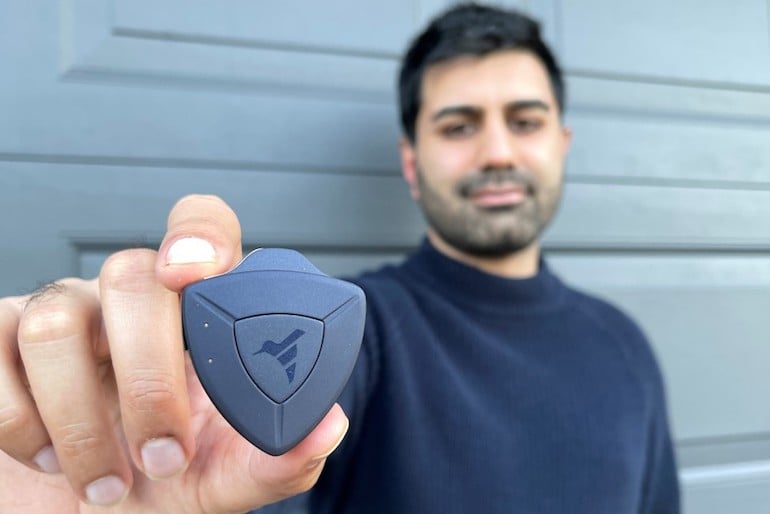 Connected devices tracking startup AirBolt has raised $2 million in a seed round.

The raise was led by 72Capital and Moat Investments, with the funds deployed to expand AirBolt’s range of connected devices and global partnerships.

Sidhu founded the company in 2015 after travelling to the US and forgetting the combination to his lock when he got to his hotel room.

“It took nearly 45 minutes of going through 001, 002 to finally stumble upon the right code and I started to think there’s got to be a better way,” he said.

A successful KickStarter campaign in 2015 for the AirBolt travel lock subsequently led more than 60,000 devices being sold globally.

And to Sidhu’s surprise and delight, it’s being used in unintended ways, such as protecting bikes, and managing access for key boxes to Airbnbs, as well as by enterprise customers.

With Covid-19 putting paid to travel, he then launched a global GPS tracker via crowdfunding, landing more than $1.4 million in pre-orders.

“Nothing really compares to what we’re building with the AirBolt GPS in terms of battery life, size , feature set and global operability,” he said.

“We knew GPS tracking was a big market and that current solutions like Bluetooth trackers had their limitations, but I think we underestimated how much it truly matters to people.

“Even in a segment like pets, for example, it’s estimated that 10 million pets go missing per year in the US alone and when you think about it, if we can solve the heartache of losing your beloved family dog, that’s huge, and it’s a mission that helps us realise what we’re doing is really meaningful.”

The success of the AirBolt GPS product made him realise it was time to take on further investment.

“I guess we’re a bit of an anomaly in the hardware world, we’ve been profitable since the early days and never raised any outside capital previously thanks to our amazing KickStarter backers, but it was definitely time now to set our sights on becoming the best tracking and smart access company in the market. That’s the opportunity we have in front of us now,” he said.

“We couldn’t be more thrilled to back Kabir and the team at this stage of growing their tech-savvy SaaS enabled ecosystem of devices,” she said.

“We look forward to working with them long-term as they continue to deliver the very best products in this important market.”

AirBolt is now scheduled to deliver the GPS units later this year and will continue to grow their US and European presence through their distribution and key hires.