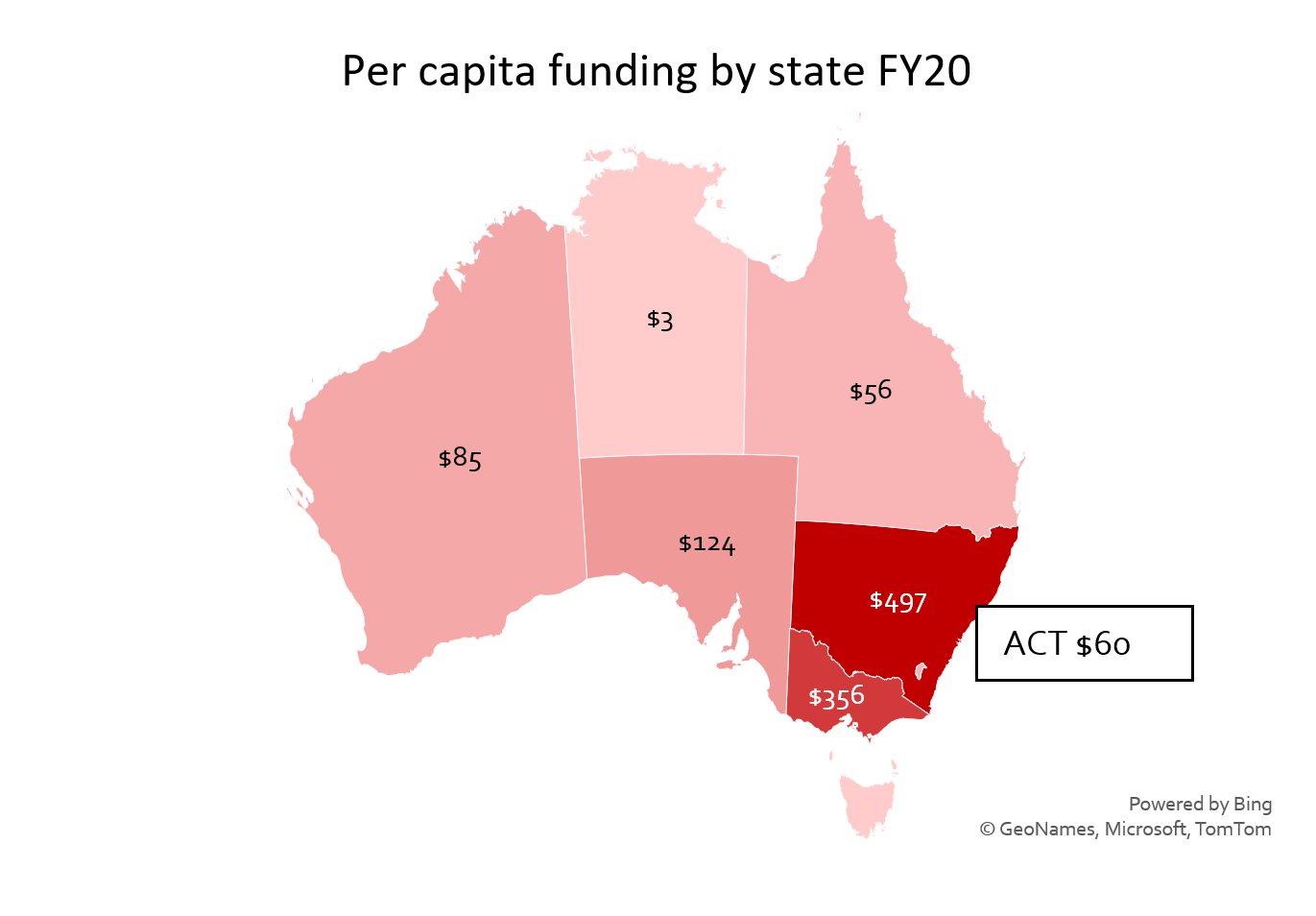 Per capita funding in startups by state. Source: Techboard

More than 700 Australian startups have received nearly 900 rounds of funding from around 400 investors during the 2020 financial year according to the latest annual funding report by data analysis company Techboard.

The third annual Techboard funding report captured 895 funding events for 726 companies from 385 funders.  The total startup and tech company funding in FY20 was almost $7 billion, in line with FY19 and almost double FY18, although last year’s figures were skewed by the inclusion of the $1.6 billion acquisition of PEXA. If that transaction is omitted, funding in FY20 increased 33% from FY19 levels. Transactions levels were up 7% on the previous year.

Techboard co-founder and CEO Peter van Bruchem said it was pleasing to see Australia had outperformed other countries when it came to the impact of Covid-19 on investment in the last financial year.

“We are pleased that our data can demonstrate both the strengths of our growing startup ecosystem in Australia, but also highlight areas of concern. Our data tends to show a fuller picture than our main competitors, who are all based offshore and it is good to see that our data is being relied upon more frequently,” he said.

“Some commentators suggested that the impact of COVID may be felt further down the track. However we have seen several new venture capital funds announced so far in late FY20 and early in the current financial year which may indicate investment won’t be drying up any time soon.”

van Bruchem said while overall funding levels remain healthy and growing, the deal size under greatest stress is sub-$1 million investments, which tend to be less serviced by the VC funds.

“I am therefore a little concerned about early stage startups getting funding in the current environment. There are a number of initiatives to help address this but in any event we will be continuing to monitor funding and will see and report on when and if the level of small deals recovers,” he said.

The number of private deals at the lower end of the scale (sub-$5m) contracted during Q3, with a recovery in deals $1-$5m in Q4 and sub-$1m deals continuing to decline in Q4.

Blackbird led Australian VC investors in terms of the highest overall value of deals during 2020, with 14 investments totalling $490 million.

The most active Australian VC by number of deals was Artesian who backed 44 eligible companies with a combined disclosed deal value of $36 million, although a majority of Artesian’s investments are for undisclosed amounts.

The Techboard report, led by his co-founder Rafael Kimberley Bowen, reveals that Q3 in FY20 saw a drop-off in the number of transactions, but this was concentrated in public markets rather than private deals. Q4 was the best funding period in the three years of the report if the one-off PEXA deal from last year is excluded.

On a per capita basis, Victorian investment grew marginally in FY20 $356, up just $ on last year, while NSW investment soared 115% to $492 ino FY20, up from $229 per person in 2019. In both states fintech megadeals drove the higher funding levels.

Funding per capita grew by 55% to $124 in South Australia, fell marginally to $56 in Queensland, plunged more than 50% in ACT to $60 and also dropped 41% in Western Australia to $85 per person. The other states and territories have recorded marginal amounts of funding in the last 2 financial years.

Nationwide, funding for local startups sits around $271 per capita per annum.

Interestingly, when only private funding for startups is taken into account, Australia is well behind global tech hotspots, at $121 per capita, compared to $604 in Israel and $412 in the US.

The good news is angel group activity increased significantly by around 60% in FY20, with $14m invested by the major angel groups.

Here are some more of the key charts from the FY2020 report about startup funding over the last three years of the Techboard report. 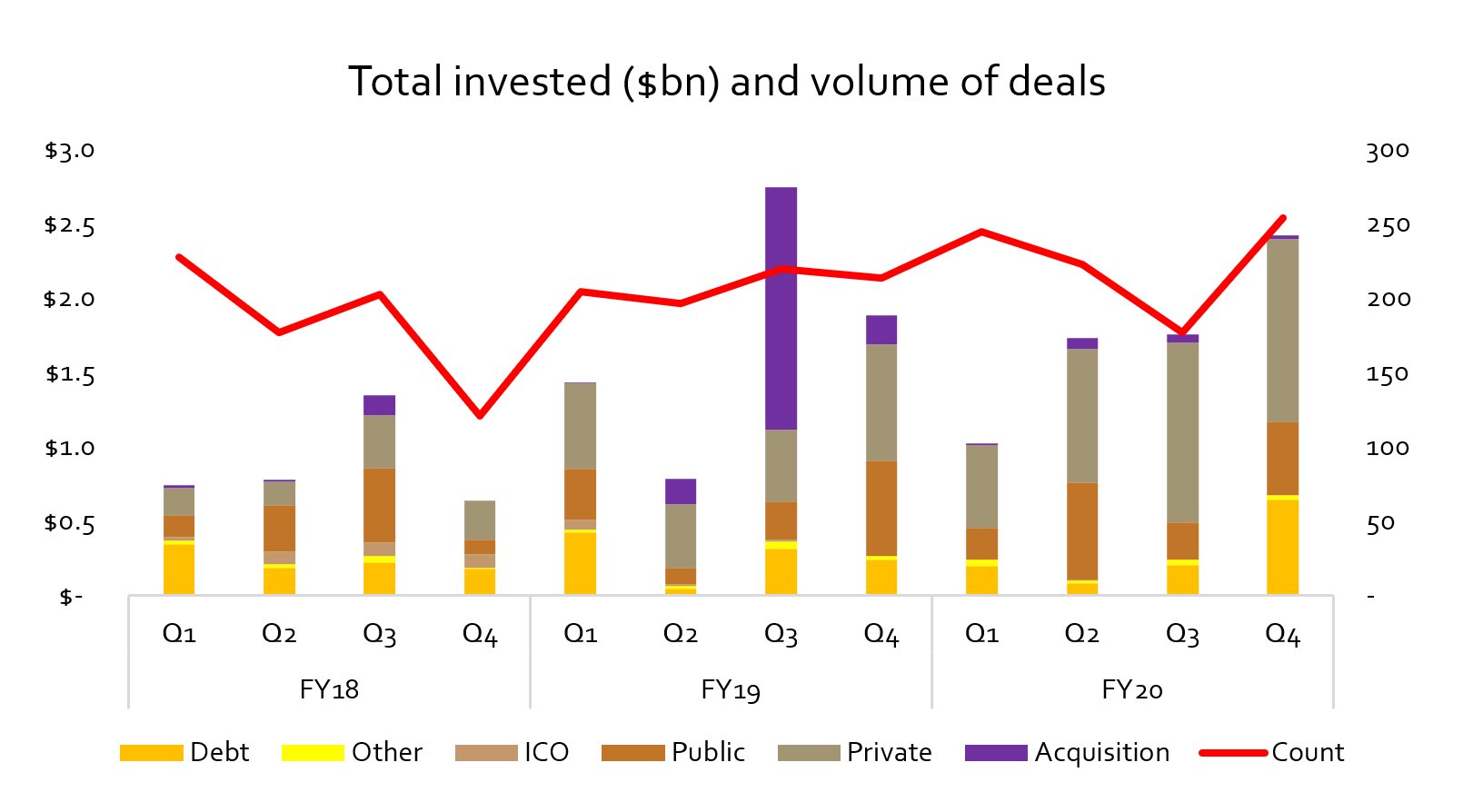