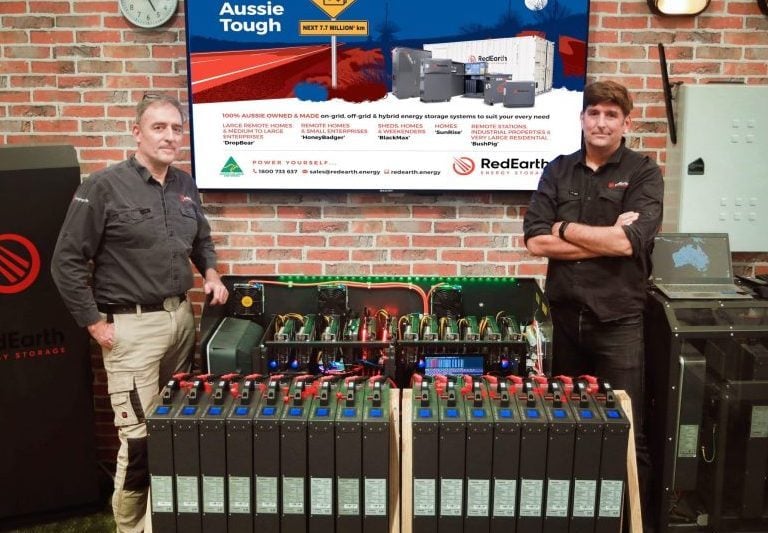 RedEarth Energy Storage has raised $12 million pre-IPO round as it looks to list on the ASX in 2022.

The Queensland venture plans to use the funds to accelerate its local manufacturing, sales, and marketing efforts, as well as specific research and development to finalise its electricity monetisation technologies ahead of the planned listing.

The business has previously raised $8 million, including the state government’s Queensland Business Development Fund. It was co-founded by CEO Charles Walker and CTO Chris Winter in 2013 as a residential and commercial battery maker and subsequently turned its focus towards building networked energy storage systems, including the “Troppo” battery and “BlackMax” integrated off-grid system (“BlackMax”), which are both certified by the Clean Energy Council.

The company has developed its own integrated technology stack and has established a network of 1,000 systems hardened in the field.

Charles Walker said RedEarth experienced seen more than 60% quarter-on-quarter growth in revenue for the last 13 quarters, with the expansion of distributed energy storage adoption a very significant tailwind as it looks to an IPO next year.

“We are committed to our vision of continuing to empower our customers with new possibilities of not only saving money by switching to solar electricity but making money. This is unique in an industry dominated by partial foreign offerings,” he said.

“RedEarth is at the forefront of that change with our fully vertically integrated offerings for both on-grid and off-grid customers,” he said.

“We plan to make significant reinvestments in additional research and development as RedEarth grows, to ensure the company’s products remain at the forefront of Australia’s growing sustainable energy needs.”

Ord Minnett Private Capital director Trent Donnelly said they were pleased to back the business as it geared up to becoming a public company.

The investment in RedEarth presents a unique opportunity to partner with an Australian business actively participating in the decarbonisation of the economy and offering customers the opportunity to take greater control, and to financially benefit from their investment in renewable energy,” he said.