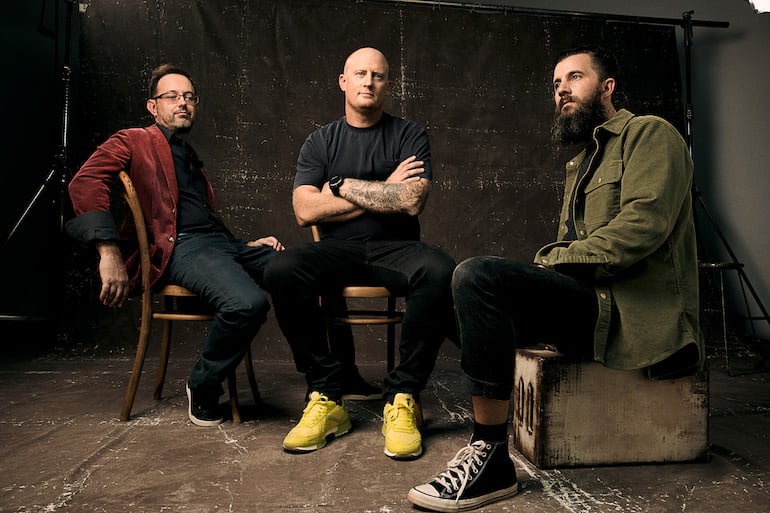 The startup hopes to “democratise” software engineering by providing the infrastructure SaaS ventures need to get started.

Kinde was co-founded by Ross Chaldecott, whose CV includes Atlassian, Shopify and Campaign Monitor – the latter where co-founders Dave Berner and Evgeny Komarevtsev met.  They founded Kinde last year. It now has seven staff in a distributed team, with plans to quadruple that number in 2022.

“It shouldn’t be only engineers who think about starting SaaS companies – but anyone with an idea. We’re democratising software by shortening the distance between having an idea and getting it into the hands of people who need it,” he said.

“Giving them access to this technology – that historically only established businesses could afford – means they can accelerate from day 1.”

Chaldecott said he’s spent his career thinking about the problem and seeing it first-hand in SaaS businesses of all sizes.

“The impact of decisions made in their very first few months of existence can haunt them for years. The scope of this thing is huge,” he said

“But there is this huge gap when it comes to the universal problem of SaaS infrastructure – enabling people who have ideas to rapidly start and grow their businesses. We want to change that.”

Berner, Kinde’s VP of Engineering , said he’d worked on a lot of apps “and inevitably ended up building the same core components over and over again” in features that have nothing to do with the products.

“What we provide is all those building blocks to enable founders to focus solely on what makes their product special and get it to market as fast as possible,” he said.

Kinde’s product will include tools for founders to authenticate and manage their users, create feature flags for managing access within their products, and build feature plans for billing their customers.

Felicis general partner Victoria Treyger said: “I can’t imagine a better focus for our fourth Felicis investment in Australia’s tech ecosystem than the Kinde platform, which empowers founders everywhere with the infrastructure components needed to start any SaaS company.”