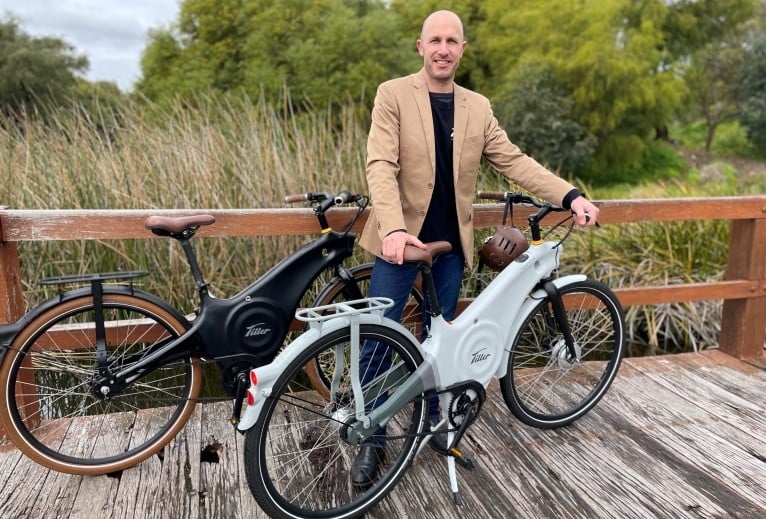 A Western Australian startup dubbed “the Tesla of e-bikes” has raised more than $550,000 in the first 24 hours of its crowd-sourced funding (CSF) campaign

Perth-based Tiller Rides has smashed the average investment size on the CSF platform Birchal, at $7,639 per investor, around $6000 more than most raises.

It also marks the 100th successful raise for Birchal, with co-founder and MD Matt Vitale saying that the new financial year was off to a flying start, with 14 deals already funded.

“What a brilliant company to pass this significant milestone of 100 successful raises – Tiller is representative of a new breed of businesses fuelled by everyday Australians creating companies that will make us proud on a global stage – shaping a future we all want to see,” he said.

“Tiller Rides has wowed investors with many calling it the Tesla of e-bikes due its game changing features. Investors are attracted to its potential impact on the global $23b e-bike industry. We have been blown away by the very high average investment, one of the highest in Birchal’s history with $7,639.”

The maximum raise is $2.2 million. With just over 20 days to run in the campaign, 134 investors have already committed more than $866,000 to Tiller Rides on a valuation of nearly $9 million for the pre-series A.

The cash will be used raise to buy the remaining parts required to turn on the production line and to boost its sales and marketing across Australia so more people can be a part of the clean  transport revolution.

Founded in 2016 by Julian Ilich and Ray Glickman, the duo have spend the past five years developing the e-bikes and other mobility products.

“Our first e-bike, The Roadster, is one of the most advanced and digitally connected e-bikes on the planet – everyone else’s e-bike is like an old Nokia phone in comparison,” Ilich said.

“Not only is it cheap to run, costing 20 cents to charge a battery that will last 95-100kms, it has insane features other e-bikes could only dream of.

Tiller Rides has a fleet of other products planned or in development including an electric scooter, a cargo e-bike, and even a micro car.

Ilich said the first 500 Roadster -e-bikes will begin to arrive in Australia in December – fresh off the production line. And while he hopes they will be a hot item with customers, he’s worked hard to stop them being hot property.

“The Roadster includes the world’s most comprehensive anti-theft system, so you’ll never stress about your bike being stolen again – a retracting Quicktether cable lock and keyless motion sensing alarm, mobile connected GPS tracker and central locking of all other removable features,” he said.

“It also has a stylish world-first moulded aluminium monocoque frame that houses the bike’s battery, electronics, mechanics, and even a storage compartment with a puncture repair kit and rain poncho.

“Furthermore, our bike doesn’t have a greasy chain that will dirty or chew through your clothes – it has a belt drive powering the tires, one of the only e-bikes in the world that operates this way – and it’s a trend that is quickly catching on.”

And why is Ilich comparing it to a Tesla?

“One of my favourite features is its connectedness – the bike has its own inbuilt SIM card which connects back to our central database,” he said.

“Just like a Tesla, The Roadster can self-diagnose any problems it may be having, and we can often fix your bike remotely by sending updates. Unlike other e-bikes, our customer service team will look after you throughout the bike’s lifecycle! Its mobile or Bluetooth connected app allows you to lock and unlock your bike remotely as well as track your speed and distance travelled. You can even charge your phone while you ride via the USB-C port.”