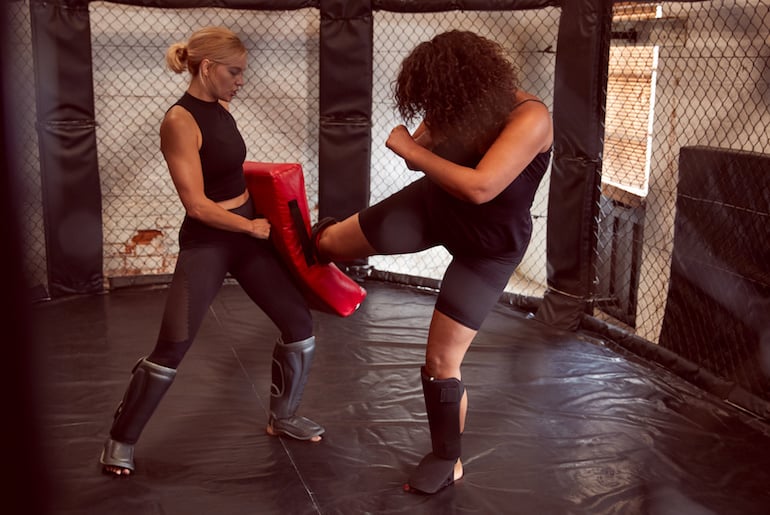 With gyms repeatedly on the frontline of government lockdowns, the business is now hoping its Charles Atlas 2.0 promise to turn mild-mannered blokes into Conor McGregor-level fighting machines can enlist tech to create a greater level of engagement with MMA fans.

Wimp 2 Warrior CEO and co-founder Nick Langton said that if not for the pandemic, the business would have hit eight figures of revenue in 2020.

“This fresh capital will be used to accelerate the build of our technology, super-charge our global growth, and attract some of the world’s best executives to take us into the next phase of our development,” he said.

“I believe that the most valuable company in the combat sports ecosystem will be the one that converts fandom into participation. Our mission is to do just that, by becoming the end-to-end platform for combat sports academies to connect with and monetise MMA fans globally.”

Former Winning Group tech executive James Fleet has signed on as chief technology officer to manage the global roll-out of the platform technology in 140-plus participating gyms in nine countries including Australia, the UK and USA.

The platform is currently being trialed by several gyms to drive customer acquisition and retention with plans to subsequently launch B2C MMA fitness and training programs people can follow at home.

Co-founder John Kavanagh said they hope to popularise MMA profitably in the same way CrossFit because part of a gym’s exercise mix.

“Rolling out a W2W program distribution strategy that can add 30 to 40% to the top-line revenue of every gym we partner with, will be absolutely transformational for both W2W and our partner gyms,” he said.

“What really attracted us to the investment was the proposition the W2W platform offered to a large but fragmented gym sector, leveraging its customer proposition more powerfully and activating a proven growth strategy,” he said.

“There is clear buy-in and runway for the consolidation of existing players but also a great growth strategy.”