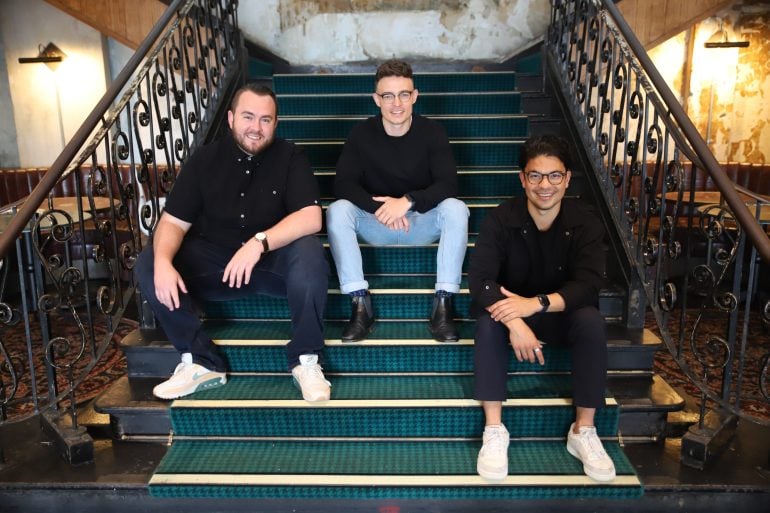 Live entertainment startup, Muso, has cranked up the volume as the nation emerges from lockdown with a $2 million seed-plus raise for international expansion plans.

The business previously raised $1.5 million in a 2019 seed round.

Muso already has eyes on an international series A round next year, but in the meantime, their first major cash injection will see the startup expand into New Zealand and the UK, as well as bolster its local venue lineup.

Founded in 2018 by Jeremiah Siemianow, Brandon Crimmins and Alan Jin, Muso began as an online marketplace for emerging musicians to find live gigs.

It subsequently evolved into a management system that’s the technology link between venues, booking agents and performing artists, to seamlessly book and manage gigs. It handles payments, rostering and scheduling, to automatic promotion.

In just under four years it’s coordinated more than 10,000 shows for 5,000 artists in more than 500 venues. Over the past 12 months the customer base has grown more than 10x, with 70-80% month-on-month growth when restrictions were eased earlier this year.

Bookings their own beast

Co-Founder and CEO, Jeremiah Siemianow said that while entertainment industry has well-established systems for rostering, inventory management and payroll, gigs are “their own beast” with separate systems.

“The volume and quality of our transactions and users to date is evidence that we’ve built a platform that suits the specific needs of the vibrant live entertainment industry,” he said.

“While things obviously slow during lockdowns, the appetite from venues, performers and the public for regular live entertainment continues to remain high.”

Siemianow said Muso was designed so entertainment could be managed in a similar way to the financial, marketing and other core operations of hospitality businesses.

“By easing the process, we’re essentially enabling venues to create more events – which is a win for the establishments themselves, but also patrons and artists.”

Most importantly Siemianow says their belief in the need for more offline entertainment in general is central to what Muso does.

“While everything has its place, our vision is to ultimately create more opportunities for people to connect in person, in genuine ways, to the benefit of society – all while supporting great talent and spaces at the same time,” he said.

“The Muso platform is so much more than a booking system. It’s a hyper local hub for great talent and venues that breeds opportunity.,” he said.

“Jeremiah, Brandon and Alan intimately understand the potential they’ve tapped and its importance to both culture and society. We’re excited to back Muso as it expands internationally and carves out a global category.”

Fellow investor and Athena Home Loans COO Michael Starkey said he was impressed by the “gumption and ambition” from the start, as well as their determination and perseverance to succeed.

“They are grounded and have a brilliant idea that benefits society on many levels. Their hustle and optimism during COVID, which for most in their space would have been devastating, has been unrivaled,” he said.

“Muso is addressing a problem that is begging to be solved. They’ve also created a business that has a genuine network effect and value. This presents a huge global opportunity. If their impressive traction in Australia is anything to go by, Muso has a wonderful future ahead.”

As part of Muso’s focus on helping the Australian music scene recover, it recently secured several grants to host a nationwide tour called ‘The Rise of the Pub Gig’. It will deliver 500 shows in 100 locations in Australia this summer.