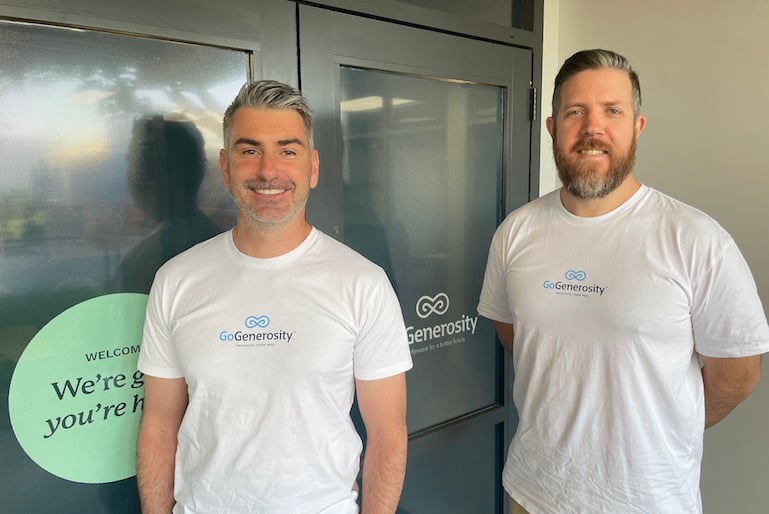 The raise was led by local private investors, with support from Icehouse Ventures. The funds are to expand the team and additional develop of the GoGenerosity software for new features such as EFTPOS integration. Recent hires include LawVu’s global software sales leader Paul Bickley and Uber customer success expert Rebecca Pitt.

GoGenerosity gives businesses a way for customers to pay-it-forward at their point of sale to support local charities.

The platform gives a company the ability to manage distribution of their own products to a charity and publish stories to their marketing channels, so customers to see how their generosity has helped to local people in need. The SaaS model sees businesses pay GoGenerosity a monthly fee for the software.

Founder and CEO Rohan McCloskey said the startup is now looking to expand its reach nationally before moving into Australia next year and then US in 2023.

“Over the last year, we’ve demonstrated that everyday Kiwis are willing to be generous in small amounts regularly, that we can attract high calibre talent and that investors truly believe in technology for good,” says .

“It’s blown us away to see people in our communities receive experiences that lift their self-esteem and give them a sense of dignity that makes them feel valued. Backed by our new team of investors, we’re able to hire more talented, purpose-driven people and build technology that will bring many small acts of generosity together to make a big difference around the globe.”

The idea came from McCloskey’s personal experiences during New Zealand’s lockdowns. He was a restaurant owner when the country shut down for the first time in 2020 and trialed a pay-it-forward model at his three local eateries.

It was a success for he collaborated with software marketer Aidan Lett, to create GoGenerosity.

Lett worked at Pushpay in its early startup years and was inspired by that purpose-driven company.

“We’re inspired by other Kiwi start-ups like Pushpay, who’ve used technology for good. We hope that our work inspires others to think of ways technology can create a better future for humanity,” he said.

His former boss, Pushpay co-founder Chris Heaslip is thrilled to have inspired the next generation of Kiwi startups.

“It’s exciting to see what Rohan, Aidan and their team are doing. I’m a firm believer that mission driven businesses will be the most successful in the future,” he said.

GoGenerosity now has a team of 10 people, with more than 30 businesses enabling their customers to pay-it-forward with more than $40,000 of food, clothing and pampering distributed to people in need.

An example is The Kids Store, where customers have donated $900 worth of children’s clothing to The Tauranga Women’s Refuge.

The Kids Store manager Sam Kidd said: “We love the fact that 100% of what we pay forward goes to locals that need it and our customers get to be part of our generosity story”.

The refuge’s general manager, Hazel Hape, said they love how GoGenerosity allows people to pay-it-forward in many ways.

“This helps Tauranga Women’s Refuge get access to restaurant-quality meals and brand new clothing, which gives the women and children in our community a sense of dignity in such a tough season,” she said.

“We have a simple view that startups like GoGenerosity who are solving real problems or generating real impact will generate significantly more value over the long term. GoGenerosity’s mission to impact communities in need is critical,” he said.