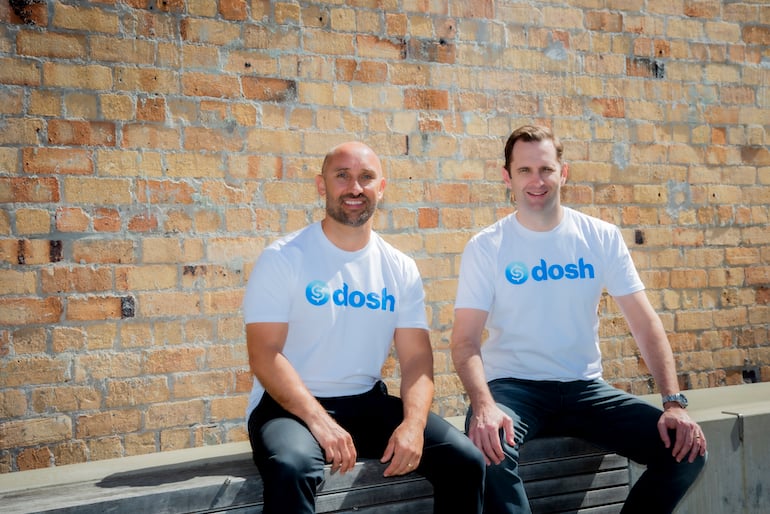 Kiwi fintech Dosh, New Zealand’s first digital wallet, has raised $5 million in a seed round that’s believed to be a local record.

It follows a $1 million pre-seed round in late 2021 for product build and NZ regulatory compliance.

The latest cash is for further product innovation and development, as well as roll out of a yet-to-be-announced global partnership co-founder Shane Marsh said will “change the game entirely” for customers as Dosh sets out to become the one-stop financial super app for all Kiwis.

“The significant Dosh raise reflects the material opportunity in New Zealand for a locally grown, digitally focused competitor in the banking services market,” he said.

“We believe there is a gap in the market for Dosh to provide services that  give Kiwis greater freedom and control over their money.”

Marsh co-founded Dosh with James McEniery after the pair returned home from working in finance in Singapore, where they were prolific digital wallet users.

Their smartphone app enables instant payments between friends and to businesses. Money moves instantly, meaning users no longer need to wait until Monday for funds to clear. Dosh users can instantly request payments, split out costs and pay people back at the touch of a button.

McEniery said most of the raise came from a private Kiwi investor are existing backers and shares their vision on the future of payments.

“The fact this round was oversubscribed gives us enormous motivation moving forward, and it also validates our business model. Kiwis want Dosh, and we’re giving it to them,” he says.

“Digital wallet apps are how people transact across Asia and the world. Setting up online banking payees and waiting for funds to clear is antiquated to the rest of the world. We quickly became accustomed to the  convenience of these applications abroad, and upon our return were taken aback to find  New Zealand so far behind in this area.”

Marsh said the uptake of Dosh reflects a global shift towards digital wallets.

“We have been thrilled with high levels of customer uptake and engagement with Dosh,  particularly as the technology is new to many here in New Zealand,” he said.

“Payments is just the beginning for Dosh; we have a big year of new developments planned and are excited to take Kiwis on the journey with us.”