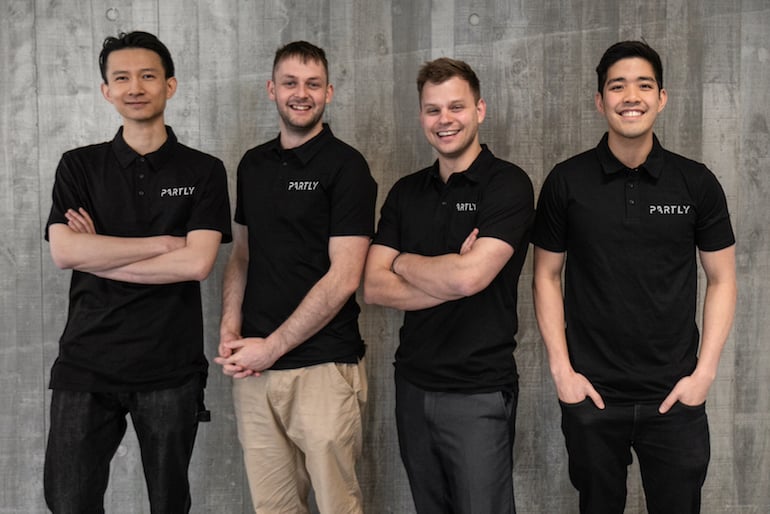 Aotearoa data startup Partly, which makes it easier to source vehicle parts, has raised NZ$37 million (A$34m) in a Series A.

It’s a national record for a Series A and follows a NZ$3.7 million pre-series A in October 2021.

The latest round was led by European VC Octopus Ventures, with Blackbird’s Kiwi wing tipping in for the third time. Other investors in the Series A include Square Peg, Shasta Ventures, Ten13, Square Co-Founder Randy Redigg, Hillfarrance, Icehouse and I2BF.

Partly will use the investment to continue its global growth and double its headcount over the next 12 months. The business is now active in New Zealand, Australia and Europe. Its global team includes 42 data scientists, engineers, and automotive veterans who’ve built algorithms that can find the correct parts for a car from its  number plate. The startup is now processing NZ$150 million in orders annually.

“The early founding team we have built is key to our success so far, and we use some bleeding-edge technology like Rust, Kafka, and ScyllaDB to manage millions of changes per minute from thousands of data sources. We have a large customer backlog and are prioritising key customers mostly in Europe,” he said.

“We’re looking for the most outstanding software engineers in the world who are excited about solving hard problems. We have a genuinely exceptional team across Australasia and Europe, and currently, we only hire around 1 percent of applicants that apply, so the bar is incredibly high.”

Octopus Ventures investor Matt Chandler said they were “incredibly excited” by the impact this company is already having on the global automotive industry.

“Partly is tackling a uniquely complex big-data problem which results in vastly improved outcomes for consumers. Since launching the company, the team has grown from strength to strength with deep engineering experience from the likes of Amazon, eBay and Rocket Lab,” he said.