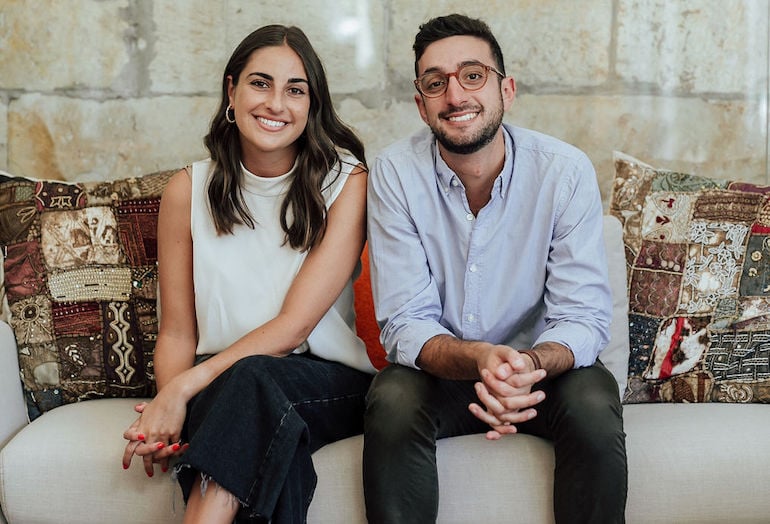 Digital news channel The Daily Aus, which has pioneered a social media-first approach to current affairs for younger Australians, has raised $1.2 million in Seed funding.

The round was led by media former Nine CEO David Gyngell, supported by Canva executives Zach Kitschke and Rob Kawalsky, as well as festival  the Untitled Group. The backing from Canva is synergistic given that The Daily Aus has built is Instagram audience using Canva to create its storytelling tiles.

Co-founders Sam Koslowski, 26, and Zara Seidler, 24, will use the cash to ramp up the newsroom headcount with new young journalists, as well as drilling down deeper into its audience insights for advertisers. The business is also eyeing off international expansion, and looking to launch in the UK in the next 18 months.

The Daily Aus distributes its content via Instagram, podcast and newsletter, as well as having a website. It’s part of a new wave of digital media looking to find younger audiences in a highly fractured media market. The Daily Aus now reaches more than 1.3 million Australians on social media a month and is heavily skewed towards young women, with 75% of the audience aged 34 and 80% female.

Even The Australian, with hits elderly white male demographic, has recently launched a youth spin-off, The Oz.

While news satire titles such as The Betootata Advocate and The Shovel have performed well, building strong followings on social media, titles such as The Squiz have also targeted a younger, digital-savvy female generation looking to have the news explained to them.

Koslowski and Zara Seidler quit their full-time jobs 18 months ago to focus on their media venture, which now has an Instagram following of more than 370,000.

The title, which has two journalists, is edited by Billi FitzSimons, the daughter of media royalty Lisa Wilkinson and Peter FitzSimons.

Koslowski and Seidler said “the hard work is just beginning” following the raise.

But there’s a certain energy around The Daily Aus and a quiet confidence that we’re onto something special. Above all, there’s a continued determination to serve high quality news to an under-serviced audience of young Australians, and to enhance our learnings of this dynamic, intelligent, proud cohort,” the said.

“We’re thrilled to bring some of the best minds of Australian business and media into the mix – we are ready to go, and know we have the best team in the business alongside us.”

Having followed in his father’s trade to become a highly successful media executive, investor David Gyngell said: “Zara, Sam and their team are very impressive. They understand their audience and respect them and in a very tough space, they’ve had some early success. It won’t come easy from now on, but it’s easy to support good journalists.”

Previous article ‘Be careful who you surround yourself with’: A tech founder’s advice on finding partners you can trust
Next article Startup founders on why it’s good to build outside of Sydney and Melbourne
Via Funding
Tags capital raisemediaseed funding