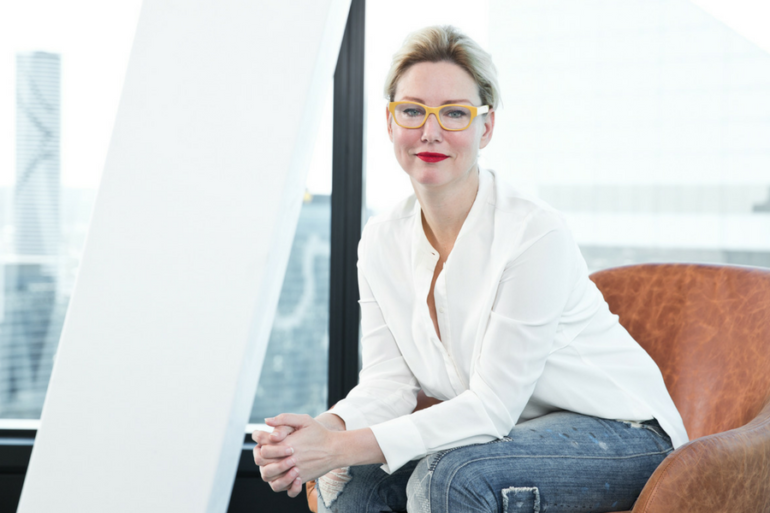 Dr Elaine Stead, the former head of venture capital at the now defunct Blue Sky Alternative Investments fund, has been awarded $280,000 in damages a defamation case against the Australian Financial Review and its Rear Window columnist Joe Aston.

Stead, who was described as a “feminist cretin” and “venture capital pyromaniac” in a series of columns by Aston, was singled out “in a sustained campaign of offensive mockery which amounted, in my view, to a form of bullying” Federal Court justice Michael Lee said in his judgment, handed down today.

The AFR and the former Fairfax Media (now Nine), have indicated they will appeal the decision.

Blue Sky was best known for backing startups such as Shoes of Prey and Vinomofo. The former failed in 2018. Vinomofo is gearing up to an ASX listing. Aston described Vinomofo as a “peanut” startup in 2019 “whose own collision with reality is surely imminent”.

Dr Stead sued the AFR and Aston for defamation over two columns, published in 2019, as well as a tweet by Aston that said she had an “unenviable record setting fire to other people’s money”.

Justice Lee ruled the tweet did not convey the defamatory imputation pleaded by Stead during the trial, but he did find four of the eight imputations Stead put to the court, albeit in some instances at a lesser level than Stead’s legal team asserted, were conveyed. They included that she is a “cretin” who “rashly destroyed capital causing enormous losses”, was “a venture capitalist, who made stupid investments in two worthless companies, Shoes of Prey and Vinomofo, which had no prospects of success” and was “an untrustworthy venture capitalist”.

“I am satisfied that the imputation that Dr Stead is an untrustworthy venture capitalist who fails to deliver on her promises to shareholders and investors was conveyed,” the judge said in an 84-page judgment following the case, heard in December.

The AFR and Aston dropped an initial defence of truth in favour of honest opinion during the case.

“He did single her out for focus and engaged in a sustained campaign of offensive mockery which amounted, in my view, to a form of bullying,” he said.

While Stead gave evidence that the columns were misogynistic, a claim rejected by the defence as “offensive”, Justice Lee said it was unnecessary for any finding to be made as to whether the Aston was motivated by misogyny or whether the publications objectively could be characterised as misogynistic.

In repeated columns had referred to Stead as “Brick Tamland”, the weatherman played by Steve Carell in the satire Anchorman, who had an IQ of 48, with the judgment noting its offensiveness.

“The targeted campaign of offensive mockery of Dr Stead was unjustified and improper,” Justice Lee wrote.

The judge wrote that “Dr Stead was a target Mr Aston determined to ‘go after’ because he perceived she was not taking responsibility for her alleged failures at Blue Sky and because of her insouciance, as he saw it, to the losses suffered by investors”.

In rejecting the journalist’s defence of his opinion that Stead was a cretin, Justice Lee concluded that: “Mr Aston had a genuine belief at the time of publication that Dr Stead was vapid, self-deluded, platitudinous, and a very poor venture capitalist; but I do not consider he honestly held the belief she was a cretin, in the sense of being brainless or grossly stupid.”

During the case Stead gave evidence that she began to have suicidal thoughts following the February 2019 column, which she described as the straw that broke the camel’s back.

“I just could not continue to do my role. I had to go see a psychologist because I was having suicidal thoughts. I felt like the core thing that was my purpose on a daily basis – which, as a venture capitalist, my reputation is everything. It’s the only thing I have. It’s the only thing any fund manager has. I just couldn’t see a way to get out from under the harassment and the bullying and the mocking and the humiliation,” she told the court.

The judge wrote that there was an asymmetry of power between Stead and Aston, who was “the one with the column inches”.

“To describe Dr Stead’s experience as likely to be “unpleasant” might be thought to be an exercise in considerable understatement,” he wrote.

Justice Lee said that investigating what happened at Blue Sky was a legitimate matter of public interest, and said during the case that Aston was “entitled to very trenchant criticism and to be entertaining and to be acerbic…, but I can’t help feeling that we wouldn’t be here after almost two weeks of a hearing if he had have chosen his words with less – how can I put it – vitriol.”

The judgment said: “given the offensive way that Mr Aston expressed himself, it appears Dr Stead felt she had no choice but to resort to the blunt instrument of defamation litigation”.

During the case, text messages between Aston and a confidential source emerged where the journalist wrote “A scan would show Elaine has no brain” after being told her mother had a brain tumour.

Aston initially defended the comments as a private conversation and “poor joke” but in a rare concession during cross examination, Aston said: “The words are not comfortable to hear back, obviously. I can see why people would think it was uncalled for.”

Following the judgment, Stead released a statement saying she was pleased with the decision after “more than two years of personal embarrassment, anxiety and distress”.

“I am grateful that the judicial process has helped me to repair the damage to my professional reputation and right the personal harm that the articles have caused me, although I will never be able to completely undo all the damage done,” she said.

A statement from the AFR said that the $280,000 in damages was low compared to similar cases, especially when the legal fees are expected to exceed $2 million.

“Expensive and disproportionate defamation cases like this have a chilling effect on freedom of speech,” the company said.

“The Financial Review is proud of Mr Aston’s work, and we will continue to report on important corporate governance issues without fear or favour.”

The court will reconvene next week to determine interest payments on the damages, as well as costs.