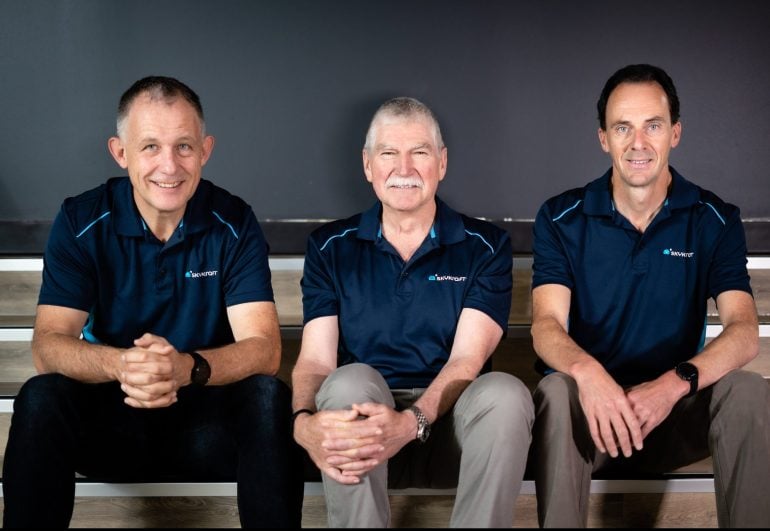 Skykraft, a Canberra space startup, has raised $3.5 million for its plan to build a satellite constellation for space-based air traffic management services.

The ACT-based space services company specialises in the design, manufacture and operation of SmallSat constellations for the delivery of global services. The capital will be used to design, build and launch the Block II validation satellites for air traffic management, replacing ground-based infrastructure to cover both surveillance and communication services.

The company has already completed rigorous ground testing and validation of its Block I SmallSat (Majura) in June 2021.

Skykraft‘s plan kicks off with 9 SmallSats in a 300kg payload which is scheduled to launch in June 2022 with SpaceX, ahead of operations beginning in 2023.

The company has co-founded by its Chief Engineer Dr Doug Griffin, Chief Innovation Officer Dr Craig Benson, James Prior and Professor Russell Boyce, director of UNSW Canberra Space. They remain major shareholders in the venture alongside the university and was the first of three spin-offs, so far, from UNSW Canberra Space.

Griffin and Benson both have 20-plus years of satellite mission and aerospace experience, including European Space Agency (ESA) and NASA missions, and the RAAF.

In December last year, Skykraft signed a Memorandum of Understanding with Airservices Australia, to explore and demonstrate the feasibility of space-based surveillance and communication technologies and its application in the aviation eco-system.

They said their startup will deliver a unique global product with the prospect of significant job creation and onshore opportunities for the growing space sector as well as delivering sovereign capability for Australia’s defence and government programs.

“Our SmallSat constellation will be a world-first, proudly out of Australia.”

“Skykraft has developed a leading technology with global relevance and unique attributes in Surveillance and Aviation Communication services for the large Air Traffic Management sector,” he said.

“Skykraft’s solution also contributes to CO2 abatement by allowing aircraft to travel on more efficient flight paths, which translates into both environmental benefits and reduced fuel costs for airlines.”