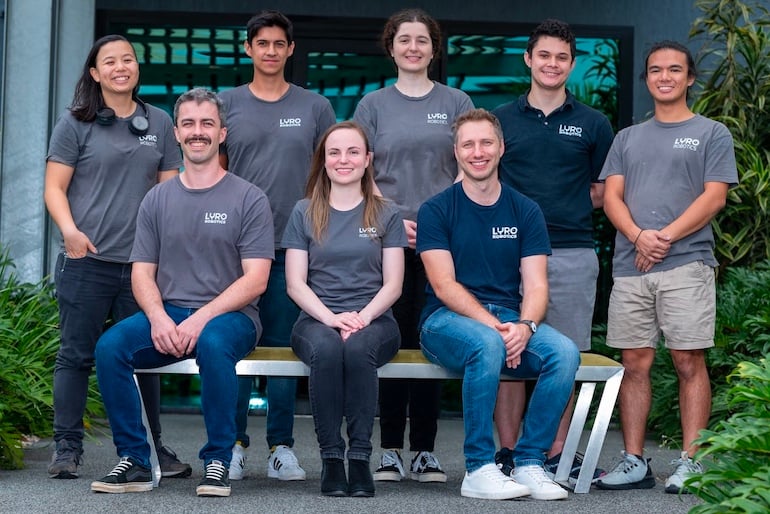 Queensland startup LYRO Robotics has raised $1.5 million in a pre-Series A to help local farmers get their produce to market.

The round was backed by several international and domestic investors, including Artesian/Boab AI and AgFunder joining original investor, Japan’s Toyo Kanetsu.

LYRO has built the world’s first autonomous robot, which can pick up delicate fresh produce from a conveyor belt and pack it into boxes. The startup plans to fulfil orders for more than 20 robots from the capital injection.

Food waste costs agriculture up to $2 billion every year, with 31% of produce wasted before it even gets off the farm.

With Australian farmers struggling, alongside businesses more broadly, for workers to help pick and pack produce, the amount of food being wasted due to labour shortages, LYRO Robotics is offering robotic-packing as-a-service for Queensland farmers, also solving the challenge of the initial capital cost of converting to automation.

The LYRO robots can be quickly installed on existing packing lines and farmers only pay for how much the robot packs, with no upfront capital outlay, making it easier for farmers to incorporate the robot into their existing operations and financial systems. 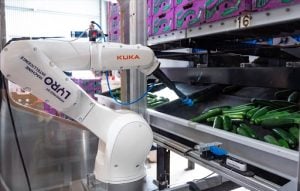 A LYRO robot in action

The startup was founded by a team of world-leading experts in robotic vision, deep-learning and grasping. They previously worked at the Australian Centre for Robotic Vision, and as ‘Team ACRV’, won the 2017 Amazon Robotics Challenge to create a robot which could identify, pick up and stow warehouse goods.

Co-founder Juxi Leitner said that after two years of research and development, LYRO Robotics is initially focused on the needs of agriculture, but the technology can be applied to a wide range of challenges, from manufacturing and warehousing to recycling

“We have created the full technology stack – the brain, the eyes and the hands,” he said.

“Marrying computer vision with advanced grasp detection and high-level decision making allows our robots to do much more than simply put things in boxes – it lets them tackle a range of challenges which were previously too delicate or complex to trust to a machine.”

Dr Leitner said that unlike traditional automation systems, there’s no upfront expense and extended downtime as the solution is installed.

“We can have a robot up and running in an hour, working on a produce packing line side-by-side with people,” he said.

“We’re looking to scale up operations to reach farmers across Australia, helping them meet the labour shortages which threaten to stop their precious crops making it to the supermarket shelves.”