Carbonix, the Sydney startup that pivoted from high-speed sailing to drones, has raised $6.3 million in a late seed round ahead of US ambitions.

The round was led by ASX-listed defence aerospace manufacturer Quickstep (ASX: QHL), and comes as the venture lands a major deal with electricity supplier Ausgrid to use Carbonix drones to monitor its power network.

Ausgrid director of transformation Steve Lewis said the Carbonix drones will be the centrepiece of ambitious plans to complement and replace tasks traditionally completed with manned aircraft.

“They can give us comparable data to a helicopter, but with less disruption on the ground, lower cost, and a significantly smaller carbon footprint. Ausgrid is proud to be leading the industry in the adoption of smart new technologies,” he said.

“My vision for Carbonix is to solve real-world problems with elegant technology,” he said.

“Closing this round will enable us to deliver commercially on the results of a dedicated development journey. I’m very happy that we could keep the business Australian owned.”

Over the past five years, his company has pioneered development of long-range vertical Take Off and Landing VTOL drones with high-resolution sensors, capable of flying for up to 10 hours.

The drones have completed more than 1,500 hours of flight testing and the funding will see Carbonix scale both its production and service offerings, with plans to expand its Drone-as-a-Service (DaaS) concept into North America.

“We offer a bundled package on a subscription basis that includes the UAV system and payload, training, maintenance and upgrades, compliance, even insurance, thus providing a turnkey solution for our clients,” he said.

“This is possible because Carbonix has years of experience building and operating UAV systems in-house.”

Investor Quickstep specialises in carbon-fibre components, supplying companies such as Lockheed Martin, and will assist Carbonix to ramp up its production.

Quickstep CEO Mark Burgess said the investment was part of the company’s strategy to focus on unmanned air systems for the global commercial and military market.

“We see participation in this round as a way for Quickstep to gain exposure to the rapidly growing unmanned aerospace services market,” he said.

“Quickstep contributes to the partnership a proven capability that will help Carbonix scale manufacturing, right here in Australia”. 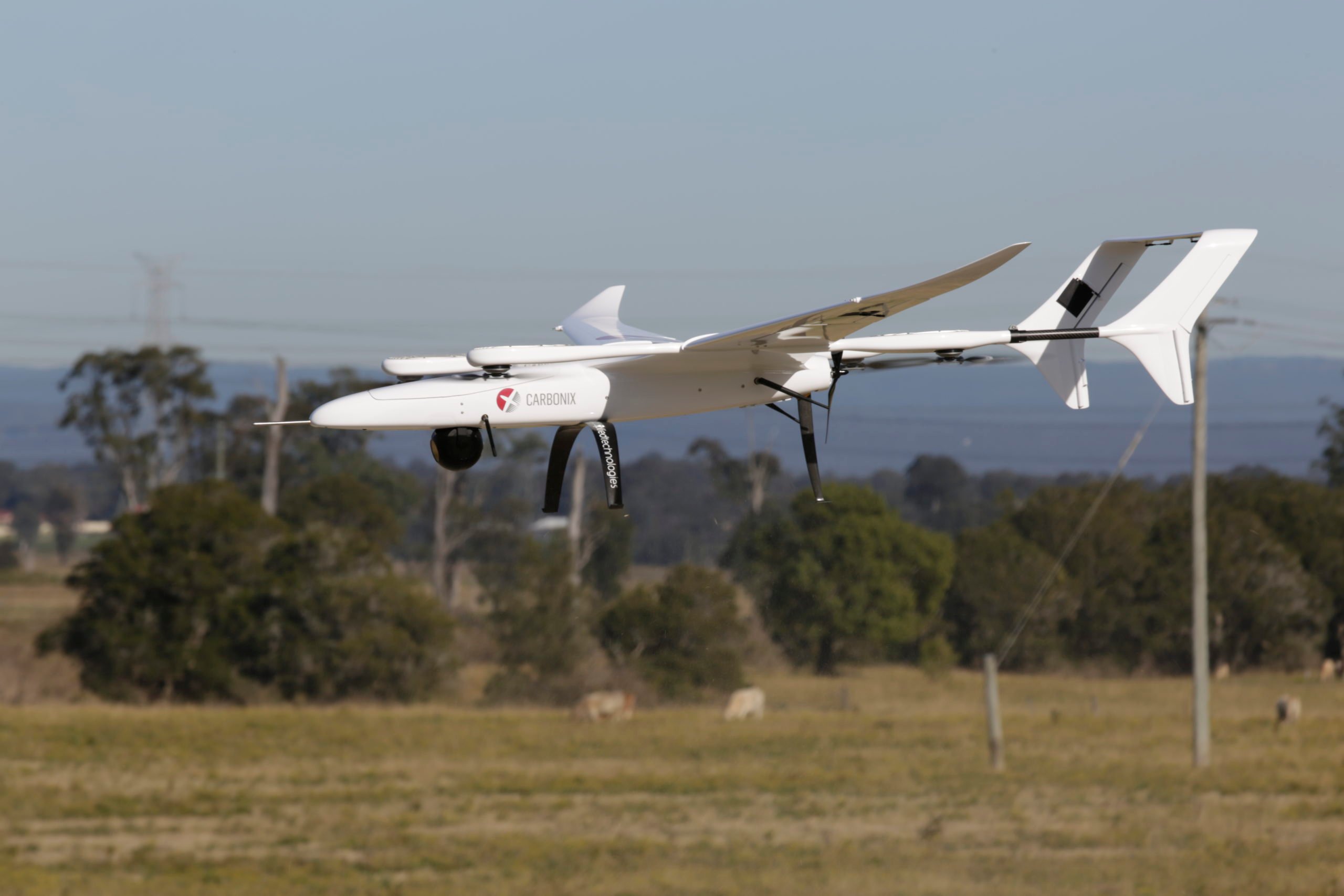